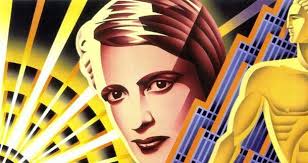 I am teaching business ethics to a class of MBA students. The course covers the main alternative moral codes:

(To learn more about these moral codes and how they apply to business, read my book, How to Be Profitable and Moral: A Rational Egoist Approach to Business).

The students are quite receptive to rational egoism (egoism for short) and its principles. They recognize it as a guideline for achieving their self-interest in the long term, which therefore necessarily excludes trampling on other people. It is not surprising that the students are attracted to egoism, as it has been recognized as “the common sense morality.”

But the students are puzzled as to why altruism is the dominant moral code in today’s culture and why egoism is not common at all, although the latter to many of them seems as the best guideline to human flourishing and to long-term profitability in business.

Why indeed is altruism, the moral code of self-sacrifice, so widely adopted? Why are people convinced that always putting others’ needs ahead of your own interests is moral? Why do they believe that it is good to give up a job offer or a bonus for the sake of someone who need it more than you do? Or why do they think it is better to donate your money to alleviate child poverty elsewhere and forego funding your own children’s college education, as philosopher Peter Singer argues? (For more about the appeal of altruism, read Peter Schwartz’ excellent book: In Defense of Selfishness).

I do tell students that ethics is a choice. As beings of volitional consciousness, we don’t have any innate, automatic “moral compass” or code to guide us. Not having any automatic knowledge about the right (life-enhancing) goals and the right means to achieve them makes us fallible. Therefore, it’s necessary to discover such knowledge and to choose the right moral code to guide us in achieving our values and goals.

But how do people typically choose a moral code?

Research shows that most people do not think about ethics explicitly after their early twenties (if they do it at all). Many accept as given what they have been taught about morality at home, at school, or at church. And for most, that morality is altruism, based on a couple thousand years of philosophical tradition and cultural dominance of condemning self-interest as evil and serving the needs of others as good and noble. They are unable, or unwilling, to resist the pressure to conform to the dominant view of morality.

Most people who adopt altruism as their unquestioned moral code recognize that systematic self-sacrifice is impossible and suffer from guilt because to live and flourish, they cannot put their own interests aside and continue serving others.

And most of those who conclude that the code of self-sacrifice is an impossible guide to living, reject altruism and morality in general as impractical. These people become moral pragmatists. They don’t have any principles at all and act guided by expediency: “Do whatever it takes to get what you want.” This easily leads to cynical exploitation, with no hesitation to prey on others through deception and fraud, to satisfy one’s own desires.

To discover and choose a rational moral code, egoism (most fully developed by Ayn Rand), requires independent thinking: looking at reality first-hand to discover that we need a moral code to live and to flourish and reaching the logical conclusion that such a moral code must be consistent with the requirements of human nature.

Only by thinking independently—as opposed to conforming to the prevailing moral code or defaulting to moral pragmatism or cynical exploitation—can we discover that our nature requires using reason to survive and to achieve our other values. The moral code of rational egoism teaches us how to do just that.

If we want more rational selfishness—and human flourishing—it is independent thinking we must encourage, in our children, students, and anyone with whom we deal regularly.