Dr. John Rodgers on “Is Devaluation in the cards?” 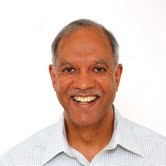 “Recently, in the newspapers there have been several articles concerning the possibility of  a devaluation of the Bahamian dollar. There appears to be contrasting views as to whether a  devaluation will occur,  and if so, when. This is a very important discussion because the word devaluation evokes an enormous amount of fear and concern in the minds of most people. The purpose of my talk is to explain exactly what a currency devaluation is, and how it might happen, so that people will have a better understanding of this somewhat misunderstood subject and be able to take the prerequisite steps to protect their assets.”

The event is free and open to the public. Donations welcome.

On returning to The Bahamas in 1984, Dr. Rodgers was appointed to the post of Chief of Ophthalmology at The Princess Margaret Hospital and entered private practice the same year. Dr. Rodgers has always had a keen interest in the treatment of presbyopia having had experience with the Summit holmium laser and later on with laser presbyopia surgery. Dr. Rodgers also worked closely with the late Dr. Alberto Osio in Mexico City, where one of the first successful protocols was developed for the treatment of presbyopia utilizing the excimer laser as well as theories pertaining to pseudoaccommodation.

Dr. Rodgers established the first outpatient ophthalmic clinic in The Bahamas in 2000 where the first excimer laser surgery in The Bahamas was performed. The Vision Rejuvenation® Center is now part of Dr. Rodgers’ clinical and optical practice which is located in The Harbour Bay Shopping Center in Nassau, Bahamas.

The Vision Rejuvenation® Center in Nassau, Bahamas provides a rapid, painless, safe and non-invasive laser treatment, similar to LASIK but without the side effects, that can reduce or eliminate your dependence on eyeglasses to see objects that are in close range.

Tickets are not available as this event has passed.