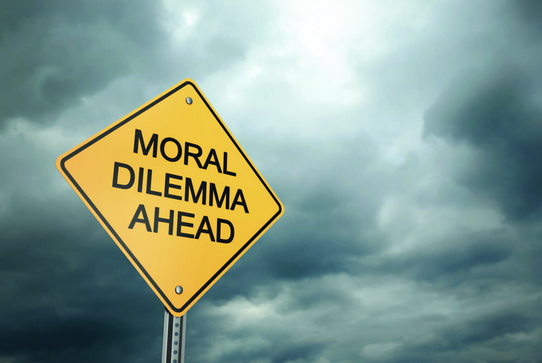 The Oxford Dictionary defines Venture Capital as “capital invested in a project in which there is a substantial element of risk”.

Bearing this in mind it is disconcerting that a political candidate and former head of the Bahamas Government Venture Capital Fund, wrote recently that the key to economic growth is moving more of the poor into the middle class by providing this segment of the population with better access to capital, by creating uniquely tailored programs to assist SME’s” (Small and Medium Enterprises).

Of course the entire argument rests on government providing that capital from Bahamian taxpayers, or by forcing banks to lend their depositors savings for entrepreneurial ventures that the politician’s personal experience with local startup’s has shown them to be high risk. And the taxpayer money advanced might be lost in most cases.

Where did the idea that taxpayer money should be used to provide capital, or the coercive power of government employed to force others to provide those start up funds for entrepreneurs come from in the first place?

It is incorrect to suggest that the government needs to dictate what banks should do with their depositors money, or why entrepreneurs today deserve taxpayer start up funds. We need less bureaucratic red tape so new businesses are able to get up and running to serve their potential clients. And if the customers like the goods or services provided, wealth and economic growth will result. There are many local examples of successful entrepreneurs who did not give up when having to deal with obstacles, like the lack of capital for example. Not unlike business people have faced around the globe.

Again, entrepreneurship is about ideas and providing people with products and services they want or need. Sometimes, as someone pointed out about Steve Jobs at Apple, it’s even about creating a product that people don’t know they need yet.

The only reasons to suggest that entrepreneurs receive these so called “uniquely tailored programs” is to speed up the growth process of these new businesses (SME’s), and transfer potential losses to other people. These are not the right incentives. They set more politically constructed moral hazards in play, leaving the taxpayer on the hook yet again.

It is correct that “Successful entrepreneurship allows people to move from poverty to wealth” but it is wrong to expect taxpayer “venture” capital or for the government to dictate that banks and other institutions provide it. This position is no more than a politically motivated albeit diplomatically worded attempt to transfer wealth by force.

It is immoral for anyone to propose that banks should be forced by the government to lend depositors money for start up businesses. If made law it would be legal plunder.

Frédéric Bastiat (1801-1850) even wrote about it in his monograph entitled The Law that was first published 1850.

“Sometimes the law defends plunder and participates in it. Thus the beneficiaries are spared the shame and danger that their acts would otherwise involve… But how is this legal plunder to be identified? Quite simply. See if the law takes from some persons what belongs to them and gives it to the other persons to whom it doesn’t belong. See if the law benefits one citizen at the expense of another by doing what the citizen himself cannot do without committing a crime. Then abolish that law without delay – No legal plunder; this is the principle of justice, peace, order, stability, harmony and logic.”

Surely politicians can see this in the 21st Century?

Of course there is a need for venture capital, but individuals should decide how they wish to invest their hard earned money. It is not the purview of politicians to dictate that.

Basically I remain concerned about the possibility of the political class forcing banks to lend their depositors money for venture capital which has to be one of the most vile propositions I have heard in a long time.

Of course, if anyone wishes to lend their money to start up businesses directly that is perfectly acceptable, but to force banks to lend other people’s money is nothing short of theft.

The idea that successful business people come from money is also unfounded.

“John D. Rockefeller, according to Investors Business Daily, was the wealthiest person in U.S. history, but his father was an itinerant peddler who deserted his family. Andrew Carnegie, the man who made American steel competitive, was a poor immigrant from Scotland. Robert Morris, the indispensable man in financing the American Revolution, was an immigrant from England. Henry Ford lost his father at a young age and so did Kemmons Wilson, who started Holiday Inn. Many of the greatest entrepreneurs in U.S. history started life desperately poor but they valued the freedom they had to create new products.”

George Eastman, of Eastman Kodak fame, was also mentioned regarding how he had no capital but he had integrity and obviously a lot of tenacity and could not depend on government to force people to lend him money to build his business.

So let’s get off this political soap box that in order to create a business we need to force other people to lend their money. Heck the company I work for was started in 1940 and that year we sold just three cars. And it was not until the 1970’s when there was a reasonable return on the investment. That’s more than thirty years later!

Regretfully business growth takes time and there are often many failures along the way. Yes there are those shooting stars once in a while, but they are the exception.

“It is amazing how many of the intelligentsia call it “greed” to want to keep what you have earned, but not greed to want to take away what somebody else has earned, and let politicians use it to buy votes.”

Maybe it is time a group attempt a Venture Capital Fund where private investors who wish to voluntarily provide their money for projects in which there is a substantial element of risk can do so. But to use the coercive power of government to accomplish this is immoral.