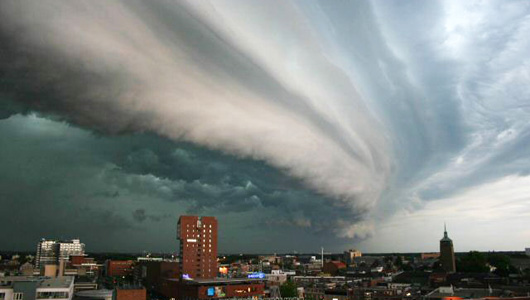 Currency devaluation is a bad thing. Unfortunately it is often prescribed by the IMF as a quick and easy solution for what ails an economy. Sort of like a crash diet that treats the symptoms instead of the disease.

Basically, the IMF believes in mercantilism–the statist notion that one country’s wealth is achieved at another country’s expense. This fallacious idea causes governments to discourage imports and encourage exports. This idea says that trade deficits, foreign investments and immigrants are considered negative and not to be trusted. Undue foreign influences are to be rectified with protectionism. These policies promoted by the IMF also indirectly encourage “Cronyism”, since it magnifies the state’s role in business and the dispensation of favours to business in return for favours in-kind.

You will recall that not so many years ago, economists were talking about the “Asian Miracle”. For many years, production and jobs grew faster than anywhere in the world. The standard of living skyrocketed. I lived in the middle of it for while. But it was no miracle. Asia prospered because capitalism was allowed to flourish. Cross-border flows of labour and capital were allowed. Government intervention was at a minimum. Currencies held their value, taxes and inflation were low.

So, what changed? In 1997, Thailand, Malaysia, South Korea and Singapore were encouraged by the IMF to devalue their currency that had been fixed to the US dollar. Russia’s Ruble was also tied to the US dollar until the IMF pushed for devaluation and debt defaults. Economic deterioration in Russia and Asia was also aggravated by cronyism as a result of government involvement in the economy and business, as these countries followed the policies endorsed by the IMF.

Mexico, too, fell into a crisis when, at the instigation of the IMF, it devalued the Peso in 1994-95. Only when Mexico re-established a Peso that was semi-fixed to the dollar and weaned itself from the aid of the IMF did its economy recover. The IMF calls Mexico one of their successes, but Mexico recovered when it stopped taking the IMF “medicine”. More recently, the upheaval in Argentina and Brazil are other examples of governments taking the “medicine” prescribed by the IMF. When Indonesia attempted to re-stabilize its currency by tying it to the dollar, the action was opposed by the IMF. Today, the IMF is working with the US government to get China to follow the same route and allow their currency to “float” in the hope that it will increase in value so that China becomes less competitive with the US.

Why don’t the policies of the IMF work? When borrowers contract debts in dollars, they expect them to be interchangeable with local money. When a government suddenly and arbitrarily decides to devalue, these debts often have to default. Widespread bankruptcies become the norm. When the value of the local money becomes uncertain, because people have no way to know what government is going to do, international trade stagnates overnight. Foreign capital flees, either legally or illegally. Banks fail. Unemployment soars. Argentina is the most recent example of this occurring in its extreme. These consequences inevitably occur whenever a country follows the IMF guidelines and directives.

Of course, when these events happen, the IMF offers more “bailouts” in return for more of the disease that brought about the problems in the first place; specifically, more government intervention with higher taxes, higher interest rates, nationalizations, deportations, and price controls.

The Bahamas is on this same path – too much government intervention and control over the economy, excessive spending, cronyism and protectionism. And guess what the IMF is suggesting might be necessary solve the problems — devaluation! Of course, the other standard IMF prescriptions are given1, such as “raising international reserves” (read: new taxes) and “structural reforms” (read: more government intervention in whatever area they may arbitrarily decide is necessary). If the economy of the Bahamas deteriorates to the point where the IMF gets involved, you can be sure the consequences will be the same as in every other country in which IMF policies have been followed.

One would think we would learn from the recent examples of the collapse of the socialist experiments in Eastern Europe and Russia, and see the evils of government-managed economies. And one would think we could see the same evils in the IMF, a government-run global agency that offers nothing but more subsidies, controls and statism. Careful examination will reveal that the IMF is a global welfare agency that generates crises rather than solves crises.

So what is the answer? It is time to practice policies that created the “Asian Miracle”, namely, a capitalist system that minimizes government involvement in the economy and business, a stable currency that is tied to something that gives it real value, such as the US dollar or gold, and a policy that discourages cronyism and encourages free flow of labour and capital. These policies will avoid the need for an IMF bailout, and the “illness” that comes with it.