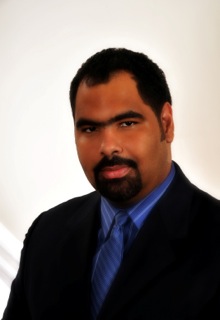 The Nassau Institute is pleased to announce that Mr. Bowe will address an audience on Wednesday, March 26, 2014 on Value Added Tax (VAT).

Mr. Bowe is the co-chairman of the Bahamas Chamber of Commerce and Employers Confederation’s Coalition for Responsible Taxation, and is very knowledgeable on this subject, so has lots of food for thought.

The event will be held at the Nassau Yacht Club, Bay Street.

The event is free and open to the public.

A cash bar will be available.

Gowon N.G. Bowe is the co-chairman of the Bahamas Chamber of Commerce and Employers Confederation’s Coalition for Responsible Taxation, and is a partner with PricewaterhouseCoopers Bahamas in the Assurance and Business Advisory Services group.

He is a graduate of St. Anne’s High School, and a proud alumnus of the College of The Bahamas.  Gowon earned a Bachelor of Commerce in Accounting with First Class Honours and a Masters of Business Administration with a specialism in Finance from Dalhousie University in Halifax, Nova Scotia, Canada and was the recipient of the University Medal for the Commerce department due to high academic achievements.

Gowon joined PwC as a full time employee in September 2000, and in 2001, he passed all parts of the Uniform Examination of Certified Public Accountants on his first attempt and placed second overall in the State of Georgia.  Gowon was seconded to the London office of PwC in the banking and capital markets division in 2003 and was promoted to manager in January 2005, a remarkable achievement in the timeframe.  Gowon returned home in October 2005, was promoted to Senior Manager in 2007 and admitted to the partnership in July 2010.

Gowon has responsibility for several of the Firm’s largest audit clients and his other areas of responsibility include the internal functions of accounting and audit technical, risk and quality and chairman of the insurance industry group.  He is also 2nd Vice President of the Bahamas Institute of Chartered Accountants (BICA).  Gowon is a regular speaker at seminars and training sessions, including both in-house and client-facing, as well as business/accounting related discussion forums and media programmes.