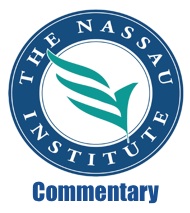 A look at the national budget and debt over the decades reveals that spending and borrowing have grown exponentially. The country is in this mess because of both political parties, not just one or the other, so there is no point in casting blame. The country needs solutions.

With the national debt now over $6 Billion, and off line liabilities estimated at $2 Billion (or more), the country’s debt to GDP ratio is close enough to 100%. If a 40% debt to GDP ratio was considered the correct target level ten years ago by the political powers, what can and must be done?

First of all, the right thinking Members of Parliament and Senators from both political institutions must get together and force the accountability of the government.

Yes, this will upset the powers that be, but what are they going to do, fire all of them and go to a general election? Doubtful.

So here’s a few ideas:

Most importantly, those M.P’s and Senators that agree privately that steps like this need to be taken, must find the courage to step out from the shadows of going along to get along, to set the country on a more sensible fiscal and economic course.

So, will The Bahamas be found wanting as 2015 comes to a close or will the resolve be summoned up to begin to repair the damage that has occurred as a result of not considering the long term effects of bad public policy?