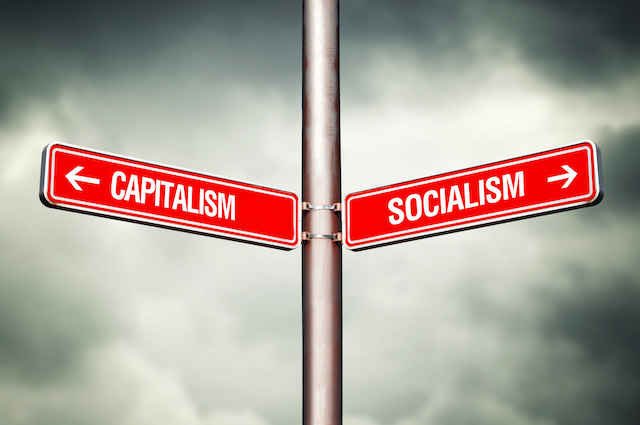 I was intrigued recently to read a review of Mr. George Soros new book and hear him proclaim that the Free Market was not necessarily the right economic system. It would appear that it was fair for him to make his fortune under Capitalism but he thinks the system should now be changed. All we have to do is trust more socialist policies with government intervention and everyone will be equal and all the world-s social ills will be taken care of.

Now this talk is fit for political rallies regardless of party affiliation. But my excitement fades with the knowledge that most men like Mr. Soros made their fortunes in a Free Market environment.

Capitalism, simply put, is a political philosophy that makes the consumer sovereign, whereby Socialism and by extension Communism places sovereignty in the hands of the state or politician. Capitalism allows the individual to enjoy the fruit of ones labour.

Personally, I come down on the side of Capitalism and hope the same opportunities are available to others. I want to be able to provide a product and/or service my clients demand to help my company continue to grow.

In his review of Mr. Soros recent book, The Crisis of Global Capitalism, Mr. Llewellyn Rockwell Jr of the Ludwig von Mises Institute had this to say:

“What’s more interesting is the psychology of billionaires who want to deny others the opportunities that made them rich and influential. Out of guilt or a desire to block others from following in their footsteps, they adopt a redistributionist mentality, not just in their philanthropy but in their politics.”

“In a market economy, no man has the power to shape the world on his own. Entrepreneurs excel at anticipating consumer behaviour and acting on it; they do not control the behaviour itself. Speculators excel at predicting future values; they do not control those values. Capitalism means allowing people to get rich by serving the needs of others. Becoming a billionaire apparently tempts some form of megalomania.”

“This disease has other effects. Tired of competing for their place in the market economy, they long to impose their wisdom on the masses by means of state power. This is why they are inclined to adopt an anti-capitalist credo. They imagine that their wealth and power will give them a leg up when it comes time to design the world according to socialist strictures.”

“Soros made the wrong bet, lost one of his shirts, and turned against capitalism. He believed himself to be the most powerful man in the world. It turned out that there is something more powerful, which is the market itself.”

I certainly agree with Mr. Rockwell when he stated: “If George Soros wants to repudiate capitalism, let him begin by eschewing the market that is currently selling his book.”

In recent months America, Britain and Germany have been suggesting that there is a “middle ground between free markets and socialism, between conservatism and liberalism, between government dependency and economic freedom.”

“The picture you get of the state in the “third way” literature is of a loving, caring, and wise public servant, comforting the afflicted and providing security for the marginalised. In fact, no such state has ever existed or ever will, for one main reason: the distinctive characteristic of the state is its use of violence, not its provision of love. It has no resources but those it acquires through aggression against people and their property.”

“Ludwig von Mises argued many years ago that the third way is unstable because interventions (by government) create unforeseen bad effects, which seem to cry out for still other interventions. The result is a relentless march toward the planned economy, unless definitive steps are taken to roll back the state.”

In 1850 Bastiat wrote The Law in which he leaves a clear understanding of where socialist policies will lead a nation.

“Law is justice. And it is under the law of justice – under the reign of right; under the influence of liberty, safety, stability, and responsibility – that every person will attain his real worth and the true dignity of his being. It is only under this law of justice that mankind will achieve – slowly, no doubt, but certainly – God’s design for the orderly and peaceful progress of humanity.”

“It seems to me that this is theoretically right, for whatever the question under discussion – whether religious, philosophical, political, or economic; whether it concerns prosperity, morality, equality, right, justice, progress, responsibility, cooperation, property, labour, trade, capital, wages, taxes, population, finance, or government – at whatever point on the scientific horizon I begin my researches, I invariably reach one conclusion: The solution to the problems of human relationships is to be found in liberty (free markets).”

Which Side Are You On?

This debate has been waged for a long time. I choose to take the side of the individual, not the state, fighting society-s ills. Where the individual takes responsibility for his own actions, and where s/he thinks for him/herself – The Free Market.

“What accounts for the infatuation with political solutions and control? Perhaps citizens too often consider government in ideal or abstract terms without contemplating the harsh realities of bureaucrats wielding the power of legal coercion. Wishful thinking also sustains the notion that government can simply pass a law to correct some perceived problem. Implicit in the willingness of people to transfer control over their lives to politicians is the belief that government is somehow omniscient and benevolent”.

Which side of the debate do you choose, Socialism or Capitalism?