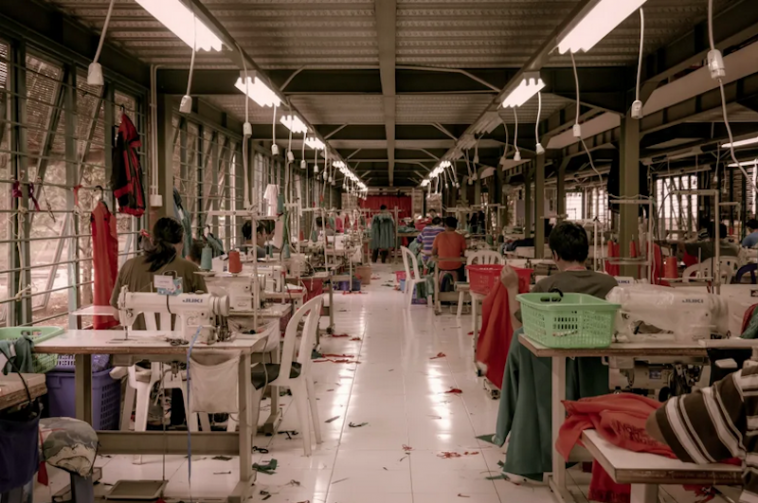 Sweatshops are commonly condemned for exploitation, particularly those that employ mostly women in the garment industries of developing countries and pay low wages for long hours of work in often poor conditions. ENGOs such as Extinction Rebellion that prioritize the planet over people, also condemn sweatshops. They accuse the fashion industry for putting “a terrible toll” on the planet through carbon emissions and strain on “planetary resources” by “relentlessly creating new fashion from new materials”—at sweatshops.

A standard strategy of NGOs and ENGOs is to draw attention to their cause by attacking well-known brands associated with sweatshop manufacturing. Michael Schellenberger, a long-time environmentalist and the author of Apocalypse Never: Why Environmental Alarmism Hurts Us All (2020) describes Extinction Rebellion’s protests against the fashion industry’s environmental impact during London Fashion Week in 2019 as an example. The protesters blocked traffic, chanted, and staged a fake funeral march to shame “fast fashion” producers such as H&M and Zara and their customers. It gained wide media attention, as have many similar protests.

Consumers seem to take notice. A recent survey reports that 33% of respondents had switched to more “sustainable” clothing brands, and 75% said that environmental sustainability was an important consideration in buying clothes.

This attitude is shared by some of my business students. When discussing the case of the Canadian fast-fashion brand Joe Fresh and its sourcing of  “aggressively priced” garments from  Bangladesh, several said that they would pay, and had paid, multiple times more for a T-shirt and other garments they believed to be sustainably sourced from factories that paid “living” wages and that minimized their environmental impact.

These students believed that it would be ethical of consumers to do so, and they advised fashion retailers to stop sourcing from sweatshops—because that would be better for people and the planet.

Michael Schellenberger challenges that belief in Apocalypse Never. He presents the opposite argument from a pro-human perspective: manufacturing of clothing and other consumer products in sweatshop factories in developing countries is not destroying the planet and exploiting workers. Rather, manufacturing helps save the planet and end poverty.

The argument, in a nutshell, is this. More than 250 years ago, the Enlightenment era’s advocacy of human reason and freedom led to an unprecedented period of innovation that triggered the Industrial Revolution in England and the United States. New efficient sources of energy (coal, steam) were discovered and harnessed, ending the inefficient burning of biomass and thus saving trees. The new sources of energy powered machines that were invented to replace human labor, and new chemicals were identified for the use as fertilizers, pharmaceuticals, and synthetic materials.

This cycle of more efficient farming (producing more food on less land) and manufacturing has repeated itself throughout the world, raising a country after a country out of poverty. Increasing demand for manufacturing labor has driven up wages, and demand for more sophisticated products (such as automobiles and satellites) has increased worker training, skills and wages, in a virtuous circle. Garment manufacturing has moved from China and Indonesia to Vietnam and Bangladesh. As these countries prosper, it is moving to Ethiopia and elsewhere in Africa. Prosperity will increase there as well, given sufficient economic freedom.

Manufacturing in developing countries often starts at sweatshops that produce simple consumer products such as clothes and shoes. Besides paying low wages and having poor working conditions, many also pollute by dumping waste. But workers escape farming and flock to sweatshops, because the pay is better and helps them rise from poverty. Sweatshops will disappear (and pollution diminish) with increased economic growth and wealth they help generate, and the factories that replace them will be safer (also due to the increased scrutiny by the brands that source from them).

Despite ENGOs’ and NGOs’ arguments, fashion (and other) brands that source from factories in poor countries (and hold them accountable for worker safety) are not acting unethically, nor are the consumers of such brands. As Michael Schellenberger has shown, producing and consuming fast fashion and other sweatshop products is a win-win scenario for human flourishing: consumers get inexpensive products, workers and their employers prosper, working conditions improve and pollution diminishes, the planet gets greener, and the brands profit.

Photo by Rio Lecatompessy on Unsplash