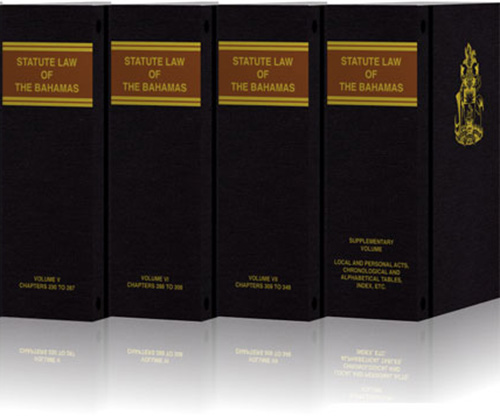 “If the world were a logical place, we would expect to see a correlation between assertiveness and objective truth… Discourse is usually cloaked in the rhetoric of rationality. However, data is a necessary ingredient to rationality, particularly data showing variation. Without data opinion prevails. Where opinion prevails, whoever has power is king. The ultimate correlation, therefore is, more likely between assertiveness and clout, not assertiveness and objective truth. It is possible that managers who wish to hold on to the illusion of power may resist a statistical review of work.”
Peter R. Scholtes – The Leader’s Handbook.

Mr. Scholtes, although commenting on the practice of business managers, must have read our recent Speech from the Throne to form his assertion. It appears that minimal data was used to determine why we need 25 new Acts, 17 amended Acts, the implementation of 4 Acts previously passed, the construction of 20 or more buildings, plus financial support for numerous initiatives. At what cost and benefit?

It would be beneficial if while these bills are being debated if Members of Parliament would provide details as to what the laws will cost in terms of additional taxes or how much our National Debt will have to increase to accommodate them. There was little mention in the Speech from the Throne of what the cost of this multiplicity of legislation and regulation will be to the taxpayer, and presumably the benefits will be “cloaked in the rhetoric of rationality” during the debates.

Back in 1996 the US adopted a law requiring the Office of Management and Budget to report the costs and benefits of governmental regulatory programs. Although the first report was not what was envisioned it was a first step to determining how much taxes will have to be raised and how much consumer prices will increase as a result of the additional regulations and the “personal objectives” of the inspectors charged with “enforcing” them.

Parliament or the relative Ministry should conduct a “Cost-Benefit Analysis” (CBA) before bringing any proposed legislation to the House of Assembly. A CBA will not prevent policies, but will force a comparison of various options. This way the angry debates that are carried out – often after the fact – will be less hostile toward the policy makers.

In addition to these analysis, the days allowed for passing legislation should be reduced to avoid the consequences of emotional law making.

The former governor of Delaware, Pete Dupont, called for “Congressional Inaction.” Citing the unintended consequences of laws pertaining to water usage, gasoline consumption and air bags he makes a good case a for the cost-benefit analysis before passing legislation.

It turns out that people have to flush their toilets more if they meet the federal requirements of 1.6 gallon tanks – thereby using more water.

As cars got smaller and cheaper, because of legislation forcing mileage constraints, people bought more cars and they became the favoured mode of transport. Thereby using more oil… not less.

Air bags were hailed as important as the wheel itself and they would save lives in car crashes. So laws were passed to make them mandatory. It turned out that air bags actually killed people so laws had to be passed to allow the installation of “kill switches” (no pun intended) to be “installed only under certain circumstances.”

With these thoughts in mind, I recommend that our Houses of Parliament meet for a maximum of 120 days a year to “speechify” (sorry, I mean pass legislation) and use the rest of the year to conduct a Cost-Benefit Analysis on every piece of proposed legislation in the recent Speech from the Throne.

The Government will still “Run Things.”

As the National Center for Policy Analysis (NCPA) points out, a ” cost-benefit analysis is simply a tool for separating good intentions from good ideas. It does not curtail or eliminate the decision-making authority of elected officials, but it does generate the critical information all public servants (and the general public) require.”

So why make regulations without proper data? Each of us spends our pay cheque as we think fit, but our government spends our pay cheque without consultation or objective studies. They spend it “cloaked in the rhetoric of rationality.” That-s not good enough for me, particularly when our national debt is spiralling, apparently out of control.

Freedoms lost are hard to recover.

Is it the responsibility of a good, caring, responsible and transparent government to control and regulate us? I believe their first priority should be to ensure that we can determine our own destiny with the least possible number of controls and regulations. Thomas Jefferson said: “the natural progress of things is for liberty to yield and government to gain ground.” The problem is, our liberty is slowly eroded. Our unwitting belief that these new laws and controls will somehow make us a better nation allows this erosion of freedom. This is not to say that laws are not necessary to protect against criminal behaviour.

Finally, “politically-inspired” legislation is usually rife with consequences no one considered. Oh sure, our Parliamentarians appear to be doing their “job” when they are passing laws. Would their time be better spent reviewing the laws that exist to determine what laws should be removed from the books? The reality is that with every law passed, we lose a little more freedom. Seldom is a law changed or removed from the books… they are usually expanded when governments find out their intentions were not fulfilled with the first attempt. Our recent history is replete with examples of this.