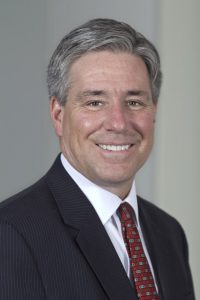 Recent developments in Europe – specifically the collapse of the EU Savings Tax Directive – conclusively demonstrate that there is no “level playing field” in the tax competition arena. As a result, the Bahamas has a golden opportunity to reclaim its sovereignty and restore its flagging economy. Following the examples of Antigua, Panama, and the Cayman Islands, the Prime Minister should inform the Organization for Economic Cooperation and Development that the Bahamas is no longer obligated to eviscerate its tax and privacy laws for the benefit of high-tax nations.

This step is desirable for three reasons. First, it may be a simple matter of national survival. The Bahamas already has suffered because of the policies implemented at the end of 2000. If the damage caused by those policies is compounded by the types of changes demanded by the OECD – giving foreign tax collectors sweeping rights to tax income earned in the Bahamas, it is quite likely that the steady exodus of capital will become a stampede. The loss of a competitive financial services industry would condemn the Bahamian people to a future of low-wage jobs and tenuous dependence on the tourist industry. The bureaucrats in Paris (who receive extremely generous tax-free salaries) may not care if this happens, but leaders in the Bahamas certainly should fight against this bleak future.

Second, the Bahamas should tell the OECD to go jump in a lake as part of the global fight to preserve fiscal sovereignty. Some nations, particularly in Europe, have destroyed jobs and scared away capital because of oppressive and confiscatory tax burdens. But rather than fix those policies (Ireland has shown that this is possible), these nations would like to create a global tax cartel and destroy tax competition. Defeating tax harmonization policies such as information-exchange is critical if we want a world with freedom and sovereignty.

Finally, the Bahamas should withdraw its commitment to the OECD because the terms of the agreement have not been met. The Bahamian “commitment letter” to the OECD was very clear. It stated that the commitments were explicitly contingent upon certain conditions. Here are two relevant passages from the letter:

The Bahamas considers the establishment of a level playing field among all OECD member countries and also those non-member jurisdictions with which it is materially in competition in the provision of cross border financial services to be critical to its economic interest.

Those jurisdictions, including OECD member countries and other countries and jurisdictions yet to be identified, that fail to make equivalent commitments or to satisfy the standards of the 1998 Harmful Tax Competition Report, will be subject to a framework of co-ordinated defensive measures:

It does not require a degree in rocket science to see that these conditions have not been satisfied. The original EU Savings Tax Directive – which was based on automatic and unlimited information sharing – would have partially satisfied these conditions, but that proposal collapsed. And the EU’s new proposal (an impractical co-existence model based on either withholding taxes or information exchange) clearly does not satisfy the “level playing field” requirement.

This assumes, of course, that it is even possible to implement and enforce the new EU Directive. This is highly unlikely. It would lead to significant capital outflows to jurisdictions like Panama, Hong Kong, and the United States (the EU claims that U.S. policies already are compatible with the new Directive, but this novel assertion is widely seen as a way of sidestepping American opposition). Switzerland and Luxembourg presumably will not acquiesce to something that cripples their competitive position.

And if Switzerland, Luxembourg, the United States, Panama, and Hong Kong are allowed to retain their “tax haven” policies, the Bahamas clearly retains the right to do likewise. The Bahamas government should reject international schemes that would turn it into a fiscal colony. The “commitment letter” to the OECD was a mistake, but this error now can be rectified because of what has happened to the EU Savings Tax Directive.