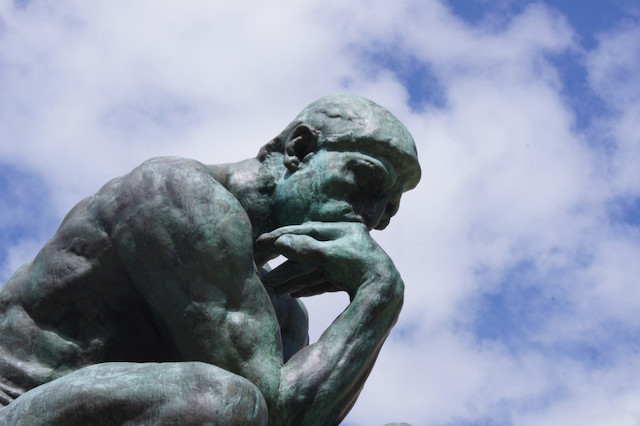 Recent comments in the press by a politician suggest that there is something wrong with self-interest.

Dr. Boudreaux has graciously consented to our use of two of his articles on this subject that first appeared in Ideas on Liberty (The Freeman) in February and March 2003. Part 2 is reprinted here.

“When he tried to do anything for the good of everybody, for humanity, for Russia, for the whole village, he had noticed that the thoughts of it were agreeable, but the activity itself was always unsatisfactory; there was no full assurance that the work was really necessary. . . . But now since his marriage, when he began to confine himself more and more to living for himself, though he no longer felt any joy at the thought of his activity, he felt confident that his work was necessary, that it progressed far better than formerly, and that it was always growing more and more.” -LEO TOLSTOY, Anna Karenina

Self-interest is vital to our prosperity. As Adam Smith famously explained, “It is not from the benevolence of the butcher, the brewer, or the baker, that we expect our dinner, but from their regard to their own interest. We address ourselves, not to their humanity but to their self-love, and never talk to them of our own necessities but of their advantages. Nobody but a beggar chuses to depend chiefly upon the benevolence of his fellow-citizens.”

So very true. Private property and free markets harness self-interest, enlighten it, and inspire each of us to better our own condition by bettering the conditions of others.

This justification of self-interest is consistent with the belief that, while self-interest might be channeled into productive avenues, the world would be an even better place, and the economy would be even more productive, if people weren’t self-interested.

I dissent from this oft-expressed belief. It isn’t so much that a flourishing, highly productive economy such as ours is possible despite self-interest; rather, such an economy requires self-interest. This is so because there are two aspects of reality that every economy must deal with, but that altruism does nothing to alter: scarcity and ignorance.

Because resources are scarce, prosperity requires that what relatively few resources we have be used as wisely as possible. In a world without scarcity, for example, it would be sensible for me to keep my fireplace lit by tossing dining-room chairs into the blaze. Why shouldn’t I do so? Chairs are superabundant and, hence, valueless.

Of course, in reality, while the wood that my dining-room chairs are made of would produce an excellent fire to warm my living room on a cold winter’s evening, I clearly would reduce my family’s prosperity if I used our furniture so foolishly.

But how do I know this fact? I know it because chairs-like all goods, services, and resources-have market prices. These market prices tell me the relative values of goods, services, and resources. It’s because I must pay a few hundred dollars for a dining room chair, compared to a few cents for a chopped log, that I burn chopped logs rather than furniture in my fireplace. Self-interest directs me to use relatively abundant materials (logs) in place of scarcer materials (furniture) as fuel for my household fires. As a result, my family is wealthier than we would be if I didn’t know to make fires from logs rather than furniture.

Likewise for the economy writ large. Motor fuel is today made from petroleum. Why? Nature doesn’t dictate this fact. Motor fuel could be made from corn. But because the resources required to make fuel from corn are much scarcer than the resources required to make fuel from petroleum, we make fuel from petroleum. But without market prices to tell producers the least-costly means of making fuel, they would not know how best to do so. Vast quantities of resources (including human effort) would be wasted making fuel from things that could be better used for other purposes. Our economy would be far less prosperous in the teeth of such massive waste.

The only way anyone can know the value of any resource compared to the value of other resources (and compared to the values that consumers attach to the things that can be made from resources) is through market prices. These prices tell consumers how scarce different goods and services are. Prices also direct producers not only to make those things most valued by consumers, but also to do so in ways that are least costly. And importantly, market prices are determined by voluntary and self-interested offers to buy and sell.

Suppose that owners of oil and other energy sources become intensely altruistic, refusing to make profit. They start giving their products away. The immediate consequence is lower energy prices. But the fun won’t last. Consumers now have no idea just how much energy to use-how careful they should be in conserving it. Nor can any consumer tell if, say, electricity, natural gas, solar-heating cells, or fuel oil is the best option to heat his home. Many consumers will inadvertently do the equivalent of using dining-room furniture as kindling by using very scarce energy in low-valued uses.

Even more disastrously, producers will have no idea where to focus their scarce efforts and resources in finding and developing new sources of energy. Should more oil wells be drilled? If so, how many more? And what equipment to drill those wells? (Might an intensely altruistic oil-company executive be led by his humanitarian concern to purchase outmoded drilling equipment from a supplier verging on bankruptcy?) Should more R&D be pumped into making ethanol a practical substitute for gasoline? Altruism does nothing to answer these inescapable and important questions.

The only way to answer them (and millions of similar ones) is to have a set of prices that tell just how scarce each resource is relative to other resources. And one vital role of self-interest is to inspire owners to price their resources in ways that reflect these relative scarcities.

I don’t mean to argue that altruism is undesirable. Far from it. But for altruism to promote good outcomes it must be confined to those situations in which the altruistic giver has good reason to know the circumstances and preferences of those whom he seeks to help. General, indiscriminate altruism might reflect wholesome motives, but its consequences will be unwholesome and, quite possibly, ruinous.

Donald Boudreaux is chairman of the economics department of George Mason University and former president of the Foundation for Economic Education.

Printed in Ideas on Liberty (The Freeman) March 2003.

As nightfall does not come all at once, neither does oppression. In both instances, there is a twilight when everything remains seemingly unchanged. And it is in such twilight that we all must be most aware of change in the air — however slight — lest we become unwitting victims of the darkness.William O. Douglas … (next quote)
%d bloggers like this: