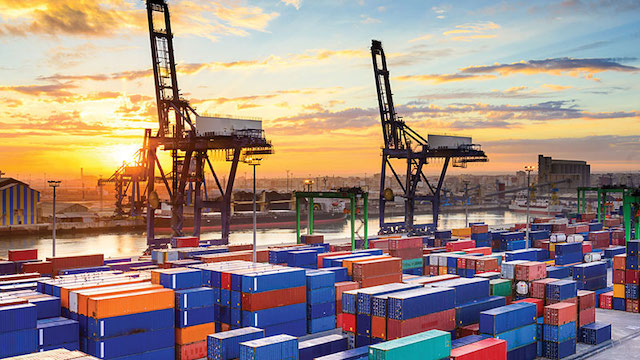 Two years ago, Jamaican consultant Trevor Hamilton wrote a one-inch thick report for the Chamber of Commerce on how the Bahamas should deal with trade liberalisation.

Mr Hamilton was paid a cool 160 grand for this, but we are hardly closer to an understanding of how globalisation – or free trade – will affect our way of life.

Witness this recent exchange with one of Tough Call’s correspondents, a well-informed large wholesaler:

Wholesaler: it would be helpful if you gave some practical examples of trade liberalisation…some specific examples of possibilities relative to the Bahamas market.

Tough Call: Well, how do you think free trade will affect your business?

Wholesaler: Exactly! I have no idea.

This prompted a review of the whole trade liberalisation process.

One of the things Hamilton pointed out is that “free trade is not necessarily fair trade”. It’s up to us to be more competitive and set enough safeguards to avoid problems when acceding to global trade initiatives.

There are three of these initiatives currently involving the Bahamas… the World Trade Organisation, the Free Trade Area of the Americas, and the Caribbean Single Market & Economy.

In 1995 the WTO replaced the post-Second World War trading structure known as the General Agreement on Tariffs and Trade. Its 150 members account for over 97 per cent of world trade, and another 30 countries are negotiating membership. The Bahamas applied to join in 2001.

To do so, we must provide a full description of our trade policies and legal regime to a WTO working party, which sets the terms of entry. But three years on, we have yet to provide this initial document. And before a decision is made, negotiations must take place. So we are miles away from becoming a member.

Why do we want to join?

Well, for our own self-interest according to former finance minister Sir William Allen who approved the application:

“Our aggregate trade numbers are bigger than our national income, so it is only sensible that we should be a member of the WTO, which sets the rules for international commerce. In fact, we are the only Caricom country that is not a member.”

Although Bahamians produce hardly any goods for export (some $70 million a year in seafood being the notable exception), we are a major services exporter. Both tourism and offshore banking are considered exports because consumers from other countries pay for those services here.

The WTO is seeking to open markets for services as well as goods, letting governments choose which sectors to open and to what degree. But the Bahamas already has an open market in tourism and financial services.

The WTO works via a series of inter-government negotiations to lower global trade barriers and resolve disputes. The current round of talks is named after a 2001 meeting in the city of Dohar in the Arab state of Qatar.

Although these talks were slated for completion early next year, an acrimonious meeting in Cancun, Mexico last September ended in a well-publicised deadlock.

According to the Economist Magazine, the talks collapsed because “many poor countries preferred grandstanding about the inequities of globalisation to negotiation…Tough political decisions were postponed.”

But this summer the negotiations were re-started when rich countries agreed to bigger cuts in trade-distorting subsidies. However, analysts say it is not clear whether enough political momentum was generated to reach a final agreement.

So the Doha talks are expected to plod along for several more years. The next big gathering won’t take place until the end of 2005.And this is par for the course – the last set of negotiations, known as the Uraguay Round, took eight years to conclude.

In the meantime, the WTO stalemate has affected the chances of freer trade in the Americas.

Until recently, we were in a state of near panic over the proposed Free Trade Area of the Americas, which the government is negotiating with 33 other hemispheric nations. But now it seems that this agreement will be impossible to achieve any time soon.

“The reality is setting in,” Sir William told Tough Call recently. “Opening up is causing real pain even in the US which has the greatest economy in the world. No one seems ready to jump into FTAA any more, including the US, which started the whole process.”

Instead, there are calls for bilateral talks leading to incremental trade pacts between the US and other countries or groups of countries. It is hoped that this will build the nucleus of a wider agreement further down the road.

“The United States and Brazil, the economic heavyweights of each half of the Americas, are the co-chairs of the FTAA talks,” the Economist reported recently. “(But) they are further apart than ever on the accord’s scope and ambition.

“The momentum that has carried the talks forward may indeed have been lost, and for reasons that are not easy to reverse… even if Brazilian intransigence does not sink the FTAA, rising protectionist feeling in the United States may.”

So, we are not actively pursuing WTO membership and the fearsome FTAA looks stalled. What about the third initiative – the so-called Caribbean Single Market & Economy?

This is the grand idea of our West Indian compatriots who make up the Caribbean Community. Its objective is to promote “the free movement of goods, services, capital and people across the region”.

The CSME is supposed to come into effect next year. But despite heavy lobbying by Caribbean politicians and a few local enthusiasts, it is unlikely that our government will agree to deeper ties – and certainly not without extensive reservations.

“When I was finance minister CSME was something theoretically desirable but not urgent for the Bahamas,” Sir William explained.” I am not satisfied that it makes any great sense for us. No rational person would want the Bahamas to be a part of a full CSME regime.

“There are ideological attractions, but as a practical matter it is not important for us. Our trade is predominantly with North America and Europe. Nothing will change that. Sentimentality is fine, but at the level of living what matters is what you find in the food store. And I believe the present government faces the same realities we saw.”

Caricom itself owes much to the legacy of British colonialism. And according to Barbadian journalist Hayden Boyce, “the community is regarded among ordinary West Indians as a talk-shop, where leaders meet and agree to meet again.”

Its origins go back to the West Indies Federation formed in 1958 from 10 British colonies. But the biggest members, Jamaica and Trinidad, pulled out in 1961, fearing they would have to shoulder the burdens of the less-developed countries.

Surviving regional institutions, such as the University of the West Indies, helped create the Caribbean Free Trade Association in 1965 which, seven years later, was transformed into Caricom. The Bahamas did not join until 1983.

And this is one of the main arguments for the CSME – that we will all do better within Caricom rather than facing global trade talks individually.

As Foreign Minister Fred Mitchell (an ardent proponent) noted last year: “developed countries negotiate with Caricom as a group and the Bahamas believes that its continued membership is of significant regional geopolitical importance.”

And according to Leonard Archer, our ambassador to Caricom, the implications of CSME for The Bahamas include:

•diluting our special relationship with America

•allowing the entry of West Indian professionals and service providers

But as it now stands, intraregional trade is minimal and it is doubtful there will be any significant improvements because of CSME – even if all tariffs and barriers are removed regionally.

“The economies of the region will continue to be governed by the rule of natural selection,” declared Hayden Boyce. “And those whose trade is linked to metropolitan economies will not change because of the CSME.”

This article was first published in The Tribune October 7, 2004.