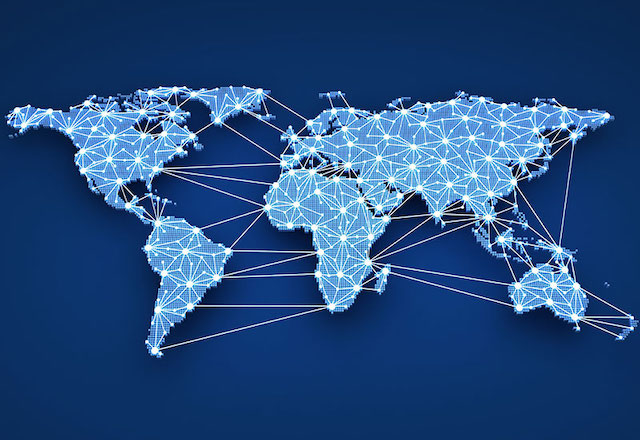 There’s been lots of hype lately about the 10th anniversary of the World Wide Web.

But the Internet has existed in one form or another since 1969, and was conceived even earlier. In fact, there are more Internet birthdays and inventors than you can shake a stick at.

Yet for most of us the Internet did appear 10 years ago, when a start-up company called Netscape introduced a commercial browser to surf the Web. And it was Netscape’s explosive public offering in August, 1995 that marked the birth of the Internet age.

Like the development of radar in World War 2 – the Internet’s roots go back to the darkest days of the Cold War. In a sense, it was Soviet leader Nikita Kruschev who launched the Internet in 1957 when he sent Sputnik, the world’s first satellite, into Earth orbit.

Red-faced by this achievement, the Americans set up the Advanced Research Projects Agency to make sure it never happened again. And in 1969 this agency created ARPANET – the progenitor of today’s Internet.

Before then, computers were like huge stand-alone calculators, and making them communicate effectively was a huge leap. But this was not the conceptual beginning of the Internet.

Initially, the ARPANET linked a handful of universities in the United States. And it expanded, improved and diversified over the next decade or so, but the big news was the invention of the World Wide Web by British scientist Tim Berners Lee in 1989.

This seamless hypertext-linked electronic information system went public in 1992. And it made Licklider’s dream of 20 years earlier become a reality. But it wasn’t the real beginning.

That’s because the idea of hypertext links dates back to 1945, when an American scientist named Vannevar Bush suggested a theoretical machine that let people store and retrieve documents linked by associations.

This concept was developed by Harvard grad student Ted Nelson, who launched something called Xanadu in the 1960s. By most accounts Xanadu inspired the World Wide Web – a network of connected documents that could be accessed by anyone with a computer.

But Nelson was not a scientist like Berners Lee, so most people ignored him. Project Xanadu still exists, kept alive by hackers, but little is heard from its founder any more. He is currently a visiting professor at Oxford University.

With all these starting points (and there are many more smaller ones) most experts say Netscape was the true beginning of the Internet. Before Netscape, the online world was just a few research databases and proprietary email systems. For the average person, it was both hard to use and not very useful. But that all changed dramatically in 1995.

Netscape was based on a piece of university software called Mosaic that allowed users to display Web pages graphically on their computer. And at about the same time, the science establishment began turning over network operations to independent service providers. Back then, there were about 2 million computers connected to the Internet, compared to one billion today.

Almost as soon as it was launched, Netscape became the browser of choice because of its revolutionary ease of use. Within a year, three quarters of Web users were using it. But after only three years Netscape’s fate was sealed by Microsoft’s free Explorer, and it was bought out by America Online for its remaining subscriber list. Today, Netscape no longer figures in the Internet world.

According to one account, “when historians tell the tale of the dot-com boom, they will say it began on August. 9, 1995. That was the day shares of Netscape Communications Inc., maker of the first widely adopted Internet browsing software, more than doubled on their first day of public trading.

“…even though the company itself had yet to make a dollar of profit, Netscape co-founder Jim Clark’s 20 per cent stake was worth more than half a billion dollars that day.”

The dramatic five-year stock market rise that began with the Netscape IPO launched the Internet age. But what exactly did that mean for the rest of us?

According to Canadian online editor Simon Wickens, “it meant that virtually anyone could publish or broadcast anything; it blurred the ability to register and control intellectual property; it changed the way we communicate; it changed the way we invest in and track the markets; it helped eliminate some of our last vestiges of privacy; it gave remote access to education, medical care, home offices, government services, retailers and auctions. And it has made it easy to create and profit from enormous scams within days.”

For something that was designed originally to let academics share information without time/cost barriers, this is nothing short of phenomenal. What can you do with the Internet today? The possibilities are endless.

You can write your own Weblog – a personal online journal that can turn you into an instant pundit. You can select which blogs to read from an index of 15 million at Technorati. You can share your digital photos on Flickr, you can connect with friends, potential spouses or interest groups on Friendster. You can help write an online reference guide at Wikipedia.

You can zoom in to a satellite image of your own home at Google Earth. You can buy and sell junk on e-Bay, and shop for almost anything on Amazon. You can create, upload and download your own radio shows at Podcast Alley. You can share music and software files with anyone via Limewire. You can get directions on how to drive from point A to point B at MapQuest. And you can book any kind of travel at sites like Expedia and Orbitz.

You can monitor your teenager’s driving habits over the Internet with GPS-enabled cars. You can do most of your banking online, as well as access government services. You can get all the news you want from a zillion different sites, make free phone calls using Skype, and find an answer to just about every question under the sun, including medical treatment options.

As you would expect, teenagers live on their computers and cell phones today. But Tough Call’s father is from the World War 2 generation, and he too can’t wait to check his email: “The Internet lets me to keep in touch with people I would otherwise contact rarely, and it is a good family contact tool,” he says. “As your interests decline with age, the Internet lets you find interesting stuff and keeps you up-to-date with what is going on in the world.”

But apart from anecdotal evidence like that, little is known about Internet usage in the Bahamas. The estimated number of subscribers to local ISP’s is less than 40,000, mostly broadband connections. Question is: what are we doing with this amazing tool to make us more competitive in the modern world?

This article was first published in The Tribune on Wednesday, August 17, 2005.