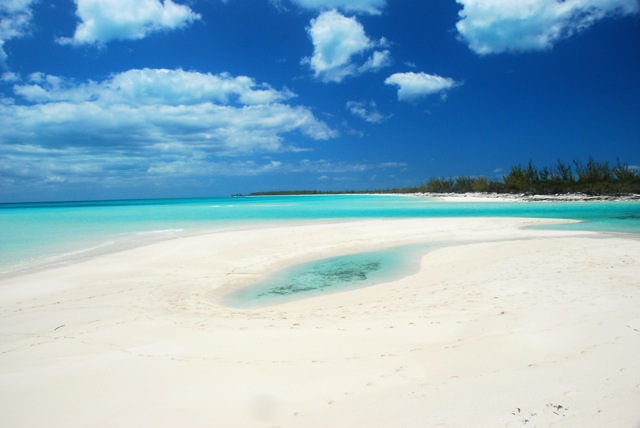 The Nassau Institute was recently invited to participate in the first White House Conference on the Americas along with individuals from four other Bahamian Non Governmental Organisations (NGO’s).

The conference was opened with A Conversation On The Americas with President George W. Bush and six panellists from the region.

The opening remarks by President Bush that the US is required to help nations in “the neighbourhood” realise their potential to become healthy, educated and prosperous through trade, open and transparent governments that are free of corruption, resonated well throughout the day.

The conversations with President Bush were also enlightening. The success stories of the panellists from Mexico, Haiti, Brazil, Guatemala and the United States were inspiring. Many of the NGO’s have succeeded against great odds.

A very important project for the region is the work being done by Project Hope – some 30,000 patients having received help is staggering. The fact that 4,000 doctors and nurses etc volunteered for the 210 jobs on the SS Comfort is a reflection of the generosity of the American people.

The dialogue on Expanding Opportunity was no less engaging.

Secretary of the Treasury, Henry Paulson Jr summed it up when he indicated people in our region require access to capital as a result of the many barriers that separate them from capital and markets for their products. He also announced a $20 million fund to help catalyse the private sector in the region.

Mr Paulson was joined by people from six NGO’s throughout the region including Columbia, Mexico, Bolivia and the United States.

Mrs. Bush was the keynote speaker for the luncheon. She is a gracious lady who obviously cares deeply. She noted the fact that “This conference has brought together people of many nationalities and backgrounds, united by one goal: improving opportunities, and lives, throughout the Western Hemisphere.”

Highlighting the work of several groups in the region she closed with the hope that through community groups in the region “we can help people throughout the Americas open doors to better opportunities, improved health, and renewed hope. Thanks to each of you for supporting these efforts.”

There were also concurrent sessions on education, healthcare and private-public partnerships in the afternoon. We were able to attend Private-Public Partnerships with Secretary of Commerce, Carlos Gutierrez and his guests from NGO’s in Paraguay, Mexico and the United States.

The most profound statement by Secretary Gutierrez was words to the effect that we should not think of developing the region through redistribution of wealth. The idea is to grow economies so wealth can be created.

His panellists shared some more interesting fund raising and project ideas. One great example that stood out was the work of UNETE (General Manager of Business Owners Union for Technology in Education) in Mexico. Their goal is to get computers in the hands of all school children. They have raised some $4 million with an average donation of 3 cents to help them achieve their goal.

The closing session with Dr. Condaleeza Rice, Secretary of State was inspiring and thought provoking. Her point that the Americas is an alliance of peoples is well taken, but her remark that the revolutionary promise was that the Americas would represent an opportunity for everyone makes one wonder how so many countries in the region could get so far off track.

Many of us there wished there were fewer panellists so more time could have been available for questions and answers from the audience in each session. It would have been great for the attendees to have an exchange with President Bush and Dr. Rice in particular.

Overall, it was a great day that helped people in the region form closer ties with each other and with the US. In fact it seemed that the vast majority of people found the conference instructive and useful.

The inaugural White House Conference on the Americas should certainly help the US build some goodwill at a time when there are many in the region that hold anti US views.

In the final, those in attendance were motivated to continue forging ahead with their ideas and to encourage their governments in the region to pursue polices of transparency, freedom and prosperity.

Bahamian participants in the inaugural White House Conference on the Americas

Shown in the photo above is the contingent from The Bahamas. They are, from left to right: Jeffrey Lloyd, Dr. Sandra Dean-Patterson, Camille Barnett, Clint Kemp and Rick Lowe.