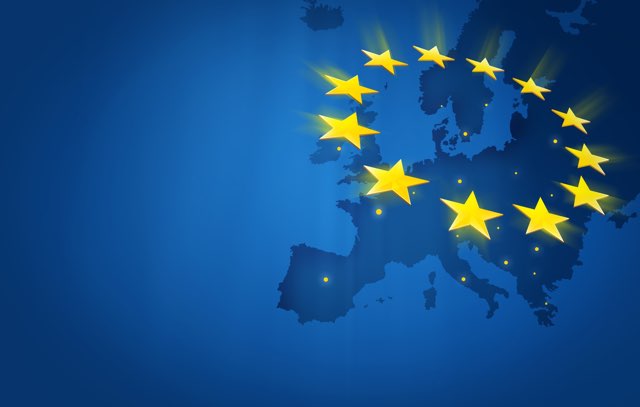 As European leaders gather in Lisbon this week for another potentially controversial summit meeting, the debate about the new EU reform treaty could become a cautionary tale for smaller nations around the world seeking to protect their identity. For the issue is all about the strengthening of EU institutions and imposition of centralized authority by an unelected and unaccountable bureaucracy in Brussels with a consequent weakening of the powers of its member states.

In 2005, French and Dutch voters rejected a new EU constitution which gave more power to centralized EU institutions. It is now widely accepted that the new treaty, some 2 years later, is virtually identical to the constitution.

Structure of the EU

In reality, the EU already has many of the attributes of nationhood – a parliament, a supreme court, a passport, a flag, a common currency and external frontiers.

The reform treaty provides for a new European president and foreign minister with an EU diplomatic service; the ‘legal personality’ of an independent government with treaty-making powers and the right to sit in international associations; expanded roles for the European Court of Justice and the European Parliament; extended majority voting in the EU Council and a Charter of Fundamental Rights.

If these provisions are eventually agreed, the dream of the ‘founding fathers’ in Europe at the end of the Second World War of building a supranational structure which would make armed conflict among European states impossible will be fulfilled. They were determined that political unity should prevent war as an alternative to cooperation and negotiation. To achieve this, the first step was to integrate their economies and then gradually create political institutions.

A strong, integrated Europe within a customs union, and with a single market and free movement of capital and labour, has brought substantial benefits. Economic integration has bound together the core nations of France, Germany, Italy, Belgium and the Netherlands so that war between them is now inconceivable. The new states of an EU now extended to 27 members have gained from trade and aid. Britain, which suffered from two world wars, has an interest in such a united Europe while retaining its ‘special relationship’ with the USA.

Opposition to a Federal Superstate

To many, the vision of the founding fathers has already been fulfilled without taking the next decisive step towards a federalist Europe. The notion of further political integration is increasingly resented. Opposition is growing to what is seen as the gradual and inexorable extension of the powers of Brussels resulting in a reduction of the independence of individual countries which would lose control of their own affairs to an unacceptable extent.

Furthermore, the quality of their national life would be affected by the EU’s lack of democratic accountability, fiscal incompetence and interference in the detail of everyday business — a top-down centralization with power in the hands of a faceless bureaucracy.

The debate about the new treaty has come to a head with the forthcoming summit at which European leaders will be asked to approve it.

In recent months, discussion has been notably heated in Britain which traditionally has been ambivalent about full political integration.

Former prime minister Tony Blair is on record as saying that he would ‘have no truck with a European superstate’ and would ‘fight for British interests and to keep our independence every inch of the way’; and it was he who promised the British people – in the Labour Party’s manifesto at the time of the 2005 general election – a referendum on the then EU constitution.

His successor has now refused to hold a referendum on the grounds that the reform treaty is different from the constitution.

Many commentators believe that the British public would vote against acceptance of the treaty, and Blair’s response last summer was to negotiate ‘red lines’ or opt outs in an attempt to safeguard Britain’s control over foreign policy, employment law and aspects of crime – including asylum and immigration cases – tax and social security.

But these have attracted criticism. Observers are sceptical about their likely effectiveness. The European Scrutiny Committee, a bipartisan group of Westminster MPs, concluded last week that not only was the new treaty practically the same as the constitution but the ‘red lines’ and opt outs were at best temporary safeguards rather than guarantees and would not prove as solid as the new prime minister had hoped.

The Committee considered that all of them were vulnerable to the increasing power of the European Court of Justice which would override the interests of the member states and always have the last word. Britain had therefore failed to secure its national interests in the draft treaty.

If the reform treaty is judged by many to be bad for Britain as a major player in the EU, what about the smaller and less powerful member states? Is there perhaps a lesson here for the Bahamas in its own future relationships in the Caribbean and, more widely, with the USA and others?

For libertarians, who believe in economic and individual freedom and limited government, the tyranny of excessive centralized control by unelected and unaccountable bureaucrats is anathema. It should be resisted as undemocratic and against the interests of a country’s citizens.