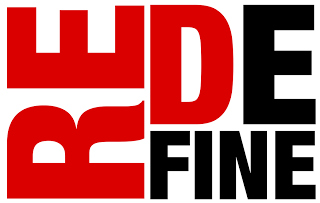 The following presentation was delivered at The Bahamas National Economic Summit on Monday, March 2, 2009, by Rick Lowe, Vice President and Treasurer of The Nassau Institute.

Redefining the Bahamas Government’s role in the Economy

At the risk of wasting your precious time, I would like to take a minute or so to conduct a thought experiment, with apologies to Dr. Charles Murray, the American political scientist and historian who first proposed this, albeit in the American context:

As we know, government spending has now put The Bahamas in debt to the tune of more than $3 billion, but what else has this burden on future generations accomplished? Let’s find out.

Imagine for a moment that the government as we know it was reduced to its role outlined in the Constitution, and other than defence, law and order and maybe certain infrastructure requirements, the government was no longer responsible for all the things they take on.

To borrow from Dr. Murray again, how would you respond?

With a show of hands can we answer these questions please?

The list could go on, but I think you see where this is going.

As has turned out, most of us answered yes.

The question we should ask ourselves then, according to Dr. Murray is, why are more of us not doing these things already? He contends, it’s because we have bought into the “soul killing logic” that somebody else is doing it for us.

We vote the government into office so we do not have to be our neighbours keeper. In other words, we pay taxes for government to do it, so why should we do any more.

Pushing the envelope a little more, seldom people meet that complaints are not lodged against our bloated government.

Duty rates are too high! What does the government do with all that money!
The educational system is a mess!
The government can’t even fix the street lights!
Every government department I visit the service is lousy!
Whatever I want to do with my business, I have to waste hours getting a permit for this or a permit for that!

I’m sure most of you have uttered these words? Am I right?

To be a little more specific let’s look at education for a minute.

In 2001, The Nassau Institute wrote a few essays about our educational system. At that time, the country had spent “over $480,000,000 (that’s right, over four hundred and eighty million dollars since 1992) (that’s 9 years) on education. Even though the public pays these taxes, the actual student test results from the government run schools are considered “confidential” and are never tabled in the House of Assembly, as any transparent government would do. It is a given, at least it is not denied by the Ministry of Education, that the mean grade is no higher than a D, which in the real world, is a failing grade.”

Yet somehow we do not see the necessity to privatise education, starting with vouchers, where at least if a parent is unhappy with one school, he/she can transfer his/her child to the school of their choice.

I’m sure if you go through the budgets of each government department you would find the country could do away with one agency or department after another.

I would argue that a major step the government could take to reform itself would be to change its accounting procedure along the lines of real business. Each Ministry should have a Balance Sheet and Income Statement so they can see what is necessary to sustain their budgets. I bet we would see an improvement with expenditure.

Yes, I would admit that The Bahamas is a more complicated country than most of our neighbours as we have some 20 populated islands, so we need an airport and port on each one etc. But I also submit that is more reason to create other Freeport’s as in Grand Bahama, than proof that we need ever larger government. Present legal battles in Freeport notwithstanding.

Now let’s look at the national debt. At the Nassau Institute, we might be considered fiscal conservatives, but I prefer to think it is better for government to spend within its means than burden future generations, yet unborn, with deficits and debt that we will never repay in most of our lifetimes.

What I find most disturbing is successive governments have committed to bringing the debt and deficits under control, yet year after year, with the odd exception, the deficits and debt increase.

Now I’m sure some of you are thinking, these are extraordinary times, so governments should throw fiscal caution to the wind and do whatever it takes to save us from this market correction we call a recession. Sorry, depression.

I would argue that this is the time for the opposite approach for our national economic plan, but more on that later.

Since 1991 the National Debt of The Bahamas has risen from $870 million to $3 billion, a staggering 244.8 percent increase in 18 years. That’s what, a $118 million increase each and every year. Mind boggling.

All this and we have not even considered the possibility of a bankrupt National Insurance Board and the additional taxes that will be forced upon us to sustain that.

So what should The Bahamas do in formulating a national economic plan in view of the oncoming train wreck to our economy, if indeed it turns out to be such?

In simple terms, we should turn toward laissez faire capitalism rather than more government planning, that so far has set us on a path that is clearly unsustainable.

The only national economic plan we should be setting is for government to start to downsize immediately by privatising or shutting down whatever agency or department they can.

I challenge anyone in this room to name ten government agencies, departments or ministries, (of the 173 services listed in the phone book) that do their job efficiently and effectively.

Surely we can close the Hotel Corporation? No doubt we can stop subsidising one group while discriminating against others. How about selling BahamasAir, Water & Sewerage and BEC? Do we need a price control department when so many people shop in Miami? Oh, and don’t forget ZNS either.

I can tell by the hush that has come over you that you think I’m crazy, but I’ll cite one clear example where even the half baked privatisation of BaTelCo (now BTC), several years back, was almost worth what it cost at the time.

Just think of the entrepreneurs that came out of that exercise. We have several cell phone companies, a furniture store and more. Entrepreneurs now hiring people, paying taxes and otherwise contributing to economic growth.

I sincerely believe the goal of downsizing government is a much more worthy national economic plan than encouraging more failed government planning. After all, a government does not an economy make. An economy is the market place of millions of individual transactions. And I don’t know about you, but I trust myself to make my personal decisions rather than something or someone called the Government.

Besides, Bahamians can ill afford the taxation to come in an effort to support the leviathan we call The Bahamas Government, as it is presently structured. And more government planning means more costs to the taxpayer and possibly to the economy.

The unintended consequences from government planning agencies brings the risk of them becoming The Bahamas’ biggest growth industry. You can bet they would convince us that they are even more relevant in tough economic times, in an attempt to justify even larger budgets.

Far too often we let transparency for government slide, even as they pass laws every day to make us more transparent and keep us in “check” as we say.

In summary. Our national economic plan should be to return government to it’s Constitutionally stated purpose, and accept the personal responsibility so many of us wish to hand over to all too willing politicians, who might have the best of intentions, but for some reason they make things worse.

In closing I’ll remind you of Fund’s Law by the journalist John Fund;

Government’s will always do the right thing, after they’ve exhausted all other possibilities.

Thank you for the opportunity and I wish you every success with your effort here.