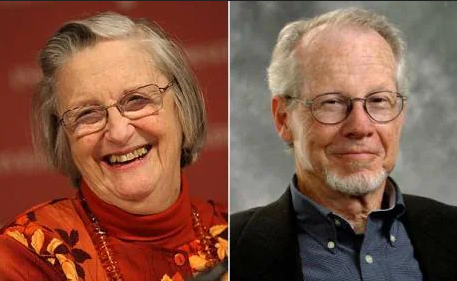 On October 12, 2009 Elinor Ostrom and Oliver Williamson won the 2009 Nobel Prize in Economics. This is a big deal for the direction of economics and for those of us who understand the promise that voluntary exchange through markets holds for improving our world.

Ostrom and Williamson continue the proud tradition of rigorous real world economics, in the spirit of Adam Smith, Friedrich Hayek, Jim Buchanan, and Douglass North – the tradition that the Mercatus Center and George Mason University has helped to advance.

Their work has informed (PDF)  the way we study the world, the way we bring the findings of our research to policy makers, and importantly, the way we train our graduate students at the Mercatus Center.

The Mercatus Center is proud of its longstanding association with Elinor Ostrom in particular, whose work demonstrates the extraordinary capacity of individuals to solve problems without resorting to top down, one size fits all plans.

This is especially important given the way market-based ideas are being treated today.

Those who don’t know Lin’s work may not see it in this light. But Dr. Boettke just published a book on Lin and her husband Vincent’s work – so he should know.

Here’s just some of what Mercatus Scholars have had to say about the Nobel announcement:

Paul Dragos Aligica was quoted by The Washington Post and Associated Press, which was published in over 100 news outlets including The Boston Globe, BusinessWeek, and San Francisco Chronicle
John Nye and Vernon Smith both wrote opinion pieces for Forbes on the achievements of Elinor Ostrom and Oliver Williamson, and on Ostrom’s research specifically
Paul Dragos Aligica wrote an article for Reason Online titled “Elinor Ostrom on the Market, the State, and the Third Sector”
Alex Tabarrok and Don Boudreaux’s reactions to the Nobel Prize announcement were quoted in the Wall Street Journal and New York Times.

The Nobel committee is making a significant statement with this award. Those of us who value the creativity, dignity, and prosperity that human liberty and free association among individuals affords should be very encouraged by yesterday’s announcement.