After receiving a self-described shellacking in the mid-term elections and seeing the loyal opposition party take control of the House, President Barack Obama has made an apparent right turn on jobs, trade, regulatory reform and corporate friendliness. His much heralded conversion evokes verses of "Amazing Grace," that celebrated hymn written by English clergyman John Newton and published just 232 years ago, in 1779.

"I once was lost, but now am found. Was blind, but now I see." We are told Newton participated in the slave trade before becoming a preacher. He made more than a right turn. He made a U-turn.

Recently, the president has taken a series of market-friendly actions that offer some hope, but it’s too early to tell where first steps will lead. Among them:

* Entering a trade expanding agreement with South Korea.
* Getting commitments from China’s President Hu Jintao to purchase $25 billion in U.S. goods.
* Naming experienced capitalist and sometime Obama critic William Daly to be his chief of staff.
* Calling for a dramatic increase in exporting manufactured goods.

All this was capped in January at GE’s home base in Schenectady, N.Y., when Obama named GE CEO Jeff Immelt chairman of his new Jobs and Competitiveness Council. Just before doing so, Obama exclaimed:

"America is still home to the most creative and most innovative businesses in the world. We’ve got the most productive workers in the world. America is home to inventors and dreamers and builders and creators."

Some cannot forget Obama’s prior unfriendly attitude toward the U.S. corporate world, calling leaders of the financial community "fat cats," or his earlier decision to avoid having experienced business leaders as key White House advisers. 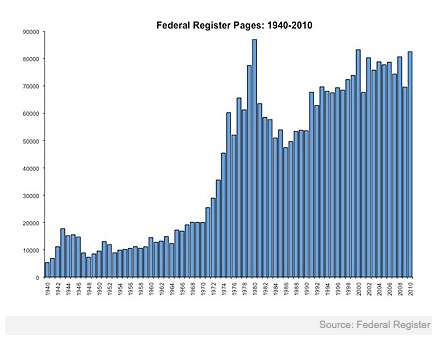 Others are well aware that in spite of an avowed new regulatory reform effort, the Environmental Protection Agency is going forward with regulations to limit carbon emissions when Congress refused to give legislative guidance.

Many others hear about a new day for regulation while worrying about the outcome of yet-to-be printed financial institution regulations. And some wonder when cap and trade will surface again.

While Obama calls for a review and rollback of inefficient regulations, the fact remains that his administration has a record number of new major rules — with an economic impact of more than $100 million — in the pipeline, waiting to become final. This follows a sharp increase in pages of Federal Register rules that, while surely bringing benefits somewhere to someone, will come at a cost to American businesses and citizens.

To single out just one example of a rule that is generating unemployment while chasing marginal benefits: the EPA’s new lead paint rules make it practically impossible to repaint a house that was built before 1978. That rule alone is eliminating a substantial part of the market for painting contractors who will not be able to bear the cost or deal with the technology of running an EPA qualified house-painting project.

In short, those looking for rules to review and revise will have no difficulty finding them. They are being produced like hotcakes in an IHOP.

But whether Obama’s revised position reflects new habits of the heart or just plain old political pragmatism, it will be consistent actions taken from this point forward — not high-sounding rhetoric — that will provide evidence of real change.

After all, it is what people do consistently, not what they say they will do, that illustrates their true beliefs. In years past, the Washington scene has had its share of people wearing Adam Smith ties and talking the talk while arguing for tariffs, quotas, "necessary" regulation and war.

"Amazing grace that saved a wretch like me." We will see.