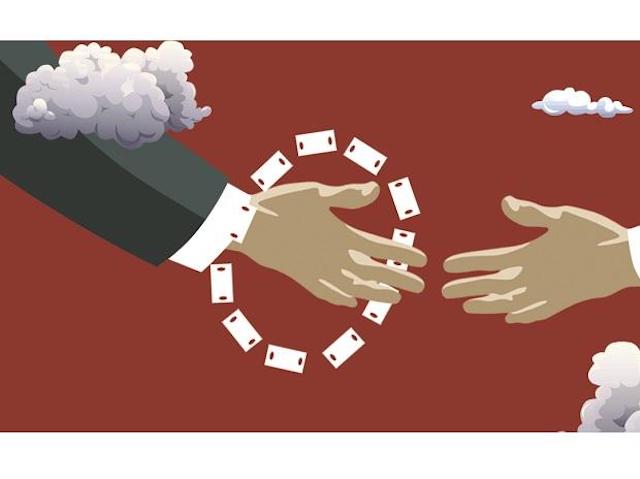 I first met Janos Kornai in Beijing in 1985 at a conference organised by the World Bank and the Chinese Academy of Social Sciences (CASS), during which we had an audience with Zhao Ziyang, the general secretary of the Chinese Communist Party (CCP) and the major reformer seeking to turn China away from the Plan to the market, as signalled by the paramount leader Deng Tsiao Ping. Kornai then left on a week’s Yangtze cruise on the S S Boshan organised by Zhao through CASS, which was to provide Chinese economists with the views of various invited Western economists on the working of capitalist market economies.

Kornai was the star of the meeting as Julian Gewirtz (in Unlikely Partners, Harvard, 2017) documents. He remained a trusted advisor to Chinese reformers even after Zhao was purged following the Tiananmen Square massacre. He was the primary intellectual influence on the Chinese reformers who created the Chinese miracle. Yet in a recent letter to the Financial Times (“Economists share blame for China’s ‘monstrous’ turn”, 10 July 2019), he laments his and other Western economist’s role as Frankenstein’s creating a fearsome monster under Xi Jinping. “We all agreed that new life would be brought to China, which had frozen under Mao, by the electric shock of marketisation and private property. Now the fearsome monster is here”. Its “aim is to become the hegemonic leader of the globe”. Kornai advocates George Kennan’s policy of containment of communism. He concludes, “What has happened already cannot be undone. But here we must stop, and we must take far more care to avoid carrying on the role of Frankenstein”.

The need to contain China was also the conclusion of my recent book, War or Peace. It noted the even greater role played by the Frankensteins of Wall Street in China’s rise. Investment banks led by Goldman Sachs and legal firms like Linklaters and Paine were “the creators of the New China of the twenty first century”. (C E Walter and FJT Howie: Red Capitalism, Wiley, 2011)

The model was provided by the creation of China Mobile in 1997 by Goldman Sachs out of a poorly managed assortment of provincial post and telecom entities. Its initial public offering (IPO) raised $4.2 billion. There was no looking back. China’s oil companies, and insurance companies sold billions of dollars in shares in IPOs. “All of these companies were imagined up, created, and listed by American investment bankers”. By 2009, 44 of the firms in China’s National Team were on the Fortune Global 500 list.

Today, China has 700 companies listed in the US stock and bond markets. These include egregious bad actors like Hikvision, responsible for facial recognition technology monitoring the concentration camps holding two million Uyghurs in Xinjiang. Unwittingly, US investors are funding these technologies, and weapons systems for the People’s Liberation Army (PLA) “because the US has no security-minded screening mechanism for capital markets which have roughly $35 trillion under management.” (Roger W Robinson Jr. “Why and how the US should stop financing China’s bad actors”, Imprimis, October 2019).

One of the largest public retirement funds, the Federal Thrift Savings Plan (TSP) with 5.7 million enrollees — including US military personnel — totals $578 billion. It is planning to switch its $50 billion international portfolio (on the advice of a Wall Street consulting firm) to the MSCI All Country World Index, which includes Chinese “companies such as AVIC, which makes fighter aircraft for the PLA and is China’s biggest producer of ballistic missiles”. This decision should be reversed.

Furthermore, Robinson Jr, who served on US President Ronald Reagan’s national Security council, suggests using a tactic to contain the Soviet Union, also in China. The Soviet Union faced a funding gap of $16 billion annually, which was financed by Western governments and banks. Reagan succeeded in terminating this flow of discretionary cash, which led to the end of the evil empire.

China too has a serious internal debt crisis. Jim Rickards (“The great Chinese crack-up starts now”, Strategic Intelligence, November 2017) has estimated that China’s total debt (including official, corporate and individual) to productive gross domestic product (GDP) (normal GDP minus investment in ghost cities and white elephant projects) was 873 per cent in 2016. But this “will not necessarily cause a collapse anytime soon. As long as the WMP Ponzi ( wealth management products held by individuals sold by banks offering higher deposit rates, with new WMPs sold to pay off old ones when investors want their money back— a classic Ponzi scheme) continues and banks aren’t held to account for issuing new loans to replace bad debts, the game can go on. China also has $1 trillion of liquid reserves to sort out its debt mess.” However, if China uses these precautionary reserves “to bail out its bad debt, the country will jump out of the frying pan into the fire of a currency crisis.”

It is in this context that the access of Chinese companies to American savings through the US securities markets, currently provides China a lifeline without having to deal with this domestic debt trap. Robinson supports the simplest solution of eliminating access to all Chinese enterprises to US capital markets. This would bring the Chinese “evil empire” to its knees as Reagan’s actions did in denying Western technology and capital markets to the bankrupt Soviet Union. No doubt this would lead to howls from Wall Street. But these should be ignored in US national interests.

For their argument that closing US capital markets to China will lead it to go to another international exchange is implausible. For the US capital markets are roughly the size of the rest of the world’s combined, and the US holds 60 per cent of the world’s liquidity, “no other country has anywhere near the depth and volume” of US markets. “China’s need for dollars is so voracious that it would likely use up the volume of a Frankfurt or London in months not years. There is nowhere for a player of the size of China to go.”

In a speech to the Hudson Institute on October 4, 2018, US Vice-President Mike Pence laid out what is being termed the Pence Doctrine. “Pence made it clear that the current struggle between the US and China goes far beyond trade and tariffs”; it was “an epic struggle between an atheistic communist ideology bent on hegemony in Asia and the Western Pacific and a democratic America that seeks balanced relations in a rules-based system along with the promotion of liberal Western values”. He predicted “a protracted and existential struggle between Western liberal values and a totalitarian disregard for human rights.” (Jim Rickards: “Beyond the US-China trade war : Cold War II”. Strategic Intelligence, July 2019).

In this new Cold War, the liberal world needs to remember and use the major instrument which delivered victory to the West—the use of its control of the world’s money which allowed it to bring the last illiberal empire to its knees.