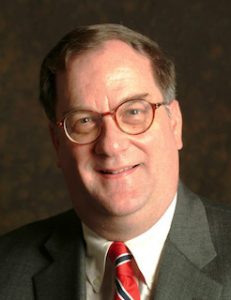 (Oakland, CA)—A list of about forty books on the folly of socialism has been downloaded thousands of times and has been endorsed by economists, scholars, and journalists around the world.

More than 30 years after Soviet premier Mikhail Gorbachev implemented reforms that helped burn the ideal of a planned economy to the ground, socialist doctrines are once again gaining in popularity, especially among young people.

The list was compiled by Independent Institute Senior Fellow Williamson Evers, Ph.D., who offers this “counter curriculum” highlighting some of the most insightful critiques of socialism ever written. The list of books highlights the necessity of competition and voluntary free markets, rather than coercive monopolies of industries such as energy, banking, and technology in a socialist society.

“If you can read just one book on this list, then make it Red Plenty, by Francis Spufford,” says Evers. “If you can read only two, make your second pick Socialism: An Economic and Sociological Analysis, by Ludwig von Mises.”

Evers tells young people enamored with Scandinavian-style socialism, that most so-called democratic socialist countries are actually capitalist countries with high income taxes but also with no price controls such as minimum wage laws, and actually have freer trade than the United States in many cases. Real socialism, says Evers, usually promises the public that it will be democratic socialism, but soon puts into effect dictatorship and the crushing of constitutional liberties.

Books on the list include; The Gulag Archipelago, by Alexander I. Solzhenitsyn, Nineteen Eighty-Four, by George Orwell, and The Road to Serfdom, by F. A. Hayek.

CREDENTIALS: Williamson Evers is a Senior Fellow and Director of the Center on Educational Excellence at the Independent Institute. He is also the Assistant Editor for The Independent Review: A Journal of Political Economy. Dr. Evers was the U.S. Assistant Secretary of Education for Planning, Evaluation, and Policy Development from 2007 to 2009; Senior Adviser to U.S. Secretary of Education Margaret Spellings during 2007; and former Research Fellow at the Hoover Institution

The Independent Institute is a non-profit research and educational organization that promotes the power of independent thinking to boldly advance peaceful, prosperous, and free societies grounded in a commitment to human worth and dignity. For more information, visit Independent.org.