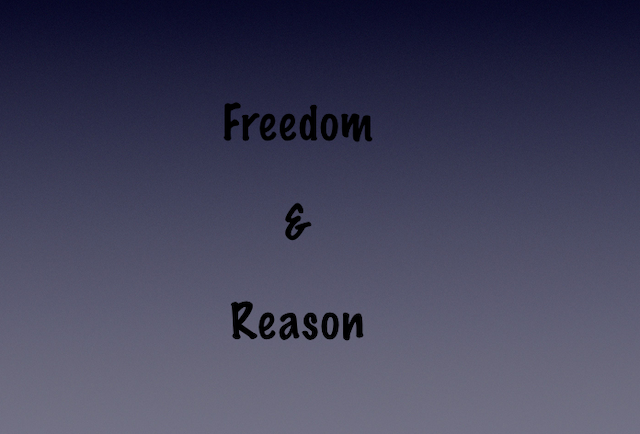 Reason and freedom are the fundamental requirements of long-term success in business and of human flourishing; our ability to thrive rests on them both. I write about reason and freedom because their value is not often recognized and their relationship is poorly understood today.

To say that today’s culture and politics are anti-reason is an understatement. Emotionalism rules, and social media such as Twitter are used, not for reasoned debate, but attacks on those whose views differ from one’s own. Climate alarmists lash out at those who question their “end-is-nigh” narrative and demands for curtailing people’s freedom in the name of saving the planet. Similarly, the woke attack the minority that still defends individual liberty and demand that it be restricted for the sake equality and social justice. Politics is divisive, based on visceral hatred of the “enemy:’ those outside of one’s own tribe.

The anti-reason cultural and political climate is difficult for many businesspeople to navigate. Although most business leaders know that sustainable, long-term success in business requires the use of reason, they are worried about activists’ response and consumers’ reaction to their strategies and products.

Instead of standing up for business and their companies’ right to maximize profits through production and trade, many CEOs apologize for it and appease the critics of business.

Oil, gas, and coal company leaders apologize for producing affordable, reliable and abundant energy that emits some carbon dioxide and assure that they are transitioning to produce energy from renewable—and thus far, unreliable and unaffordable—sources. The Business Roundtable this year re-defined the corporate purpose to de-emphasize wealth creation and focus on “serving society.” Many prominent business leaders, such as Bill Gates, ask for more regulation of business, and some, such as Warren Buffett, ask for higher taxes, to achieve greater equality of wealth.

These are just a few examples. Many business leaders still focus on wealth creation and do not apologize for it. However, very, very few defend business and profit making and demand freedom to pursue them as a moral right.

Yet, in today’s anti-reason and anti-freedom (and pro-government control) culture, it is more important than ever that business leaders, and all businesspeople, take the moral high ground and defend business as the producer of the material values that all of our survival and flourishing depends on.

By the nature of their profession, businesspeople, along with engineers, are the remaining torch-bearers of reason in the increasingly irrational culture. (With the politicization of science funding, we cannot count on rationality and objectivity of scientists any more. Also, government cronies or crooks do not qualify as businesspeople).

To be able to think, to exercise reason in order to create new businesses, products, and services, businesspeople need freedom. Only in markets free of government control and regulations competition spurs businesspeople to fully rely on reason, so as to innovate new, better products and services and more efficient processes that create more value for their customers and therefore, more wealth for their shareholders.

Throughout history, the freest markets (from England during the Industrial Revolution to the United States to Hong Kong and Singapore) have always created the most wealth and flourishing. In contrast, the least free countries (from North Korea and the Soviet Union to Cambodia under the Khmer Rouge to China, Cuba, and Venezuela) have created the most misery, including starvation and death for their citizens.

Businesses to be able to use reason to produce and trade and to maximize profits, require freedom. But freedom is not automatic and needs to be protected against those who initiate physical force or fraud, whether foreign invaders or common criminals. Protection of freedom is the role of government: to leave people free to exercise reason in business and all other fields, as long as they do not resort to physical force and let others do the same.

This is my wish for the new year: more freedom—not interference—from the government for businesses and the rest of us to pursue our interests, and protection against those who attempt to violate our freedom through force of fraud. I also wish for more reason. This is bound to follow when we, including business firms, are accountable for our actions and cannot demand others to sacrifice themselves for our sake.

Since mere wishing is unlikely to bring about more freedom and reason, I continue to advocate for them through writing and speaking and hope you’ll consider using whatever available means to defend these important values. That is the only way we can keep them.