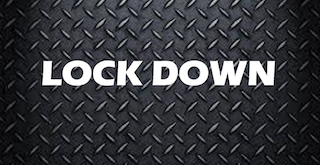 You cannot prevent a virus from spreading in a country that values freedom with the acceptance of risk that comes with it.

Consider this versus the dictates of an all powerful state:

Let’s close hardware stores on Tuesday, Thursday and Saturday, crowding them on the days they are open.

Let’s allow construction to resume, and make sure the businesses that supply construction material remain closed.

Let’s restrict people to their homes but make sure they have nothing they can do except watch cable tv.

If your last name starts with an R or W, you can grocery shop on Tuesday and Thursday morning only.

For some reason, political leadership believes it has to appear to be doing something, even if the effects are calamitous.

Leaders of almost every country in the world have been taught, or convinced themselves, that government can control and fix any problem it chooses to address. This, in spite of the failure of the Soviet Union, Communist China, Cuba, Venezuela, etc.

Closer to home, the USA could not win a war in Vietnam, a “war” on poverty, multiple wars in the Middle East, or its latest, slow motion surrender of its “war” on drugs.

Government policies here at home, in attempting to stop the virus, if carried through to the inevitable, unsuccessful end, will certainly further drain Bahamian’s bank accounts that are already under pressure from lack of savings. And the National Insurance Board will have to stop unemployment payments in the not too distant future if the country’s pension fund is to meet its obligations.

Even before the virus, the press was suggesting that the Bahamas Government’s current debt level and continued overspending has the financial community predicting default and bankruptcy for The Bahamas. Now the draconian measures and virus induced spending to stop the virus will risk destroying the Bahamian Dollar parity with the US Dollar.

Banks have been told they cannot pay dividends to their foreign shareholders and lenders. They cannot foreclose on defaulting borrowers. How soon might they restrict withdrawals of money from accounts?

Will The Bahamas run out of foreign reserves to buy food imports if lockdown’s continue?

Will government employees continue to be paid in full until the bitter end?

Maybe it will not come to this extreme but Bahamians and residents will never be aware of how close bankruptcy of the country and the destruction of living standards these policies have risked.

How long can The Bahamas as we know it survive with most of its patron’s that provide income are effectively banned from entering the country?

The lockdown policies must come to a permanent end and policies shift toward encouraging health protocols.

In closing, what about a vaccine or finding a treatment for COVID-19? The singular irony in all this is the much maligned “big pharma” is being looked to as the saviour for governments that have chosen these disastrous economic policies.

Now let’s get back to work.