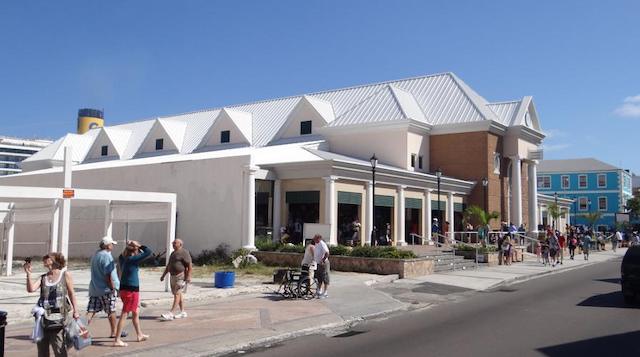 Markets are essential for thriving. The Straw Markets are particularly essential as a symbol of the Bahamas.  When they were shut down, they symbolized the lock-down mentality that has tormented the islands, and indeed, much of the world. As Europe re-introduces lockdowns, everyone must consider the cost. Some fear openness. Others recognize that lockdowns hurt the most vulnerable, and make it harder and harder to recover. While no clear evidence has been offered to justify lockdowns, the evidence against their economic devastation is everywhere. The massive social experiment has not been shown to be effective.

Openness is essential for life. We are starting to see the difference in regions that maintain openness, and those that have closed themselves off from fear. Economic shutdowns are causing historic economic fallout.  Openness leads to success. Florida offers a good model. The state that is closest to the islands initially locked down like most of the world, but soon found openness as a better alternative. There were some uncertain times, but today, Florida marks some of the lowest Covid rates in the world. One cannot take the disease lightly, but neither can one take economic development for granted. The state has seen enormous economic growth over the past year.

Economic well-being is essential for overall development, including development of education, nutrition, and indeed, overall health.  It is well understood that an economy cannot be shut down and still thrive.  Some sectors, particularly those that cater to the wealthy, may survive, but most of the economy will be devastated in lockdowns, no matter how well-intentioned.

Less commonly understood is the impact of economic well-being on health.  Many studies demonstrate that well-being can be constrained by economic conditions. Economic development parallels health for most of the world. Poverty leads to greater health challenges. For example, Phillips and Hamberg (2015) found deeper challenges for men than women in economic devastation. Poverty also leads to weakened immune systems resulting from poor diets and inadequate healthcare. Indeed, in a time when healthy citizens are essential, anything that contributes to poverty only adds to the problem. General health and well-being increase immune resistance, and promote recovery from illness.  This is not questioned. Moreover, the mental health damage is just beginning to become apparent.

There is value in precautions.  But lockdowns do damage to overall well-being that may take generations to recover from.  And there is limited evidence that they control the spread.  Moreover, no amount of government assistance can compensate for the damage done to livelihoods and to wellness caused by lockdowns.

You Can’t Pick and Choose

In an autocratic economy, bureaucrats determine which markets are essential and which are non-essential. Who selects the winners and losers in such a model, or what criteria could be used to identify who is essential and who is non-essential, is unclear. Such a model is not only unfathomable, but also unconscionable. The damage to lives is unmeasurable. There are no non-essential people. Everyone is important.

Markets are essential for economic well-being, and ultimately, for health. Policy-makers must apply that insight broadly. All individuals must be allowed to participate in the economy. There can be no “partial openness”, or “intermittent progress”, just there is no such thing as “compromised integrity”, or “partial starvation”.  Nobody should ever be in a position to decide who is and who is not allowed to participate in an economy. Nobody should argue for rotating Straw Market vendors. Let them all open. Proposals to rotate market participants, or otherwise mete out privileges, can only lead to corruption and turmoil.

Bad Advice from the Rich is Still Bad Advice

Worldwide, governments have followed the G-7 nations and WHO proposals regarding Covid-19 protocols.  The result has been economic devastation.  It’s easy for wealthy nations to advocate for tighter economic restrictions.  Indeed, it is not whole nations making these proposals, but the wealthiest among those nations.  For, even in the wealthiest nations, the poor and those of insecure incomes are losing to lock-downs.  Lockdowns have always been unconscionable policy, but they also have an unbalanced impact, hitting hardest on those who have the least ability to absorb the pain. The idea that lockdowns can be sustainable is a luxury belief. “Luxury beliefs”, Rob Henderson reminds us, are those that can only be held by those who can afford the luxury of living in denial of economic realities (Quillette, 2019).  For people who live in the real world and have a real life of struggle, this type of belief is deeply destructive.  The Straw Market vendors and, indeed, the people of the Bahamas are not asking for more vouchers and handouts.  They merely want the opportunity to work and live in dignity.

Markets are life.  The Straw Market is symbolic.  Reopening should not be selective, nor done on a “rotating” basis.  Across the board, markets must be open to sustain life and to allow people of all kinds to thrive, economically, mentally, socially, spiritually, and physically.

Whether it’s the straw market or the broader economy, half-measures are insufficient.  Everyone needs the ability to manage their lives and improve their own well-being.