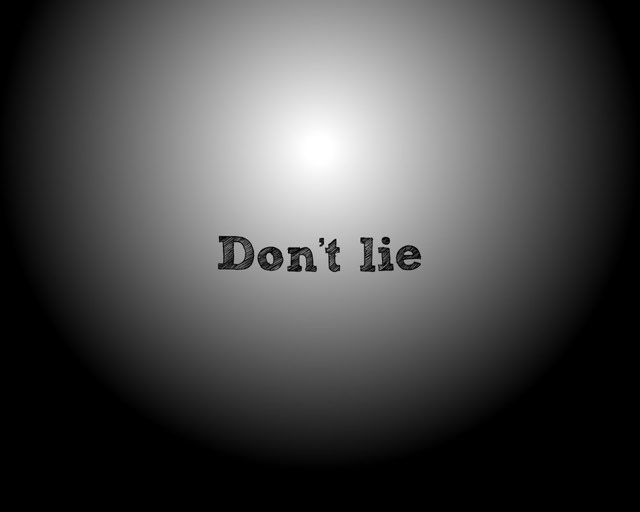 The short answer to the question is: nothing—and besides, you will lose a lot. I have written about honesty before, but a comment from a colleague prompted me to address lying again. About to start teaching a class, he claimed offhand: “Everyone lies every day.”

Since his class was starting, I didn’t have a chance to respond (beyond lifting my eyebrows incredulously), nor do I know what motivated his comment. Perhaps the fact that I teach business ethics provoked it, or maybe he was just projecting his own behavior onto others. Or maybe he was thinking of casual liars, such as President Trump who has been frequently caught uttering untruths (and is not even embarrassed about it). Nevertheless, it got me thinking about the prevalence of lying, why people do it, and why it is harmful.

It is astonishing that some people, like President Trump—or according to my colleague, everybody—think nothing of lying, or more specifically, of dishonesty. As Ayn Rand described it, dishonesty means faking reality in order to gain a value.  Lying is faking, saying things that are not true, for the purpose of gaining some value, however small: from others’ approval or respect (so as to bolster one’s self-esteem, or a company’s reputation), all the way to defrauding someone of their property.

My colleague’s claim that everyone lies daily should not have come as a surprise, as the common view of business is that deception of investors, customers, suppliers and even employees is common, motivated by the pursuit of profits. While I don’t doubt that many people lie, in business and otherwise—we have volition to choose to be honest or dishonest, after all—constant, casual lying by everybody is a sheer impossibility.

Why? Because lying for the purpose of gaining a value, or dishonesty, is harmful to ourselves and to others. It leads, not to gaining of values but to their loss.

Lying is motivated by the mistaken belief that one can actually gain a value by telling a lie, to deceive others (or oneself). Yes, it is possible to obtain a temporary ‘benefit,’ such as respect, or investors, credit, or customers, through deception. However, gaining values for the long term, such as lasting credibility or sustained profitability, is not possible by faking reality.

Mr. Trump may think that he can earn respect (and self-esteem) by lying—but all that faking ever gives him is the loss of credibility and a reputations as a buffoon. It is also possible for a businessman to lure in investors by lying about, say, a discovery of a vast gold deposit or an invention of a revolutionary technology, with guaranteed future profits. Investors will flock in initially, but once the truth will come out—as it always does—they will leave, leading to the collapse of the business, and often also prison sentences for those who devised the deceptions.

But what if the deceivers never get caught and will live out their dream in some tropical paradise, enjoying their dishonestly obtained gains? How can I be so sure that they will found out or be otherwise unable to enjoy their ill-gotten gains?

Faking reality, or lying, will always lead to a loss of values because faking does not change reality. Faking your achievements does not make them real and therefore it cannot gain you their consequences: self-esteem, reputation, credibility, loyal customers, reliable suppliers, patient investors, and long-term profitability. Such values can only be gained by actual achievements: real discoveries (of knowledge, gold, oil, for example), products or services that offer real value to customers, and thereby, profits and return on shareholders’ investment.

Liars and deceivers will be found out eventually, like Bernie Madoff did, because maintaining a deception and all the subsequent lies to cover it up is impossible. It is one thing to keep facts straight in one’s mind because it is possible to check the actual evidence. But it is completely different to try to keep a growing network of lies straight when there is no reference point to reality. Sooner or later one will trip up and contradict earlier lies. Deception incapacitates the mind, which leads to misery and wipes out any presumed benefits of lying.

What about those everyday small lies my colleague likely meant, told to make oneself look better, to save face, or make others feel good (such as fake praise)? Aren’t they just victimless lies and therefore harmless? Such ‘small’ lies are as futile as large deceptions and also harmful. They will not make you look better when our fibs are found out—you merely develop of reputation as a liar who cannot be trusted to tell the truth. And those who receive fake praise from you will be misguided in thinking they have performed well, and will continue on the same path.

All lies, big and small, are harmful, because we depend on knowing the truth for achieving our values. Therefore, honesty is one the central virtues for living a good life, and for succeeding in business.