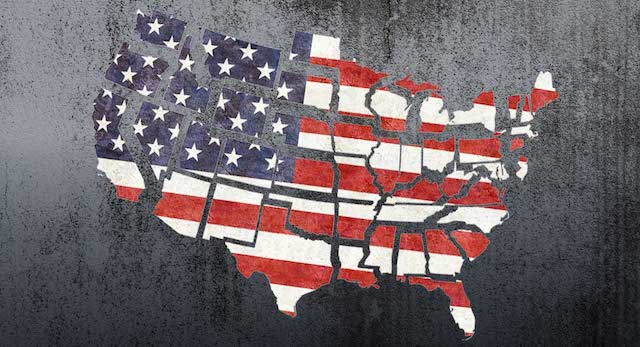 For most of January and February I was in Los Angles, California. This is the centre of the “Trump resistance” and California played a significant role in the Democrats winning control of the House of Representatives. In his State of the Union address, President Trump gave an emollient account of the US’ economic progress — with a higher economic growth rate, the lower unemployment rate for African Americans and Hispanics; the benefits from deregulation and the tax cuts (but not the failure to deal with the burgeoning fiscal deficit) — and his foreign policy successes. But, this was met by stony silence on the Democratic seats, except when he congratulated their white blazered women for being the largest feminine contingent in US congressional history.

But as Joseph Epstein (“The state of the union.., WSJ, 1 February) pointed out, the President’s rosy scenario was repudiated by the reality of an utterly divided country, with the “so-called aisle between the two parties in both houses a more effective wall than any the Ho­me­land Security Department could devise”. This reflects, he argues, the lack of consensus on fundamental values like family, education, security, fairness and decency on which there was agreement not so long ago. “What union”, he concludes, “one might ask ab­out a country so divided within itself, so vastly, so radically, so sadly at loggerheads”. How has this come about?

The proximate cause is the post traumatic stress the Trump resistance is still suffering from the loss of the Presidency which they had assumed was in the bag for Hilary Clinton. Nothing illustrates this better than the recent revelations by the former deputy director of the FBI, Andrew McCabe, that he and the Deputy Attorney General Rod Rosenstein, after President Trump fired James Comey as the FBI director in May 2017, discussed using the 25th amendment of the constitution to depose him. As the WSJ commented (“The FBI’s Trump Panic”, February 19). “This is extraordinary, and as far as we know unprecedented. A President exercises his constitutional prerogative to fire the FBI director, and Mr Comey’s associates immediately talked about deposing him in what amounted to a coup.” As McCabe has been fired for lying to FBI investigators, it is difficult to know the truth. The whole mess, including Rosenstein’s appointment of Robert Mueller as the special counsel to investigate Trump-Russia ties “after Mr Comey arranged a media leak” after his firing, is now on the desk of the new attorney general William Barr, and we will have to wait and see if, as “Mr Trump’s enemies still claim, he is a Russian agent” or “as millions of his supporters think there is a ‘deep state’ conspiracy against him”.

The deeper reason for the current political divide is the growing repudiation by the Democrats of many as­pects of what had been the traditional US method of assimilation through the ‘melting pot’, whereby diverse individual identities were transformed into a distinctive American identity, as observers from De Tocqueville onwards had noted. The only shameful exception were the descendants of the slaves who did not get equal rights as citizens till the Civil Rights movement of the 1960s.

With the accession of a black President one would have thought that Martin Luther King’s dream — of individuals not being judged by the colour of their skin but their character— had come to fruition. Ironically, the radical Black Power movement’s assertion of different cultural identities had led to the embrace of multiculturalism by many ethnic groups. The Democrats embraced multiculturalism and its identity politics. They “unleashed race, gender, sexual orientation and class as the defining issues of American politics”.(“The Democrats’ Identity Meltdown”, WSJ, 11 February).

The weaponisation of identity issues was shamefully demonstrated in the confirmation hearings of Justice Kavanaugh for the Supreme Court, when he was labelled a gang rapist with no evidence. In January, the tables were turned with the turmoil in Virginia with the Democratic Governor and Attorney General being asked to resign by Democrats for having ‘blacked’ their faces when they were at college, and the Lt Governor (Justin Fairfax) being accused of rape, which he denied. The WSJ commented “imagine the cognitive Democratic dissonance if Mr Fairfax who is black is forced to resign” because of unproven accusations whilst “the two white men survive despite racial offenses they admit”.

There is furthermore a new divide which has opened up with the recent Green New Deal promoted by the Democrat’s latest star, the 29-year-old New York Rep Alexandria Ocasio- Cortez (AOC), who calls herself a ‘democratic socialist’. She is considered by the media as second only to Speaker Pelosi in the House and is already known by her initials. The large number of prospective Democrat Presidential aspirants have all embraced the leftward swing of AOC. She wants to raise the top income tax rate to 70 per cent from 37 per cent. Elizabeth Warren wants a wealth tax on multimillionaires. Bernie Sanders wants the death duty top rate to rise to 77 per cent. But it is AOC’s New Green Deal which is the most ambitious socialist measure, which as AOC acknowledges would require massive government intervention. “On one estimate, her proposed new entitlements and public works would cost $6.6 trillion a year which is two thirds larger than America’s $4 trillion federal budget”. ( Edward Luce “Green New Deal…” FT, 15 February). Apart from proposals to eliminate air travel, cows (for the methane in their bowel emissions) and of course fossil fuels.

For the first time since the Great Depression there is a deep ideological economic divide between the parties: Socialist Democrats and capitalist Republicans. Mitch McConnell, the Senate majority leader acknowledges this as reopening debates of the 1930s when socialist and communist ideologies were discredited. He has asked for a vote on the New Green Deal in the Senate to smoke out the socialists. He noted that Gallup found for the first time that Democrats have a more “positive view” of socialism than capitalism. (Fred Barnes: “Ocasio-Cortez heralds a new political era”, WSJ, 19 February.)

The revival of the divide between the supporters of capitalism and socialism will be settled at the 2020 election. If America’s character has not changed, I would be very surprised if the newly found socialism of AOC and her Democratic fellow travellers are endorsed by the electorate. Hopefully, this may also end the various forms of identity politics promoted by the Democrats which are disuniting America.

That businesspeople buy low and sell high in a particularly alert and advantageous way does not make them bad unless all trading is bad, unless when you yourself shop prudently you are bad, unless any tall poppy needs to be cut down, unless we wish to run our ethical lives on the sin of envy.Deirdre N. McCloskey … (next quote)
%d bloggers like this: