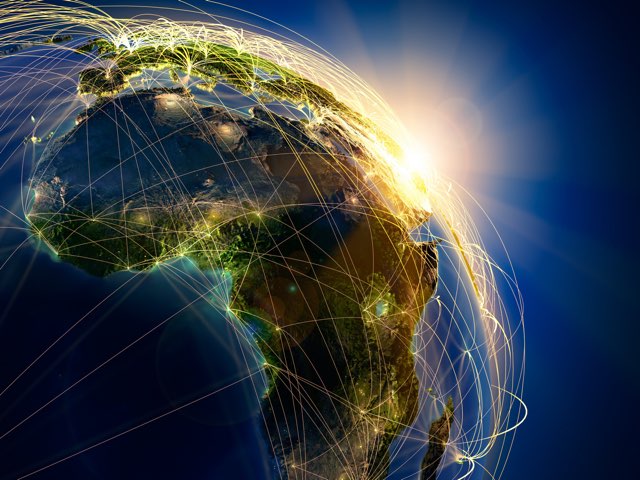 Sub-Saharan Africa consists of 46 countries and covers an area of 9.4 million square miles. One out of seven people on earth live in Africa, and the continent’s share of the world’s population is bound to increase because Africa’s fertility rate remains higher than elsewhere.

Nigeria will be bigger than the United States in a few decades.

If current trends continue, there will be more people in Nigeria than in the United States by 2050. What happens in Africa, therefore, is important not only to the people who live on the continent but also to the rest of us.

Africa may be the world’s poorest continent, but it is no longer a “hopeless continent,” as the Economist magazine described it back in 2000. Since the start of the new millennium, Africa’s average per capita income, adjusted for inflation and purchasing power parity, rose by more than 50 percent, and Africa’s growth rate has averaged almost 5 percent per year.

For the first time, less than half of Africans are in extreme poverty.

Life expectancy rose from 54 years in 2000 to 62 years in 2015. Infant mortality declined from 80 deaths per 1,000 live births to 49 deaths over the same time period. When it comes to HIV/AIDS, malaria, and tuberculosis, their occurrence, detection, treatment, and survival rates have all improved. Food supply exceeds 2,500 calories per person per day (the USDA recommends consumption of 2,000 calories), and famines have disappeared outside of warzones. Primary, secondary, and tertiary school enrollments have never been higher.

The Wealth of African Nations

Some of Africa’s growth was driven by high commodity prices, but much of it, a McKinsey study found in 2010, was driven by economic reforms. To appreciate how significant these were, it is important to recall that, for much of their post-colonial history, African governments have imposed central control over their economies. Commonplace policies included inflationary monetary policies; price, wage, and exchange rate controls; marketing boards that kept the prices of agricultural products artificially low and impoverished African farmers; and state-owned enterprises and monopolies.

That began to change after the fall of the Berlin Wall. Socialism lost much of its appeal, and the Soviet Union, which bankrolled and protected many African dictatorships, fell apart. Between 1990 and 2013, economic freedom, as measured by the Canadian Fraser Institute, rose from 4.75 out of 10 to 6.23. Freedom to trade rose even more, from 4.03 to 6.39. Most impressively, Africa has made much progress in monetary policy, or access to sound money, which rose from a low of 4.9 in 1995 to a remarkable 7.27 in 2013.

Africa has made similar strides in terms of microeconomic policy. As the World Bank’s Doing Business report indicates, Africa’s regulatory environment has much improved. Starting a business, for example, has become easier, with Africa’s score rising from 45 out of 100 in 2004 to 72 in 2015. Dealing with construction permits, resolving insolvencies, enforcing contracts, registering property, getting credit, access to electricity, and the ease of paying taxes have all much improved.

Most of Africa still isn’t free.

Unfortunately, there has been no substantial improvement in the quality of Africa’s institutions. According to the Freedom House’s Freedom in the World 2016 report, there were only six free countries in sub-Saharan Africa: Benin, Botswana, Ghana, Namibia, Senegal, and South Africa. While many countries adopted more “democratic” constitutions that include term limits, and other legislative and institutional checks on the executive branch, African rulers have found a way around those provisions in order to maintain and abuse power.

According to the World Bank, corruption continues to thrive among government officials and, importantly, among members of the judiciary. As a consequence, rule of law indicators for African countries have remained, by and large, unchanged. Yet without efficient and impartial courts, Africa’s economic potential will always remain unfulfilled.

The Challenge and the Opportunity

That said, as experience in other regions shows, institutional development tends to lag behind economic reforms. In the medium to long run, growth of the African middle class might yet result in a political awakening and greater assertiveness of the African populace — and eventually the democratization of the continent.

The new millennium has been good to Africa, but the continent is still far from being prosperous, let alone democratic. In order for Africa’s economy to go on expanding, Africans will need to continue with their reforms — never forgetting that the world economy keeps on changing and global competition keeps on increasing. That is Africa’s challenge, as well as its opportunity.

This article first appeared at CapX and HumanProgress.org.

Marian L. Tupy is the editor of HumanProgress.org and a senior policy analyst at the Center for Global Liberty and Prosperity.