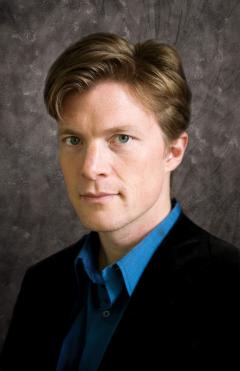 Article reposted here with the kind permission of the author. See the original article here…

Johan Norberg is a senior fellow at the Cato Institute and a writer who focuses on globalization, entrepreneurship, and individual liberty. Norberg is the author and editor of several books exploring liberal themes, including his newest book, Financial Fiasco: How America’s Infatuation with Homeownership and Easy Money Created the Economic Crisis. His book In Defense of Global Capitalism, originally published in Swedish in 2001, has since been published in over twenty different countries. His personal website is http://www.johannorberg.net/.

Ideologies and thinkers fight over the best solution to our problems. Capitalism is the recognition that this one best answer does not exist. We can’t build a perfect system, which would suit everyone. That is why capitalism says that all peaceful ideas, projects and systems are welcome. It says that we don’t know the one best way, so people have to decide themselves what might be best for them, what kind of ideas and dreams they want to realise and what kinds of goods and services they should or shouldn’t consume. You are free to try anything, as long as you don’t use force against other people, or force them to pay for your projects. Capitalism is the economic system that leaves the economic decisions to the people, instead of the system.

Want a “Buy nothing-day”? Sure, go ahead. You can have it every day of the week. Capitalism means voluntary relations. No deal is ever made if both parties don’t think that they benefit from it.

Some people blame capitalism for the poverty in the world. That’s because they haven’t studied – or at least haven’t understood – history. Poverty is nothing new. Poverty has always been the fate of mankind. 200 years ago every country was an underdeveloped country. The new thing in the world – the fantastic thing that demands an explanation – is wealth. The fact that some countries and regions have been lifted out of poverty for the first time in the world’s history.

The reason is capitalism. It was capitalism that opened the doors for human creativity, so that we could produce goods and services on an unprecedented scale.

130 years ago my forefathers in Sweden starved. Sweden then was poorer than Congo is today, and people lived twenty years shorter than they do in the average developing countries. To survive the Swedes had to make bread from bark, lichen and straw, and they made porridge on meal minced from the bones of fish and other animals.

Sweden was not developed by socialism and the welfare state. If we had redistributed all property and all incomes in Sweden then, every Swede would be living on the same level as the average person in Mozambique. Instead, Sweden was liberalised in the mid-19th century, and free people on free markets with free trade could produce wealth, and make us a rich country. Our economy was specialised and made more efficient so that we could feed ourselves and afford other goods as well – clothes, housing, newspapers, education. By 1950, before the Swedish welfare state was built, the Swedish economy had quadrupled. Infant mortality had been reduced by 85 per cent and life expectancy had increased by a miraculous 25 years.

This has happened in every place where people have got the freedom to own, produce and trade – where they have capitalism. We can see this clearly in regions divided not by people, culture or tradition, but by their political economy. Capitalist West Germany became one of the world’s leading economies, communist East Germany stagnated; capitalist South Korea went from underdeveloped to European standards of living, socialist North Korea went from bad to much, much worse; the Chinese on capitalist Taiwan had the fastest growth in the world, the Chinese in red China starved – until they started their own economic liberalisation.

130 years ago in Sweden, luxury was to have sufficient food for the day, and be able to give your children an education – something available only to the rich. Capitalism made it possible for ordinary people to get that. Then luxury became to afford a car and a telephone. Luxury is that which is almost, but not really, within reach. And the constant change and dynamics in capitalism changes the concept of luxury constantly.

Luxury is something relative. Luxury is that which we want, but rarely have access to. When I was a poor student with a lot of spare time, luxury was to afford to eat out, and drink expensive drinks. Today luxury is to have more spare time, to sit and read a book over a cup of tea.

The incredible development under capitalism constantly makes us richer, and makes the goods we want available to new groups. And as we get richer and afford the old luxuries, new goods, that we never thought about before, become the new luxuries, worth striving for. In North Korea luxury is still to get sufficient food to survive the day.

And this is because some people were allowed to take the first steps to luxury. When the first millionaires bought a car, the socialists derided it as a rich mans’ toy. But the rich’s car purchases gave resources to the producers, who could invest them in more efficient production methods, which made the cars available to more people. The same thing happened with refrigerators, telephones, radios, medicines and education. If those who fought for material equality and against luxuries had won the day, these inventions would never have been developed, and the research that went into making them in a cheap way for the mass market, would never have been subsidised by the wealthy’s purchases.

So much for those who complain that the introduction of personal computers and the Internet creates a ”digital divide”. Progress always starts somewhere, with someone, and that is contrary to their demand for equality. If they had been present 50 000 years ago, they would have complained about the ”elemental divide” that was created when some learnt to control the fire, or the ”transportational divide” when someone invented the wheel.

Goods and services are not trivial. They contribute into making our lives good, comfortable and entertaining. Those who think it is superficial must ask themselves why people strive for them everywhere. The kind of goods that are perceived as luxuries in a society says a lot about that society. One of the reasons why the Russians hated the communist system was that it turned tampons and toilet papers into luxuries. The first thing many Afghanis did after the taleban dictatorship had fallen was to put on make-up and listen to the music that used to be forbidden. If not even brutal dictatorships can control man’s interest in the good life, what could?

But if we always want more, and better things, isn’t this a curse more than a blessing? We strive for more wealth, but when we attain that we are not content, instead we merely continue to strive for even more. Does money really make us happier? A singer answered: “perhaps not, but I’d rather cry in a Roll-Royce than on a bus”.

But that is to understate the case. It is not the money in itself that makes us happier. Instead it is the knowledge that our lives can improve. There is something in human nature that brings us joy when we get something that is hard to come by. Luxury is lust and joy. Capitalism – through the constant improvement and wealth creation – is the only system that regularly gives us that enjoyment by letting us come closer to, and within the reach of luxuries, and that gives us new ideas of new luxuries, with the hope that we will attain them in the future as well. Not for a small privileged class, but for all of us.

In six years, two thirds of the Americans in the poorest fifth of the population, climb to one of the top three fifths. And at the same time, the bottom fifth is constantly filled with new poor immigrants and students who are about to enter the same upward social mobility. That is why Cubans swim to the US, and not the other way around. The belief in a better future is perhaps mankind’s most rewarding and important psychological gift. Champagne and caviar is a good symbol for that.

For many elitist intellectuals, this is merely a materialist hunt for superficial pleasures. But that’s merely because they have other pleasures and luxuries. To find that rare book, to listen to that great lecture or to get that title of professor. We all have our favourites. These intellectuals would be amazed by the diversity of pleasures that exist in a society. They should learn to appreciate some pluralism.