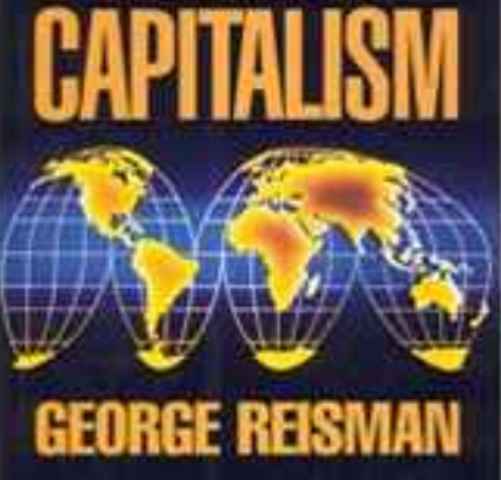 Probably the greatest conflict of our time is not a conflict of race or culture, but a disagreement about the best system for organizing economic activity. The collapse of Marxism as an ideology and of Communism as a system is the factual evidence that we have moved into a new and different society. Transition to a knowledge-based arrangement for improving life is challenging the now archaic structure of a dominant state with the power to redistribute incomes and control production. The uncertainty and fear of change manifested itself in the angry mobs of Batelco employees resisting privatization with threats of violence.

Look at the Facts

Socialism/communism is a system of deliberate arrangement of human behaviour by a central authority whilst the free enterprise system may be described as a spontaneous extended human order created by a competitive market. The most important aspect of the latter, and one that those sympathetic to the socialist arrangement fail to grasp, is that it is through the competitive market that knowledge of available resources is generated and utilised. It is a proven fact that greater wealth and knowledge are garnered by following the spontaneously generated moral traditions underlying the competitive market order than can ever be obtained through a centrally directed system. The bigotry and dogmatism of the socialists is manifest in their refusal to examine the facts. It is the history of 20th century statism – the endless search for a place where utopian dreams come true, and when they don’t, blame is placed on persons and not the system.

Self Interest versus Public Interest

It is suggested that “self-interest and the public interest are almost always at odds…” If it is meant that the public interest is harmed by people acting in their own self-interest – this is clearly untrue provided the actions are lawful (not harmful to others). Whilst governments have power to impose what they determine to be a public good, the consequence of collective action may or may not serve the interests of individuals.

There are areas of public interest that only government can serve, such as law enforcement, perhaps street lighting and roads, the serving of which is not antithetical to self-interest and one on which we can agree.

One thing you can positively rely on is that everyone can be counted on to put his own interest above that of everyone else, including people in government who are no different. The difference is that self-interest in private enterprise obliges individuals to rely on their own resources, whereas government people use taxpayer resources.

Perhaps the delusion persists that “government acts.” In fact government doesn’t act – it is the people employed in government that act.

Vision of the Anointed

Critics of Capitalism fall victim to what Thomas Sowell so eloquently refers to as the “vision of the anointed” – those who in spite of individual variations are locked into a particular framework of prevailing assumptions, with an extraordinary ability to defy evidence that may not fit their beliefs. Dr. Sowell says…

“Despite the great variety of issues in a series of crusading movements among the intelligentsia during the twentieth century, several key elements have been common to most of them:

Assertions of a great danger to the whole society, a danger to which the masses of the people are oblivious.

An urgent need for action to avert impending catastrophe.

A need for government to drastically curtail the dangerous behaviour of the many, in response to the prescient conclusions of the few.

A disdainful dismissal of arguments to the contrary as either uninformed, irresponsible, or motivated by unworthy purposes.”

It is hoped this correspondence will persuade your readers to take a closer look at the assumptions made by writers and politicians. Look at the facts, not the fiction.

…the task of the entrepreneur consists precisely in finding, in a world of perpetual change, which combination of resources will yield, in the conditions of today, a maximum surplus of output over input value, and in guessing which will do so in the probable conditions of tomorrow, when output values, cost of complementary input, and technology all will have changed. (1940)Ludwig M. Lachmann … (next quote)
%d bloggers like this: