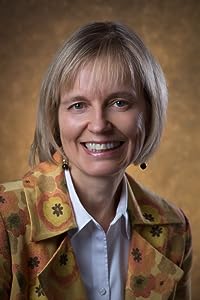 I have resisted writing about the perceived problem of inequality in income and wealth; Thomas Piketty’s book, Capital in the 21st Century, has received too much unjustified attention already. But I gave in because I think what I have to add to the debate helps in rejecting Piketty’s argument that the wealth and income gap is somehow alarming and should be reduced.

Why is the attention to Piketty’s book unjustified? Because the wealth and income gap between the rich and the rest of us, whether growing or not, does not matter. (And therefore, over 700 pages of analysis of this issue are a waste of paper and a waste of time to read and think about. I have not read and will not read Piketty’s book). As Harry Binswanger convincingly argues in a Real Clear Markets column, income level is not a social but an individual issue. How much money someone makes is nobody else’s business, as long as they earn the money honestly, without initiating force or fraud, and are not forced to do it. The amount of money a person earns by working for someone else, by operating a business, or by investing is a matter of trade: in (relatively) free markets your income depends on how valuable what you offer (your labor, your products or services, or your capital) is to your trading partners. And how valuable what you offer is, depends on your productivity: creation of material values. The more productive you are, the more material values you create, and the higher your income and accumulated wealth.

Our lives literally depend on productivity: without our productive efforts and those of others, there would be no material values— such as houses, vehicles, fuel, food, medicine, insurance, art, entertainment—that a flourishing life requires. And productivity requires freedom: freedom to choose with whom to trade, what to produce, where, and when, and how to dispense the results of one’s production (to consume or to invest). While slaves can produce material values under the threat of force, they lack the incentive to innovate new and better products and better ways of producing. Throughout history, the freest societies have always been the most productive: contrast, say, America (especially before it became a modern entitlement state) and Russia under various forms of dictatorship.

Now, take Piketty’s (and President Obama’s and other leftists’) argument that income inequality is a problem and should be reduced or eliminated. The only way to reduce the differences in income and wealth is to take (through taxation) from those who are more productive and give to those who are less productive. This reduces the freedom, and motivation, of the producers. The consequence? Fewer material values are produced overall—given the lesser motivation, ability, and effort—and everyone’s ability to survive and thrive is diminished.

We should not envy those who are more productive than us and demand the government to reduce the income gap. We should encourage and cheer their productivity instead because their production, investment, and consumption (which means increased demand for products and services) create more material values and trading opportunities for us. Curtailing the producers’ freedom and forcefully reducing inequality in income and wealth harm everybody. So let’s reject Piketty’s and others’ arguments against income inequality and embrace and defend freedom to produce and trade instead.

Critics of markets often complain that capitalism encourages and rewards self-interest. In fact, people are self-interested under any political system. Markets channel their self-interest in socially beneficent directions.David Boaz … (next quote)
%d bloggers like this: