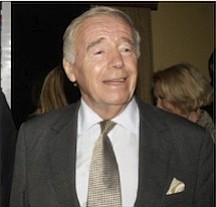 The epithet “Dodgy Dave” applied to a British Prime Minister is by any standards rude and insulting. Those were the words uttered in the House of Commons earlier this month by Dennis Skinner, a veteran left-wing Labour Member of Parliament, during exchanges with David Cameron about his financial affairs following the Panama Papers revelations.

As well as being inherently pejorative, the word “dodgy” has a notably derisive connotation in contemporary British politics because of the Blair government’s so-called “dodgy dossier” about Iraq’s weapons of mass destruction, some of the content of which turned out to be substantially wrong.

Mr. Skinner declined the Speaker’s request to withdraw his remark and, since MPs are not allowed to call others dishonourable, he was ordered to leave the Chamber. This was a high profile example of the Speaker asserting the rules of Parliament without fear or favour.
Such action has inevitably stimulated discussion about the seriousness of the offence and has brought into focus both the role of the Speaker and the issue of what can or cannot be said in Parliament under the Westminster system of government – in particular, what is permissible under parliamentary privilege.

The Speaker of the House of Commons is elected by his (or her) parliamentary colleagues to preside over its proceedings and to interpret and enforce its rules. As such, he must remain at all times politically impartial and, in judging any issue, should not allow himself to be influenced by the blandishments of individual ministers or other MPs.

The current Speaker at Westminster is not universally popular with MPs, partly because of his perceived patronizing attitude in dealing with them. But most, if not all, are scrupulous in respecting his role as the occupier of an important constitutional position in “the Mother of Parliaments” – a description first coined in the 19th century of an institution which became a model for many other Parliaments around the world.

The Speaker is the judge of parliamentary privilege, which derives from the basic tenet that MPs must be free to speak their minds in debates and to represent the views of their constituents without fear of civil liability. But they should exercise this right of free speech responsibly, carefully, without malice, in good faith and with due regard to the right to privacy of others because MPs themselves are not above the law of the land.

Meanwhile, Mr. Cameron has had to deal with the fallout from the Panama Papers, which has affected him personally. He is reported to have admitted that he could have handled the row over his financial affairs better by providing information about his investments, and making public his tax return, straightaway. But, after his initial faltering defence of his position, he has now done both; and, following his strong performance at Prime Minister’s questions when he said that he had nothing to apologize for — together with wide support from his parliamentary colleagues — the criticism of him seems to have dissipated.

His backers included eurosceptics who are at odds with him over Britain’s future in the European Union (such support is a sign, surely, of political maturity at a time of feverish debate about Europe) for it soon became clear that, having acted with integrity and probity at all times, there was no evidence of impropriety or illegality on his part even though his critics suspected from his slowness to respond that there might have been something for them to get their teeth into.

At the core of the controversy arising from the Panama Papers is a distinction between tax avoidance, which in itself is legitimate, and tax evasion which is not. The former involves finding ways within the law of reducing tax liability while evasion is the illegal practice of attempting to reduce or not pay taxes by failing to report income or falsely claiming tax allowances and expenses.

While defending his personal position, Mr. Cameron also announced that from now on UK overseas territories like the Cayman Islands, the British Virgin Islands and others will share information on company ownership with British authorities and law enforcement agencies. It remains to be seen whether there will be pressure to place under fresh scrutiny as well other financial services jurisdictions named in the Panama Papers.

Another possible effect of the current controversy which has put Mr. Cameron under the spotlight is a renewed debate about relative wealth in Britain. The latest figures show that there is a chronic imbalance with the richest 10 per cent owning 45 per cent of the nation’s wealth. Such a situation appears to be grossly unfair and provokes calls for coercive redistribution of wealth in a way similar to that demanded by US Democratic presidential contender Senator Bernie Sanders.

That said, inequality of one sort or another is part of the human condition because of differences of background, ability, capacity, health, attitude and commitment. So, can it really be fair for a government, which has already received the appropriate tax from someone, to demand, on the grounds of claimed social justice, further wealth from that person who may have inherited it or earned it legitimately and at his own risk in a free market by successfully providing goods or services to others?

The fact that Mr. Cameron himself has now been forced to admit the extent of his own wealth, particularly that gained from inheritance, has stirred up again in Britain the politics of resentment at a time of forced austerity.

Even though the current Tory government claims to have lifted some 1.3 million people out of taxation and established a National Living Wage, there are those who seriously doubt that rich, patrician leaders from privileged backgrounds can genuinely understand the ambitions and anxieties of ordinary people or represent the interests of the majority. They also wonder whether such leaders can be wholeheartedly committed to the Conservative party’s values of ambition and aspiration, self-improvement and hard work together with the need to save and to strive in order to get on in life.

That is the inevitable down side of recent events. But they also bring to the forefront issues like the need to create a balance between transparency and privacy. In a democracy, all citizens — the rich, the powerful and the less well-off alike – have the right to protect and preserve their assets (unless gained from criminal activity) by careful financial planning in order to pay only the level of tax required legally by the state and through exercising the principle of inheritance which is at the core of traditional British values.

The “Dodgy Dave” saga has emphasized once again the significance of the role of the Speaker in presiding over a mature House of Commons which is steeped in history and tradition and which should provide an example to other nations which follow the Westminster system. All concerned understand that to ignore or disrespect established political institutions or to act unilaterally outside the generally accepted conventions — however unimportant any particular incident may appear to be — is the first step on a slippery slope towards disorder and eventual dictatorship.

In the case of Mr. Skinner, to his credit he did not demur at the Speaker’s ruling. He rose immediately from his customary front row seat on the opposition benches and strode out of the Chamber without a backward glance.

This was parliamentary procedure in action — a relatively trivial incident, perhaps, but a matter of principle and an example to all MPs that each is accountable and none should be allowed to act outside the long-standing rules.

Peter Young is a retired British diplomat living in Nassau. From 1996 to 2000 he was British High Commissioner to The Bahamas.