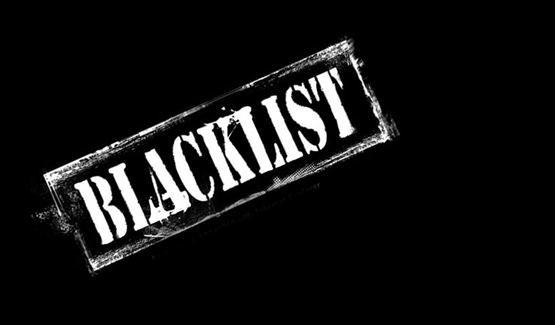 “It’s about the competition, stupid!”

For the last 5 months our town meetings, local press, talk radio and TV have been inundated with the “Blacklisting of the Bahamas” story. Everyone seems to have his or her own ideas on the issues:

In an attempt to bring the issues into a meaningful focus we cornered a friend of ours who manages one of the more respected private banks in Nassau. Private bankers are known for their discretion in everything, so we will simply refer to our banking buddy as “PB” (Private Banker). Here is the gist of our conversation.

IEF: We’re thinking of writing a thin book called “Blacklisting for Dummies” and wondered if you would help.

PB: Sure. “Alphabet Soup” could be a good title as well.

PB: Just list the attacks being made on the International Financial Centres: OECD, FSR, FATF, IMF, FINCEN and QJ/QI.

IEF: But there must be some fire where you see smoke. We hear it’s all about money laundering and drugs.

PB: Sometimes it is very easy to reduce what appear to be complex socio-economic issues into simple easy to understand theories. I-ll give you some examples:

IEF: Then what is all this talk about money laundering?

PB: Being in favour of money laundering is like being against motherhood or favouring war. How can you argue against it? Do you remember that great exchange between Derek and Clive (Peter Cook and Dudley Moore)?

IEF: So you’re saying that under the guise of putting an end to money laundering, the real agenda is to stamp out competitors?

PB: Exactly. Let’s have another bowl of Alphabet Soup.

What is the OECD? It-s not a body corporate or any other judicial body. It-s a club made up of 29 countries, each of which, to a greater or lesser degree, imposes a combination of income, sales, capital gains, inheritance, value added and departure taxes in addition to import and export duties to run their fiscal houses.

The OECD Club is terrified by–

That’s why you’ve got very paranoid bureaucrats running in circles.

I’m not saying that money laundering isn’t evil or that it doesn’t happen. I’m saying the taxing countries intend to put countries like the Bahamas out of business because they don’t like the competition. They see their tax base eroding because business is finding better places to grow. More money is laundered through New York banks on a daily basis than exists in the Bahamas.

IEF: So what goes on at the OECD club?

PB: They say they are all about transparency yet they meet in secret – go figure!

IEF: And the FATF?

PB: A subset of the OECD. Their agenda is KYC, Know Your Customer – one more bit for the soup. The FATF is concerned that Bahamian banks do not know their customers. I can’t speak for all sectors of the financial community but I sure know who my customers are – don’t you? Doesn’t every legitimate businessperson?

IEF: What is the Bahamas doing about these attacks?

PB: Careful reflection on each criticism and, where warranted, the Government is passing remedial legislation or increasing regulation so that the Bahamas will be recognized as having the best practices of international financial centres around the world.

IEF: Could the Bahamas lose its competitive advantage?

PB: There may be a perceived short-term loss of competitive advantage, but in the long term the Bahamas may be able to maintain and even strengthen its position as a premier International Financial Centre.

Let me give you another example. In the 1970s small economical Japanese cars invaded the U.S. market and the U.S. automobile manufacturers were threatened. With the help of the Government they negotiated quantitative limits on such imports. The Japanese then opened assembly plants in the U.S. for their high volume models and continued to import the other lower volume ones. They adapted and remain a dominant force.

IEF: Are you saying the threats of the OECD and the FATF to impose sanctions by July 2001 is unfair?

PB: What is unfair is that for whatever historic reason, people living in OECD countries have chosen to have part of their asset base outside of where they live. The OECD countries see erosion of their respective tax base because their citizens choose to remove their assets to other jurisdictions. Essentially the OECD is trying to make their problem our problem.

Let me give you another example:

IEF: Will sanctions such as refusing to process wire transfers work?

PB: Probably, but Bill Gates is working on the software to get around the issue!