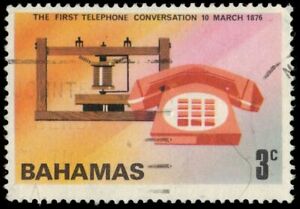 A few weeks ago, the government said it was in secret talks with an unidentified buyer to “re-start” the privatisation of the Bahamas Telecommunications Company.

Some say the mystery bidder is Cingular (formerly AT&T Wireless), America’s largest cell phone carrier. But Cingular is selling its regional licenses to focus exclusively on US business.

Cingular is selling to Digicel, an Irish company that is the region’s fastest-growing mobile operator. Digicel’s network will soon extend from Trinidad to Bermuda and from Haiti to the Cayman Islands – a total of 15 countries.

Digicel is also a GSM operator like BTC and wants to be a pan-regional mobile player. With revenues of $477 million last year, analysts say It is an agile company that targets small countries with pent-up demand to offer new services at competitive rates.

That’s a model that doesn’t seem to fit well with BTC’s senile business approach. And taking in the Bahamian telcom would be a huge management headache for the small number of new subscribers it would bring. But Digicel may think it worth the effort to establish a full regional network.

The other possibility is Cable & Wireless, a British company that has operated monopoly telecoms services in much of the English-speaking Caribbean for decades. C & W was one of the early bidders in the BTC privatisation process that State Finance Minister James Smith pronounced dead at the end of 2003.

That was shortly after the government had turned down an offer by the BahamaTel consortium to pay $130 million for 49 per cent of BTC. Early in the bidding process, Digicel had a quick look at the books but walked away.

However, experts say C&W is poorly run and despised by politicians and unionists alike as a relic of the colonial past. It is also a takeover target itself – only its odd portfolio of 14 Caribbean licenses plus Fiji and the Seychelles has protected it from acquisition so far.

“Realistically, the best outcome might be for Digicel to take over the cell phone side of BTC while the government keeps the land-line service – with all the excess employees and debt. As a well-run company, Digicel would be foolish to buy all of BTC’s baggage,” according to one analyst.

BTC’s only real hope to save its land-line business was the introduction of high-speed DSL Internet service combined with a rebalancing of tariffs. But the company botched Batelnet and rebalancing never took place. Cable Bahamas has since become the top ISP, with an almost unassailable lead, while Indigo continues to roll out its competing fixed line service.

BahamaTel chief Tom Bain told Tough Call that “BTC’s value will have dropped markedly since our bid in mid-2003. Even then we saw an alarming rate of decline in long distance revenue due to call back and voice over Internet services. We thought BTC had only about half the market at the time.”

Just recently, Works & Utilities Minister Bradley Roberts said BTC was facing a 50 per cent drop in profits because it could not compete with new technologies. “This is a serious matter,” he said. But apparently still not serious enough for the government to read the writing on the wall.

The strategic response to BTC’s increasing marginalisation has been to obstruct competitors like Indigo and Cable Bahamas by regulatory tactics, while hiking phone rental rates as much as 80 per cent. And to cap it off, the company is running an expensive advertising campaign to tell consumers they haven’t raised prices for 30 years.

One can only imagine what goes on in the minds of BTC executives, who are never available to the press, never held accountable to the public and whose voicemail systems are specially designed to route callers into outer space. No doubt they will be well taken care of no matter what happens to the company they are busily frittering away.

And now – with BTC’s value dwindling, its revenues slumping but its employee list rising – the government has decided to go ahead with a $60 million investment in a submarine cable to service a few thousand households in our underdeveloped southern islands.

This project has been on the table for years, and was one of the main sticking points in the failed privatisation talks. Analysts told Tough Call “It would be great for those few thousand inhabitants of MICAL, but no business plan could ever show a positive return on that sum in any living person’s lifetime.

“Furthermore, $50 million is a huge figure in our small economy – about 1 per cent of GDP – and the opportunities for graft will be irresistible. Clearly, the government is using BTC’s borrowing power to score political points. And the obvious question is: couldn’t we spend that capital more wisely?”

That question has even more teeth when we consider the difficulties that overseas callers encounter when trying to communicate with us. “All circuits are busy” is the typical response, many say – yet long distance calling is supposed to be BTC’s biggest revenue earner.

Meanwhile, Cable Bahamas is building its own $50 million undersea link from Jamaica to the southeastern Bahamas – a project that was delayed for months by the Public Utilities Commission. It will provide advanced telecoms services to both Jamaica and the Bahamas.

In a recent article we pointed out that Jamaica had a more open telecoms sector than the Bahamas. In fact, Jamaica – which has oscillated between socialist and capitalist policies for decades – is today far more advanced, according to one indignant reader:

“Your piece on the state of the telecommunications industry in the Bahamas is a welcome one. Unfortunately your reference to Jamaica in typical Bahamian style is unfortunate. According to you: ‘…the Bahamas still lags behind even Jamaica (my emphasis) in the overall liberalisation of its telecoms sector.’

“Jamaica liberalised its telecommunications sector well before the other Caribbean Islands, including Cayman. It currently has three mobile operators, more than 10 locally owned radio stations, 20 or more cable TV providers, and two major television stations. In short a far more sophisticated communications sector when compared with the Bahamas.

“In fact, the Bahamas infrastructure is below Barbados, Trinidad & Tobago and several other Caribbean countries, except for Haiti and Cuba. Prices in the Bahamas are up to three times those in Jamaica. For example, it costs US$0.22 to make a call from Jamaica to Florida compared with US$0.55 from the Bahamas.”

Another reader, with business experience in both the Bahamas and Caribbean, agreed with this analysis: “The Jamaican market is fully open and very competitive. It is relatively easy to obtain a license to become a telecommunications carrier, although they have restricted some markets, such as mobile operators.

“It is interesting that in the only segment of the Bahamian telecommunications space where there is unfettered competition – Internet access – the consumer has been a huge winner – 40 per cent of homes have high speed Internet (the highest ratio in the hemisphere) and prices are below the US and Canada. I would think there could be a lesson there.”

Most analysts agree that the government is misguided to think that regulatory barriers will “protect” BTC. This is a fool’s game, they say: “The only service that technology cannot currently circumvent is mobile phones – and that will change within five years with WI-Fi phones”

The phased liberalisation in Jamaica began in 1999 and ended two years ago. Since then, about 370 telecom licences have been issued and the island has achieved a fairly advanced telecom infrastructure, including a mix of wireless and wired technologies.

Mobile operators have a penetration rate of around 59 per cent, the highest in the region. And Internet access is offered by more than 15 service providers. Both the mobile and Internet markets have experienced strong growth in the liberalised market, analysts say.

According to Jamaica’s commerce minister, there are now 1.8 million cellular users and half a million land lines on the island, producing a tele-density rate of 80 per cent. This compares to only 30 per cent before liberalisation.

Some policy makers believe that telecom providers must have ‘universal service obligations’ to force them to provide access to marginalised populations, such as the small isolated settlements in the southeastern Bahamas.

This is generally opposed by free marketers who argue that universality is achieved once service is taken up on commercial terms by a good percentage of the population.

According to Barbados Utilities Minister Anthony Wood, “full liberalisation of the market does create tremendous opportunities, and we hope that the significant slashing of rates (will give) the economy a new lease on life.”

And businessmen confirm that even the tiny Eastern Caribbean states like St Lucia, St Kitts and St Martin are more advanced and have better systems and better rates than the supposedly “sophisticated” Bahamas.

In fact, since the government cancelled the legitimate privatisation process, BTC has become just a cell phone company supporting four times the number of employees it actually needs. And experts say decline is inevitable.

Nevertheless, BTC is ploughing ahead with its political agenda to provide high-speed DSL Internet service, GSM cellular technology and the capacity for 200 digital television channels to our sparsely populated southern islands.

And we were recently told that BTC’s front line and technical staff are going through “an aggressive training programme to improve essential operations and deliver quality service.”

We can only hope that top brass are sitting in the front row.

This article was first published in The Tribune on Wednesday, August 10, 2006.