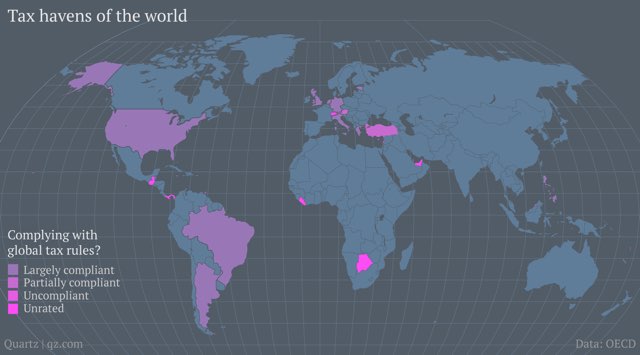 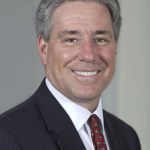 Reprinted with the kind permission of Dr. Mitchell.

Smugly confident about the righteousness of their cause, European countries and international bureaucrats are pushing for a crackdown against tax havens. But their crusade will do more harm than good.

If Ian Fleming ever had the urge to write a spy novel about tax policy, he might have found good material in the German external intelligence service’s recent purchase of confidential client data stolen from a Liechtenstein bank. With its list of alleged tax evaders in hand, Germany is joining other European countries in demanding that Liechtenstein and other so-called tax havens loosen their privacy laws so that foreign tax collectors can track—and tax—funds invested in lower-tax jurisdictions. The European Union and the Organization for Economic Cooperation and Development (OECD), sensing an opportune moment, are adding their voice to the chorus calling for a tax-haven crackdown.

When we think of tax havens, we tend to imagine yacht-besotted enclaves of shadowy international dilettantes, dripping with jewelry and laughing about the latest tax loophole their accountants have found. This popular image—and the fact that few of us have million-dollar private bank accounts in Monaco or Andorra—makes it all the easier for many to cheer German Chancellor Angela Merkel along in her crusade. Why should the superwealthy get off the hook, the usual logic goes, while the rest of us pay our fair share? Yet the conventional wisdom could not be more wrong. We are all beneficiaries of tax havens in ways you might not expect.

First, if you live in a developed country, your taxes are probably much lower today than they were 30 years ago, thanks in part to tax havens. In 1980, top personal income tax rates in OECD countries averaged more than 67 percent, and corporate rates that year averaged nearly 50 percent. To compound the damage, countries routinely imposed extra layers of tax on capital, including dividend taxes, capital gains taxes, inheritance taxes, and wealth taxes. These policies discouraged saving and investment, stifling economic growth and causing significant economic hardship.

Beginning with Reagan and Thatcher, however, governments have been racing to cut tax rates and reform tax regimes. Top personal tax rates now average only about 40 percent, and corporate rates have been reduced to an average of about 27 percent. It is largely globalization—not ideology—that has driven this virtuous “race to the bottom.” Governments are cutting taxes because they fear that jobs and investment will flee across national borders. Tax havens, by providing a safe refuge for people seeking to dodge confiscatory tax rates, have played a critical role in these positive developments. Better to get some revenue with modest tax rates, lawmakers have concluded, than impose high tax rates and lose out.

Second, European duchies and Caribbean isles aren’t the only places that welcome tax refugees. The United States, for instance, could be considered the world’s largest tax haven. The U.S. government generally does not tax interest and capital gains received by foreigners who invest in America. And since the IRS does not collect data on those payments, there is rarely any information to share with foreign tax collectors. Moreover, U.S. corporate structures, such as Delaware and Nevada companies, are excellent vehicles for foreigners to manage their investments. Thanks in part to these attractive policies, foreigners today have more than $12 trillion invested in the United States. Yet if Merkel’s efforts are successful and all nations are saddled with the obligation to help enforce foreign tax laws, it is quite likely that a substantial share of that job-creating capital will flee the United States.

Finally, there is even a moral case for tax havens: They play a critical role in protecting people who are subject to religious, ethnic, sexual, political, or racial persecution. Most of the world’s population lives in regimes that have inadequate human-rights protections, and people with assets often are targets of oppressive governments. The ability to put money in a tax haven offers important protections for these potential victims. Even the United Nations, in a 1998 report attacking tax havens, felt compelled to admit that, “For much of the twentieth century, governments around the world spied on their citizens to maintain political control. Political freedom can depend on the ability to hide purely personal information from a government.”

Despite the strong argument for leaving tax havens alone, international bureaucrats see an opportunity to expand their reach. The OECD is seeking to take advantage of the Liechtenstein controversy by rejuvenating its “harmful tax competition” campaign against “uncooperative tax havens”—the very countries that help drive better tax policy. This effort, largely dormant since President George W. Bush’s administration withdrew support in 2001, put tax havens on a blacklist and threatened them with discriminatory taxes and market-access restrictions if they did not agree to become deputy tax collectors for high-tax nations.

The European Commission, meanwhile, says the imbroglio shows a need to expand the EU savings-tax directive, an information-sharing agreement designed to help countries such as France and Germany tax interest that their citizens earn in places like Luxembourg. As of now, it applies only to limited forms of capital income in European countries and their territories. But ambitious European tax collectors want to get their hands on all forms of capital income, and they want non-European governments such as Singapore, the United States, and Hong Kong to participate in what amounts to a tax cartel.

Fortunately, the OECD and EU proposals face an uphill climb. The OECD was able to get blacklisted tax havens to sign so-called commitment letters promising to weaken their tax and privacy laws, but those commitments are contingent on a “level playing field,” meaning that the havens will do so only if every other country agrees to the same policy, including OECD members, such as the United States, Switzerland, and Luxembourg, and non-OECD members such as Hong Kong and Singapore. The EU savings-tax directive faces similar obstacles, largely for the same reasons.

This is good news. Tax competition is driving tax policy in the right direction, and tax havens play a key role in this liberalizing process. High-tax countries complain that jurisdictions such as Liechtenstein enable tax evasion, but this sidesteps the obvious point that lower tax rates and tax reform are a much better way to reduce evasion. The truth is, those crusading against tax havens would cost us all much more than tiny little Liechtenstein ever could.

Daniel J. Mitchell is a senior fellow at the Cato Institute.

See more of Dr. Mitchell’s work here at the Center for Freedom & Prosperity.