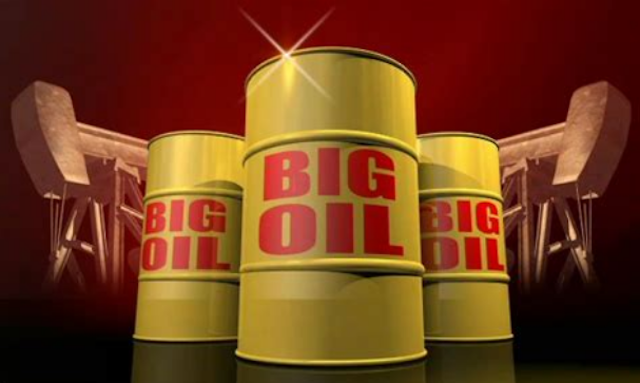 Large oil companies have now joined dozens of large corporations to lobby for U.S. carbon tax, Bloomberg recently reported. From the perspective of human flourishing, it is disheartening. But I am not surprised.

BP and Royal Dutch Shell have each pledged US$ 1 million to Americans for Carbon Dividends lobby campaign. They are joining Exxon Mobil that has already underwritten the carbon tax and dividend plan. Why are the oil (and other) companies doing this?

Are their leaders, like the three quarters of American voters who want the government to take action against climate change, true believers in catastrophic man-made climate change? Are they moral crusaders seeking to save the planet from alleged apocalyptic human destruction? Or, are they virtue-signaling pragmatists, bowing to pressure from shareholders, customers, and environmental activists?

I don’t know the answer. It may be a mix of both, although I suspect the latter. It’s hard to judge from pronouncements such as that from the chairman of BP America that BP aims to “keep advancing the transition to lower-carbon future.”

But the answer doesn’t much matter because in both cases, the oil companies’ motives, and actions, are immoral. Their motives and actions are immoral by the standard of human flourishing.

If the oil companies are acting to fight what they believe to be man-made catastrophic climate change, they are immoral—because such a belief is irrational. It does not align with the factual evidence.

Obviously, climate is dynamic and continues to change, regardless of human actions. The fact that the average global temperature has increased less than one degree Celsius in the last 150 years, since the beginning of human industrial activity, does not indicate a “climate crisis” or a “climate emergency,” as the environmentalists now claim.

Quite the contrary, if such a minuscule temperature increase has any negative impacts, they have been outnumbered by the significant human benefits that the discovery and utilization of abundant and affordable energy from fossil fuels such as oil have provided. Imagine life before energy from fossil fuels was harnessed. Or think of today’s Venezuela, a country with one of the richest oil reserves in the world, where industry and traffic have virtually stopped and there is a shortage of food and basic necessities because the socialist dictatorship has strangled the oil industry.

By the moral standard of human flourishing, we should not abandon carbon-based sources of energy until we have sufficient, reliable alternatives.

If the oil company leaders are pragmatically virtue-signaling to appease their investors, customers, and environmental activists, they are equally immoral. (Since investors are the owners of the companies, they of course have the right to advocate carbon taxes and make other irrational decisions, and bear the consequences. Here I am merely evaluating the oil company executives’ conduct with the view of their fiduciary duty to act in the shareholders’ best interest.)

The best interests of oil company shareholders and executives, customers, and environmental activists’ do not clash. Their interests are the same, defined by the requirements of human flourishing. Attempts to defy those requirements—such as abundant and affordable energy (about 80% of which comes from fossil fuels today, with no realistic substitutes yet available)—will lead to human misery and death.

We also should not ignore that the proposed carbon-tax-and dividend plans are useless. They do not promote human flourishing. Carbon taxes and carbon dividends merely increase the cost of energy (and do not even reduce carbon emissions, which in itself is a questionable goal. See Terence Corcoran’s analysis in the Financial Post). Oil companies do not pay for such taxes and dividends but transfer the cost to their customers in the form of higher prices. Governments violate citizens’ rights through carbon taxes by taking people’s property by force and “re-distributing” it as “dividends” to those whom they deem to need it more.

We need energy to survive and flourish. Therefore, attempts to curtail the production and use of carbon-based energy through taxes, “dividends,” or other coercive government measures are always immoral. Even voluntary, non-coercive abandonment of carbon-based energy before we have realistic—reliable and affordable—alternatives in place, would be immoral when human flourishing is the standard.

If the oil companies want to take the moral high ground, they must first acknowledge, not just the negative effects of their product, but also its enormous benefits to humans. They then must show those benefits, to claim the moral high ground. Should they need help with this, I recommend the messaging and method of Alex Epstein of the Center for Industrial Progress.

The much abused shopkeepers have abolished slavery and serfdom, made woman the companion of man with equal rights, proclaimed equality before the law and freedom of thought and opinion, declared war on war, abolished torture, and mitigated the cruelty of punishment. What cultural force can boast of similar achievements?Ludwig von Mises … (next quote)
%d bloggers like this: