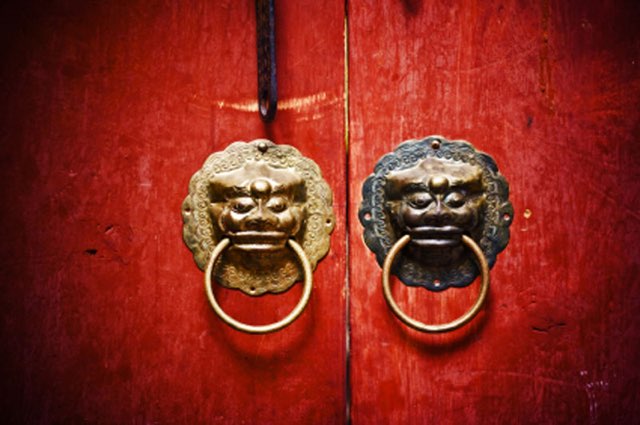 For many participants in China’s Belt and Road Initiative (BRI), the major foreign economic policy initiative of the “China Dream”, is becoming a debt trap. This is resonant of one of China’s major methods of dealing with weaker “barbarians” as outlined in an earlier column (“China’s geopolitical resurgence”, December 20, 2013). The tool was “induced economic dependence”. This was used to convert the self-sufficient nomad warriors, the Xiongnu, after 140 years of protracted war, into vassals, once they were made dependent on initially free Han-produced goods, which were later converted into “exchange for services rendered”, making the Xiongnu de facto vassals. This was made de jure by a vassalage treaty in 51 BC. (Edward Luttwak, The Rise of China vs. the Logic of Strategy, 2012).

The modern instrument for converting barbarians into vassals was invented by Chen Yuan, who had converted the bankrupt China Development Bank (CDB) into the main instrument for channeling China’s burgeoning infrastructure spending. During the global financial crisis it became a major instrument of China’s foreign economic policy, as discussed in an earlier column (“China’s statist turn — II: the ‘development’ bank”, July 19, 2013).

The CDB gave collateralised loans for infrastructure and deliveries of natural resources by state-owned companies in Africa and Latin America.The infrastructure was built by Chinese workers and Chinese state enterprises. The natural resources were delivered to Chinese state-owned companies. By 2010, the CDB lending was greater than the loans from the World Bank, the Inter-American Development Bank and the Export-Import Bank of the United States combined. This recipient debt financed CDB model has become the basis for the Chinese BRI.

It is a programme to create debt traps for countries which the Chinese want to turn into their vassals for geostrategic reasons. A recent paper by the Center for Global Development (CGD) (“Examining the Debt Implications of the Belt and Road Initiative from a Policy Perspective”, Policy Paper 121, www.cgdev.org) has provided an assessment of these debt traps for 23 of the most vulnerable among the 68 countries that are potential BRI borrowers. They have integrated the BRI lending pipeline into the borrowing country’s debt at the end of 2016. The countries likely to suffer a debt trap are identified by a debt threshold at which rising public indebtedness is associated with falling economic growth, leading to debt distress and defaults. Based on recent research, they find “a statistically significant threshold effect in the case of countries with rising debt-GDP ratios between 50-60 per cent. Using this threshold they find that there are 10-15 countries which could suffer debt distress due to BRI related financing, of which 8 countries are at high risk of facing a debt trap”. (See graphic)

Of these, India should be concerned about at least three: Sri Lanka, the Maldives and Pakistan, as the infrastructure being debt financed under the BRI in these countries are part of the Chinese “String of Pearls” port developments that aim to encircle India. In Sri Lanka, the $8-billion loan at 6 per cent interest to finance the construction of the Hambantota port had already created a debt crisis with Sri Lanka unwilling to service the debt. In July 2017, China agreed to a debt-for-equity swap, along with a 99-year lease for managing the port. But Sri Lankan citizens have clashed with police over a new industrial zone surrounding the port, as it is seen as impinging on the country’s territorial integrity.Pakistan has borrowed 80 per cent of the $62-billion of the China-Pakistan Economic Corridor (CPEC) projects at interest rates as high as 5 per cent and is a prime candidate for distressed debt. There is growing opposition to CPEC projects particularly in Balochistan — the location of the Gwadar Port.

But the Maldives are the real geostrategic flashpoint for Chinese neo-colonialism, using its cash to create dependent client states. The largest of the Chinese projects under the BRI include an $830-million upgrade of the airport, with a bridge to link it to the capital costing $400 million, and the relocation of the major port. It has been claimed by the Opposition that these Chinese projects account for some 70 per cent of Maldavian debt and $92 million per year paid to China, which is 10 per cent of the Maldivian Budget.

Robert Manning and Bharath Gopalaswamy (“Is Abdullah Yameen handing over the Maldives to China”, Foreign Policy, March 21, 2018) argue that “the Maldives is on the verge of conceding its sovereignty to China.” The Maldivian president Abdulla Yameen has been accused of “allowing a Chinese land grab of 16 islands and inflating the costs for personal game”. He has also rammed a free-trade agreement signed with Chinese President Xi Jinping through Parliament in one day, without discussion. In addition, Mr Yameen has been accused by the Japanese of secretly transferring goods to North Korean flagged ships from Maldivian tankers, which the Opposition claims are controlled by Mr Yameen’s family. This violation of UN sanctions has caught the attention of the US.

India, despite its military intervention in 1988 to preempt a coup against the then President Abdul Gayoom, has so far not intervened to prevent this neo-colonial takeover by China in its own sphere of influence. Perhaps with Mr Yameen’s breaking of the North Korean sanctions, the time has come for India together with the US and Japan to militarily challenge this Chinese takeover of the Maldives, restoring Mr Yameen’s exiled predecessor, who could cancel the Chinese debt on the grounds of it being “odious”.

This doctrine of “odious debt”, as Michael Kremer and Seema Jayachandran (“Odious Debt”, Finance and Development, June 1, 2002) have argued, goes back to the peace negotiations after the Spanish-American war. It is analogous to the law in many countries that individuals do not have to repay if others borrow fraudulently in their name. Similarly, it has been argued that “sovereign debt should not be transferable to a successor government if it was incurred without the consent of, and without benefiting the people.” South Africa’s post-apartheid government was advised by Archbishop Desmond Tutu and the Truth and Reconciliation Commission to declare the debt incurred by the apartheid regime as “odious”. But it demurred, fearing that a default would hurt its ability to attract foreign investment. This danger would not apply to a successor regime in the Maldives if India, the US and Japan jointly deposed Mr Yameen and allowed his successor to default on “odious” Chinese debt. This would also set an example and a precedent for other small, poor but geostrategically important countries being converted into Chinese vassals by the debt traps it is creating though its BRI program, to repudiate their Chinese “odious debt” and avoid the fate of the ancient Xiongnu.