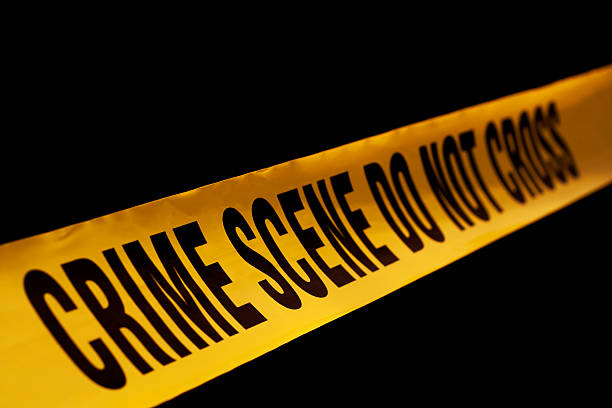 First published in The Tribune. Read it here…

Nassau has just recorded 13 killings in 21 days, including two double homicides. The much vaunted decline in criminal violence seems to have hit a road-block. In the eyes of the Lord, every human life is equally sacred, and every murder is an equal tragedy. But in the harsh world of law enforcement, things don’t look quite the same.

Cops on the beat can smell when the victim ranks about as low on the virtue scale as the perp. Even a drive-by shooting of a guy sitting on his porch is rarely a bullet to a lily-white innocent. The death of a Marine sentry at Government House is naturally investigated with more vigor than some unfortunate found lying dead on Potters’ Cay dock.

I learned this reality years ago when as a young lawyer I worked for the New York City Police Commissioner (“PC”), head of 25,000 cops policing a city of over eight million. I was a member of the “Department”, not of the “Force”, carrying neither fire-arm nor power to arrest. In the cops’ eyes I was a mere “civilian”, slow to be trusted.

Fortunately, I was befriended by two Lieutenants, Irish naturally, McCahey and McCauley, who rose through the ranks of patrolman and detective to get law degrees and become the right hands sitting outside the PC’s office door. They had seen everything that the New York crime scene could offer, from Harlem gang shootings and drunken family stabbings to Mafia extortion and Wall Street swindles. Like all cops, tight as clams to outsiders, they gradually opened up to me, taking me around to gritty precinct houses and occasional crime scenes.

While some victims were wrapped up and rolled away with a sympathetic stare and a shaken head, the cops had only a muttered epitaph for others: “So one scumbag got shot by another, tough shit”. The incident boss would fill out the paperwork and go through the motions, and that was the end of it. As Lt. McCahey put it to me, “Maybe a tear for a grandpa or a kid caught in the crossfire, but for one of these punks in a hoodie?  Forget it.”

Nassau’s police are no different. The laconic newspaper stories give us no details about the killings, nothing about prior words or contacts, just that one guy “approached” on foot or by car, opened fire, and took off. Our officers have enough street-smarts to know that the cause was a drug deal gone wrong, a missed payoff for an AK-47, or a turf war between gangs fighting for zone control. The body on the ground may have a grieving Mom weeping over his bloody chest, a hard- working lady who has struggled to bring him up right. But she probably fell for a gold-chained dude (or two or three) who left her without a penny of child support and no interest in sending another bastard kid to school.

Commissioner Ferguson and his uniformed men and women cannot be held responsible for reversing this sorry chain of repeating events. They are not social workers, or development economists. All they can do is apprehend and turn over a perp to the Magistrates, for eventual removal to Fox Hill, and later return to the streets, often still on bail.

But steps can be taken. Forty years ago New York looked hopeless, particularly in fire-blackened Harlem and South Bronx. Now, the city is one of the safest in the nation. Compared to our figure of 100 homicides on 400,000 population in 2017, in New York the count had dropped by about 70% to 290, on 8.6 million souls spread over five boroughs.

The city’s anti-gun laws have been tough for years, making possession of a concealed weapon risky even in a vast metropolis with thousands of entry points over innumerable streets, a sieve compared to Nassau with imports only possible by sea or air. A crime-fighting regime known as CompSat has been developed in New York and many other American cities. It involves computer-based crime maps with pin-point locations of every incident, backed up with detailed case histories describing all parties involved with their links and motives.

The same could be done here with proper training and resources. Crime maps could be published monthly, showing the public graphically that violence is not spread at random but concentrated in specific enclaves or emerging from well-known booze joints. Our police surely know the focal points of weapons use in our limited geography. Just on strong suspicion, they could seize thousands of hand-guns in hidden caches, if not deterred by civil rights activists claiming violation of privacy. Is it unconstitutional for the police to round-up knots of idle youths and quietly disperse them before trouble brews?  What is the purpose of vagrancy sanctions?

Eventually, better education will give a fairer shot to our inherently bright young men who are presently unemployable, and a more competitive business structure will provide jobs. All boats will be lifted in our social harbor as our crime-breeding slums shrink through natural attrition.

But that’s still some time off, and until the Hallelujah Day arrives I put more faith in a few hard-headed measures than in the nationwide prayers for divine intervention called for by Bishop Simeon Hall. He is quite right that family ties should not excuse harboring criminals, but is that realistic in our tight-knit Bahamian society? And I note that he asks only for a “moratorium” on murders. To me, that means “pause”. Then do we start right up again?

The views expressed are those of the author, and not necessarily those of The Nassau Institute (which has no corporate view) or its Authors.

Socialism only seems to work when you don't fully implement it, when you keep enough capitalism around to pay socialism's bills, at least for a time. It's the difference between milking the cow and killing it. Socialism has no theory of wealth creation; it's just a destructive, envy-driven fantasy about redistributing it after something else (and somebody else) creates it first.Lawrence W. Reed … (next quote)
%d bloggers like this: