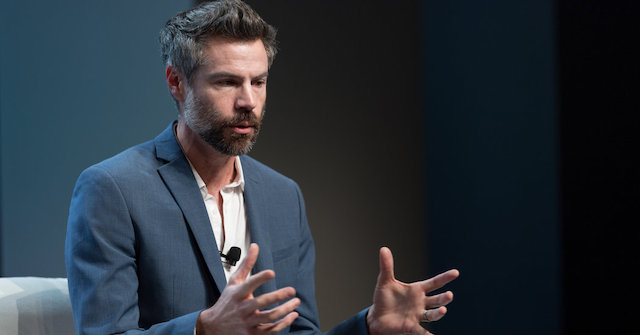 Environmentalist, nuclear power advocate, and the author of Apocalypse Never, Michael Schellenberger recently issued the now notorious apology on behalf of all environmentalists over the climate scare they have created. The apology was based on the lack of scientific evidence for catastrophic climate change that environmentalists claim we have brought upon ourselves.

I say “notorious,” as Schellenberger apologized in his regular Forbes column—which Forbes then promptly removed. (You can read John Robson’s National Post column reporting his inquiry into the Forbes’ cancelation here and Schellenberger’s canceled column here). Robson contacted the business media company to ask about its reasons for the cancelation. The only answer he got was that “Forbes requires its contributors to adhere to strict editorial guidelines. This story did not follow those guidelines, and was removed.”  No elaboration was given.

So we don’t know Forbes’ real reasons. Robson suggests that it fell to today’s cancel culture and removed a column that used facts to challenge the dominant narrative about an approaching climate apocalypse that can only be stopped by  abandoning fossil fuels for renewable sources of energy such as wind and solar.

Perhaps Forbes was concerned about the backlash from environmental activists bent on stopping climate change—and ending civilization—by cutting us from reliable sources of energy?  Such backlash could have meant losing advertisers and subscribers. Perhaps Forbes employees, having embraced the mainstream narrative, protested Schellenberger’s argument that countered their beliefs?

It is easy for companies to succumb to such pressures, which are rampant today, as the example of Facebook’s loss of revenue from advertisers such as Coca-Cola and other major corporations that have fallen to the cancel culture. The loss of profits is real and can jeopardize a company’s existence.

However, bowing to the pressure to omit facts and arguments that challenge the prevailing narrative is hazardous to media companies. They do have every right to decide what to publish and what editorial policies to use, as per their property rights.  But despite their property rights, abandoning objectivity—factual reporting—and spreading misinformation, no matter how popular, is not in media companies’ self-interest in the long term.

It is possible to make money on the short term by reporting misinformation or half-truths that appease those who subscribe to the prevailing consensus, whether about climate catastrophism, enduring systemic racism, or “coercive” capitalism.

But by abandoning objectivity—reporting facts and publishing fact-based logical arguments—media companies will undermine their own existence in the long term. They will become mere propaganda outlets for advancing a political agenda. This shift has taken place already in much of the mainstream media, many of which even admit having abandoned objective journalism for advocacy for environmentalism (or for other political causes).

The attempt to suppress information about science and the perils of ignoring it is particularly sad in the case of Forbes, which reports its mission as: “A brand that champions success by celebrating those who have made it, and those who aspire to make it, Forbes is the defining voice of entrepreneurial capitalism.”

If Forbes wants to give voice to and promote entrepreneurial capitalism, then it should not have removed Michael Schellenberger’s column. In it, he wanted to alert readers that science does not back up climate catastrophism. The column would have helped Forbes’ readers understand that environmentalists’ fearmongering and the drastic measures they propose to curtail human freedom and flourishing are not warranted.

Many governments have embraced environmentalists’ climate scare (which is based on misinformation from activist scientists or those who have sold out for the fear of losing their research funding). Governments use the scare to justify coercion as the means of “fighting catastrophic man-made” climate change. Such coercion is already manifest in the restrictions on fossil fuels and new oil and natural gas pipelines, subsidizing of solar and wind power, and other measures that undermine capitalism and free enterprise (including free media).

Capitalism, in Ayn Rand’s definition, is “a social system based on the recognition of individual rights, including property rights, in which all property is privately owned.” The fundamental requirement of capitalism is freedom, protected by individual rights.  Freedom makes human creativity (including that of entrepreneurs and media companies), possible and allows us to prosper.

Information from Schellenberger’s column would have helped readers wanting to defend capitalism protest and resist government coercion that diminish capitalism. By removing the column, Forbes violated its own mission and helped undermine, not promote, capitalism. Those subscribers and advertisers who still care about freedom should take note. Fortunately, they can read Apocalypse Never and act accordingly.