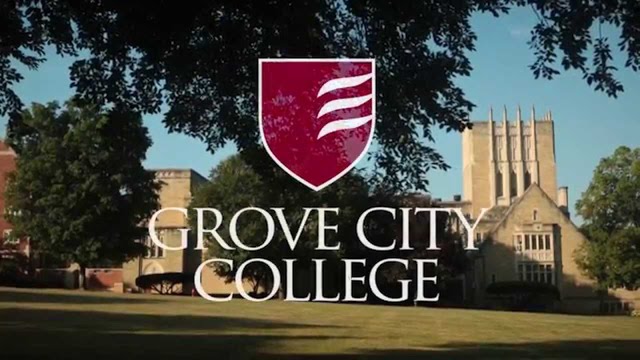 “This series is my humble imitation of those great economic communicators’ works,” Fuller said. “I use modern examples and weave in academic research, all while trying to keep it accessible. My hope is that viewers will be able to better see through popular, everyday economic errors and ultimately come away with a renewed perspective on the social world we inhabit.”

The lectures were released on the College’s YouTube channel at noon each Wednesday for six consecutive weeks. Subscribe to gcc.edu/youtube to receive an alert when new content is uploaded.

Fuller earned his undergraduate degree from Grove City College and his Ph.D. in economics from George Mason University, where he studied with fellow Grove City graduate, Dr. Peter Boettke ’83, a professor of economics and philosophy and director of the F.A. Hayek Program for Advanced Study in Philosophy, Politics, and Economics, Mercatus Center at George Mason University.

The “Great Lectures from the Grove” series gives viewers an opportunity to learn from the same high-caliber faculty who teach on campus. It’s a great way to experience Grove City College’s commitment to academic excellence and learn from some of the leading Christian scholars of the day. The lectures are intended to transfer knowledge, develop wisdom, and encourage students and others to use what they have learned in service to the common good in their lives and careers.

Dr. Carl Trueman, a noted Christian thought leader and Professor of Biblical & Religious Studies, kicked off the “Great Lectures” series last fall with “Makers of the Modern Revolution.” In it, Trueman dives into historical civil movements and popular theorists such as Rousseau, Marx, Wilde, Nietzsche and others who have shaped the way the world today thinks.

Here’s the link to the playlist:

The collectivists have not abandoned their ultimate goal to subordinate the individual to the state.Barry Goldwater … (next quote)
%d bloggers like this: