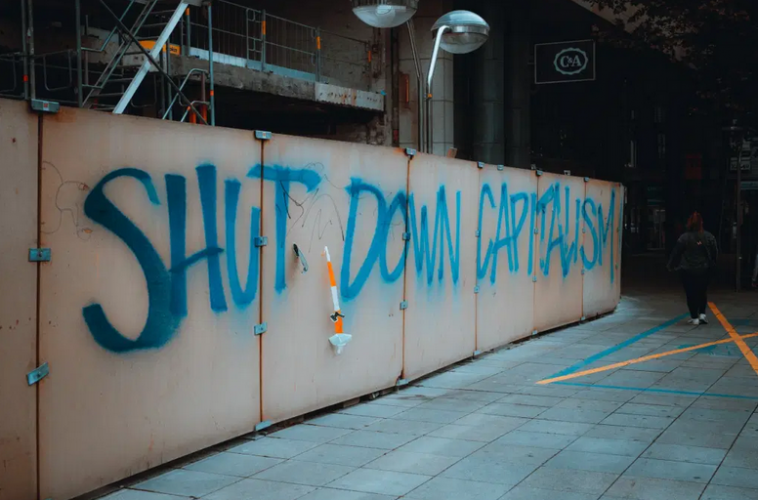 Amidst the accelerating attacks on capitalism and freedom today (for example, governments’ “build-back-better” programs), I am reposting this article, slightly edited, from 2014.

When politicians and bureaucrats call for “inclusive” capitalism and “fair” markets, you know they are not doing so out of compassion for the poor or sense of justice. They do it to protect their positions of power and to justify their well-paid jobs as the regulators of the economy and the markets.

Here is a recent example that shows what is wrong with these calls. Recently, Bank of England governor Mark Carney criticized capitalism for being “prone to extremes” and called for market “fairness” at a conference on “inclusive capitalism.” Undoubtedly, he envisioned himself as a moderator of capitalism and a corrector of market “unfairness.” (See the National Post column by William Watson on Carney’s talk, including a partial transcript. Peter Foster also comments on it here.)

The problem with Carney’s arguments is that they are based on an illusion. There is no such thing as “extreme” capitalism and “unfair” (free) markets.

Governments’ efforts to “moderate” capitalism and to make markets “fair” create the unfairness they claim to alleviate.  The fairest social system would be pure, free-market capitalism—because it is the only system consistent with the requirements of human survival and flourishing.  But thanks to governments and their bureaucrats like Mr. Carney, there is no pure capitalism and free markets anywhere in the world today.

In Ayn Rand’s definition, capitalism is “a social system based on the recognition of individual rights, including property rights, in which all property is privately owned.” There is nothing “extreme” about such a system; it is merely principled: individual rights are upheld consistently.

People living in a capitalist system are free and can count on the government to protect their right to freedom. Capitalism is just: those who produce and create wealth are entitled to keep the results of their efforts—or use them as they wish. The government cannot forcefully take away the producers’ wealth and give it to those who claim “need” for it, as it does in our mixed economies in England and elsewhere.

Under capitalism the government does not play any role in the economy (including running a central bank); it merely protects individual rights to life, liberty and property against the initiation physical force and fraud.

When capitalism is made “moderate” by compromising the principle of individual rights (for example, when someone claims “inequality” and wants a share of others’ property), the social system ceases to be capitalism and becomes a mixed economy, the prevailing system. In a mixed economy individual rights can be compromised any time the government decides that “public interest” warrants it.

The government in a mixed economy can decide to print money, causing inflation, or to dictate interest rates, interfering with the freedom of the financial industry. The government can “moderate” capitalism in a myriad of other ways, such as by evoking the eminent domain and unjustly seizing individuals’ property for a public housing project, say. Or, it can impose taxes to equalize people’s incomes.

Besides calling for “moderate” capitalism (in other words, a mixed economy where a central bank governor has a powerful role …), Mark Carney also argued that free markets are not “fair” because the inevitable inequalities in income and wealth that characterize them.

But free markets are nothing if not fair: they reward people according to their productivity—and benefit even the least productive through the opportunities that the wealth creation and investment by the most productive make available. (As I argued in last week’s post, by the standard of human survival and flourishing, income inequality does not matter but freedom and productivity do.)

Bureaucrats like governor Carney want to perpetuate the current unjust system that curtails our freedom and hampers our prosperity and well-being. However, many people are persuaded by Carney’s arguments because they accept the philosophy on which such arguments are based: the duty to self-sacrifice for the sake of others.

If these people truly cared about others’ well-being and that of their own, they would accept their own happiness as their moral purpose and respect others’ individual rights as the main principle governing social interaction. And they would embrace capitalism because it is the social system that makes human flourishing possible.

Photo by Marcel Strauss on Unplash

Freedom is essentially a condition of inequality, not equality. It recognizes as a fact of nature the structural differences inherent in man - in temperament, character, and capacity - and it respects those differences. We are not alike and no law can make us so.Frank Chodorov … (next quote)
%d bloggers like this: