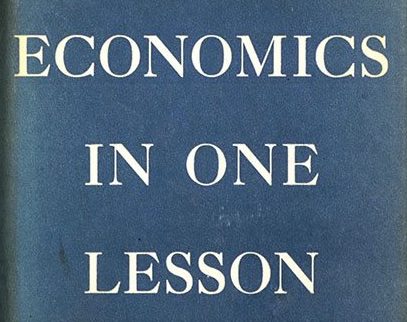 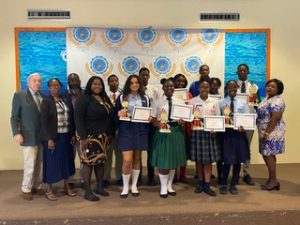 First published in The Tribune…

Kingsway Academy came out on top when McKayla Miller was declared the overall winner of the 4th annual economics essay competition organised by the Ministry of Education in collaboration with The Nassau Institute.

At an awards ceremony at Stapledon School, these three shared a cash prize of $1,000 while the winner will attend a three-day economics seminar in Atlanta, Georgia under the auspices of the Foundation for Economic Education and with all expenses paid. In addition, each was presented with an inscribed trophy for submitting the best essay from their individual schools.

Apart from the three taking the top prizes, those who produced the best essay from each school received an inscribed trophy and all students and their teachers were given individual certificates of participation, with the teachers also receiving plaques in recognition of their important coaching role. A total of 76 students and 12 teachers participated.

Proposed originally, and partly funded, by The Nassau Institute think-tank, the Templeton Religion Trust was the main sponsor of this joint venture. It was open to pupils in both public and private high schools enrolled in Business Studies Programmes. Participants were required to write an essay in their own words under examination conditions on a subject based on the book ‘Economics in One Lesson’ by the renowned economic journalist Henry Hazlitt. This book was given to them to study in advance.

In addition to the students, the awards ceremony was attended by Keyshan Bastian, assistant director of education, and by Rick Lowe, president of The Nassau Institute, together with board member Professor Randy Forbes of the University of The Bahamas, as well as the teachers from the schools that participated.

Addressing the gathering, Mrs Bastian congratulated the students on their good work and thanked all those who had organised another successful competition. Former British High Commissioner and Nassau Institute board member, Peter Young, who was also present and who originally spearheaded the competition on behalf of the Institute, praised the participants for the high standard of their essays. He also thanked the Templeton Religion Trust for its sponsorship and he paid tribute to those concerned at the Department of Education – Gwendolyn Johnson, Lakell Johnson and Keziah Knowles – for all their efforts in ensuring the success of the competition. He said that The Nassau Institute would continue to cooperate with the Department, both in organising future competitions and in looking at ways to assist the teachers of business studies in their work.