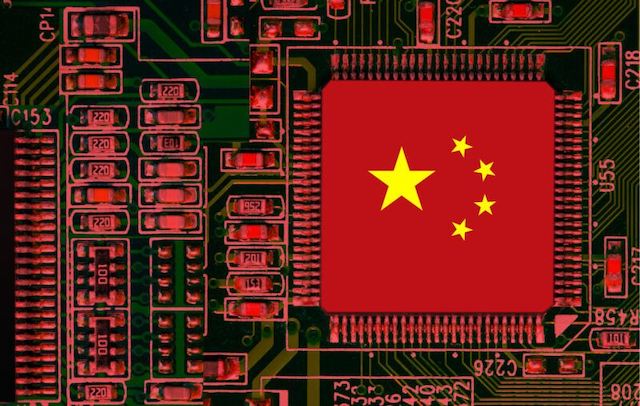 Would we Americans be economically better off if the government successfully used “industrial policy” to arrange for us to produce more microchips and fewer potato chips? To many people, this question sounds silly because the answer seems obvious.

But the answer isn’t at all obvious.

There’s little doubt that the US government could use tariffs, import and export quotas, and subsidies to redirect more resources into the domestic production of microchips. And the government might even arrange for a disproportionately large chunk of these redirected resources to come from the snack-food industry. (I here overlook the fact that, in reality, a disproportionately large amount of resources artificially directed into the production of microchips are likely to be drawn, not from the likes of the snack-food industry, but from other high-tech industries.) Yet it’s very unlikely that success at arranging for Americans to produce fewer potato chips and more microchips would yield for Americans net economic benefits.

Production is not consumption. Using tariffs, quotas, and subsidies to arrange for increased domestic production of fewer potato chips and more microchips does not ensure that Americans will be able to afford to use more microchips. If the cost of domestically producing these additional microchips is higher than are the costs that we once incurred to import the same amount of microchips – and that, absent the tariffs, quotas, and subsidies, we’d still incur to import these devices – then these domestically produced microchips become less affordable to us. How, then, can such a result be said to work to our economic advantage?

Having to sacrifice greater amounts of goods X and services Y to acquire some given amount of good Z is the very meaning of good Z becoming less affordable. The fact that we produce more Z doesn’t imply that we thereby can afford to acquire and use more Z. This reality is inescapable whether “Z” stands for potato chips or for microchips.

If the goal is to increase Americans’ access to microchips – to improve our ability to acquire and use these high-tech devices – we should acquire them in the least-costly way. And if foreigners are willing to sell microchips to us at prices lower than are the costs that we’d incur to produce these chips domestically, then our access to microchips increases if we import them rather than produce them ourselves.

“Wrong!” I hear the anxious protest already. “By importing microchips, we put ourselves at the mercy of foreigners who might in the future restrict our access to this important product.”

It’s possible. But this possibility isn’t as telling as it initially appears to be.

Trade is not a process of unilateral gifting. Trade is exchange. By exporting microchips, foreigners put themselves at the mercy of us Americans who might in the future restrict their access to whatever important products they buy from us with the dollars they earn from their microchip sales. We Americans export lots of petroleum, pharmaceuticals, industrial machines, agricultural products, and higher education – that is, we Americans produce and export many important goods and services that foreigners rely upon. Foreigners’ loss of access to these American exports would weaken their economies. Do we have good enough reason to believe that foreigners will cut off our access to microchips given that they would thereby cut themselves off from access to the likes of petroleum and medicines?

“Foreigners” are not a single entity; there’s no country called “Foreign.” Microchips are now produced in Taiwan, Japan, South Korea, Germany, and the Netherlands, among other places. And because in many countries microchips are produced by more than one company, the number of different firms that produce microchips is larger than is even the number of countries in which these mini marvels are produced. So for American-based users of microchips to be held hostage by foreign microchip producers in any economically meaningful manner, several different companies located in several different countries would have to successfully conspire to cut Americans off from microchips. ‘Tis possible, but also ‘tis highly implausible.

In the paragraph before the last I qualified “and vice-versa” with “almost.” There is indeed one way that the US is today unique: The US dollar is the global reserve currency.

One of the ‘goods’ that foreigners wish to acquire from Americans in exchange for the exports they ship here is US dollars. As is true for any and all monies, no one but a pathetic miser wants to acquire dollars as ends in themselves. US dollars are demanded because they can be easily exchanged almost anywhere on earth for petroleum, pharmaceuticals, pinewood, pigs, pretzels, and all other saleable products, most of which are priced on international markets in terms of dollars. Because no other currency is today as widely and as easily accepted around the globe as is the US dollar, people worldwide have an especially high demand for US dollars.

And so while, say, the Chinese might be able, and with little pain, to substitute away from petroleum supplied by America to petroleum supplied by Venezuela or Saudi Arabia, the Chinese cannot so easily substitute away from the US dollar to the bolívar or to the riyal. China’s refusal to sell microchips to Americans would require that China, to get dollars to conduct global commerce, increase exports to countries other than America. But to increase its exports to other countries would also require that China lower the prices it charges for its exports. The bottom line is that Beijing cannot by mandate reduce China’s exports to America without inflicting economic damage on the Chinese people.

Of course, the thugs in power in Beijing, and the craven mandarins below them, might indeed be willing to pay this price to harm America (especially insofar as this price is spread out across China’s billion-plus people). But recognizing that the economic dependence which all free-trading countries come to have on foreign markets is always mutual dependence should at least chip away at the myth that it is easy to repatriate so-called “supply chains,” to use industrial policy to ensure more domestic production of ‘key’ goods, and that we should reduce our production of the likes of potato chips in order to increase our production of the likes of microchips.

Donald J. Boudreaux is a senior fellow with American Institute for Economic Research and with the F.A. Hayek Program for Advanced Study in Philosophy, Politics, and Economics at the Mercatus Center at George Mason University; a Mercatus Center Board Member; and a professor of economics and former economics-department chair at George Mason University. He is the author of the books The Essential Hayek, Globalization, Hypocrites and Half-Wits, and his articles appear in such publications as the Wall Street Journal, New York Times, US News & World Report as well as numerous scholarly journals. He writes a blog called Cafe Hayek and a regular column on economics for the Pittsburgh Tribune-Review. Boudreaux earned a PhD in economics from Auburn University and a law degree from the University of Virginia.