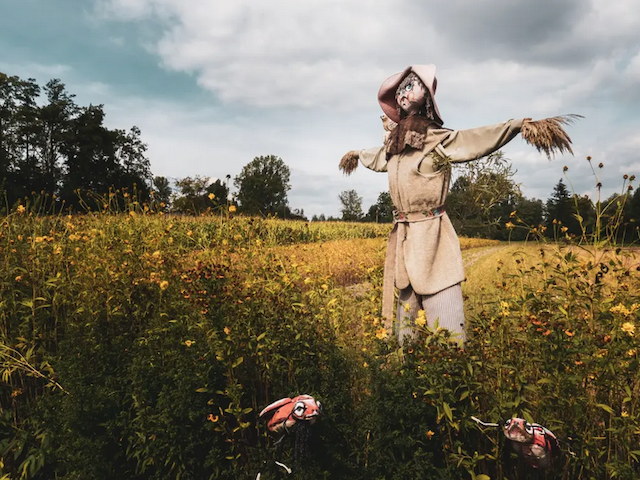 I have been reading articles about business ethics lately and discovered a common feature: a lack of understanding of self-interest. This is not surprising, given that altruism, the moral code advocating self-sacrifice, dominates the culture. Still, I was hoping that at least some intellectuals writing today would acknowledge alternatives to altruism, such as the common-sense view of ethics accepted by most people (those not writing articles about ethics …).

The common-sense view is that we should live by pursuing our own interests, without hurting others. Most people recognize that if we don’t pursue our values—such as food, shelter, health, work, recreation—we cannot survive and be happy.

The authors of the several articles I read ignored this. Instead, upholding altruism as the moral ideal, they set up self-interest as a straw man. In their view, self-interest means exploiting others, based on the assumption that people’s interests automatically conflict.

Not only do intellectuals embrace the straw man view of self-interest; they also evade the true nature of altruism. Instead of recognizing it for what it is (as intended by that code’s developers such as August Comte): self-sacrifice for the sake of others as a principle, they promote putting others’ interests ahead of our own.  They consider self-sacrifice noble. Never do these intellectuals tell us why it is moral to help others to achieve their values but immoral to pursue our own.

Why are the intellectuals’ views wrong? The idea that people’s interests automatically conflict and that pursuing self-interest means exploiting others is truly a straw man. It completely misses what self-interest actually means: pursuing one’s values—values that meet the requirements of human survival.

Pursuing self-interest is absolutely necessary if we want to live, and most people know that simply from observation.

Exploiting others through force or fraud is not in our self-interest. Such action would invite others to do the same or get justice through the legal system. Even if we derived some temporary gain, say, from deceiving others, such a gain would not be sustainable, as any pyramid investment schemer or other fraudsters eventually learn. Exploiters run out of victims, whose assets have been squandered instead of used to produce values.

As shown by Ayn Rand, people’s rational interests do no not conflict. Giving a raise to a productive employee does not conflict with the interests of the manager or the shareholders. Quite the contrary, it benefits them by keeping the employee motivated and deterring him from joining a competitor. As a consequence, the company will create more value, making possible a bonus to the manager and dividends to the shareholders. A bonus to a deserving manager would similarly promote the interests of the other parties.

Also, only by evading the self-sacrifice required by altruism can anyone embrace it as the moral ideal. It is altruism not egoism that is destructive. By advocating putting others’ interests always first, it prevents us from achieving ours. Despite the common-sense view of ethics, many people do not question what intellectuals and leaders teach and feel guilty because they are not able to put others ahead of themselves on principle. Nobody can live by the opposite principles of the common-sense morality and of altruism.

Ironically, it is not altruism but the morality of self-interest that makes genuine benevolence and kindness possible. Only when people are free and their rights are protected against exploiters, can they seek their own interests and flourish and thus be able to help those deserving help.

If we want to survive and flourish, we must reject altruism and study, understand, and adopt self-interest instead.

Critics of markets often complain that capitalism encourages and rewards self-interest. In fact, people are self-interested under any political system. Markets channel their self-interest in socially beneficent directions.David Boaz … (next quote)
%d bloggers like this: