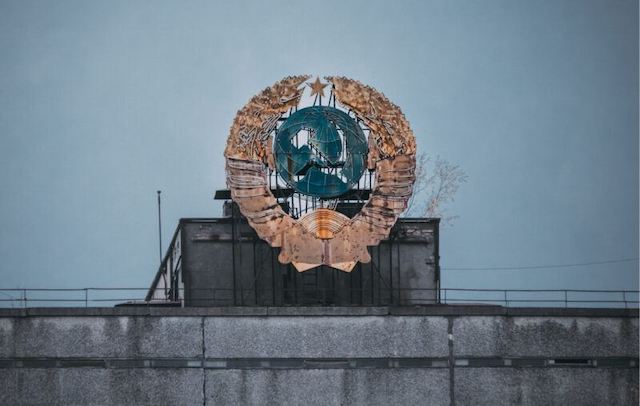 Thirty year ago, on Christmas Eve, the Soviet Union as an entity on the political map of the world came to an end. The near 75-year Soviet socialist nightmare finally was over. Yet, today, there is a chorus of voices calling for a new socialist tomorrow.

That makes it important to remember what the socialist reality meant as a model for the world was really like. In this article, I explain the reality of socialism-in-practice from the Bolshevik Revolution in 1917 to the demise of the system in 1991. It was over seven decades of terror, torture, mass murder and slave labor, and totalitarian mind control. All in the name of creating the bright and beautiful collectivist future.

There are too many, today, who once more are dreaming the socialist dream of using political power and forms of centralized economic planning to remake the world. The outcome from this new attempt would be no different than the previous one, if implemented. Hence, the socialist history of the 20th century cannot be forgotten.

Read the article at AIER here…

Remembering the Soviet Nightmare that Ended Thirty Years Ago

Thirty years ago, this month, the nightmare experiment in Soviet communism formally came to an end. On the evening of December 25, 1991, the red flag of the Union of Soviet Socialist Republics was lowered from the walls of the Kremlin in Moscow for the last time. After almost 75 years, the communist nightmare was over.

Begun in the midst of the First World War with the Bolshevik Revolution led by Vladimir Lenin in November of 1917, it has been estimated that upwards of over 60 million people died as the intentional victims of building the bright beautiful socialist future. Worked to death, starved to death, tortured to death, or simply shot, each of these innocent and unarmed men, women, and children were declared to be “enemies of the people,” somehow standing in the way of constructing the collectivist utopia-to-come.

Introducing Brutality in the Name of Making a Better World

One of the great perversities of this entire epoch of socialism-in-practice was that it was not cruelty for cruelty’s sake. It all had the purpose of tearing down the institutions and symbols and the old ways of doing things in the name of making a new Soviet man in a new Soviet society. This required nothing less than the destruction of everything that had come before, this for a forced creation of a new civilization, as imagined by the self-appointed makers of this brave new world.

In 1919, during the three-year Civil War that followed the Bolshevik Revolution, a publication of the recently founded Soviet secret police, the Cheka (later the NKVD and then the KGB), declared:

We reject the old systems of morality and ‘“humanity” invented by the bourgeoisie to oppress and exploit the ‘lower classes.’ Our morality has no precedent, and our humanity is absolute because it rests on a new ideal. Our aim is to destroy all forms of oppression and violence. To do so, everything is permitted, for we are the first to raise the sword not to oppress races and reduce them to slavery, but to liberate humanity from its shackles …Blood? Let blood flow like water! Let blood stain forever the black pirate’s flag flown by the bourgeoisie, and let our flag be blood-red forever! For only through the death of the old world can we liberate ourselves from the return of those jackals

The later well-known Russian sociologist, Pitirim Sorokin, lived through the early years of the Soviet experiment in Petrograd (renamed, first, Leningrad and, now, St. Petersburg) before moving to the United States. During the Civil War, he made the following entry into his diary:

The machine of the Red Terror works incessantly. Every day and every night, in Petrograd, Moscow, and all over the country the mountain of the dead grows higher . . . Everywhere people are shot, mutilated, wiped out of existence . . . Every night we hear the rattle of trucks bearing new victims. Every night we hear the rifle fire of executions, and often some of us hear from the ditches, where the bodies are flung, faint groans and cries of those who did not die at once under the guns. People living near these places begin to move away. They cannot sleep . . . Getting up in the morning, no man or woman knows whether he will be free that night. Leaving one’s home, one never knows whether he will return. Sometimes a neighborhood is surrounded and everyone caught out of his house without a certificate is arrested . . . Life these days depends entirely on luck.

This brutal and bloody madness did not end with the final Soviet victory in the Civil War in 1921. It only grew in the 1930s under Lenin’s intriguing and manipulative successor, Joseph Stalin. In the early 1930s, millions were executed or starved into submission during the forced collectivization of the land. Millions more were arrested on the flimsiest of excuses to fill the workplaces in the vast slave labor camp system – the GULAG – that stretched from one end of the country to the other. The Great Purges in the mid and late 1930s added millions more to the executions and the labor camp count, as Stalin personally orchestrated the cleansing of the Soviet Communist Party of those he declared as traitors to the Soviet Motherland.

Before their execution or deportation to the labor camps, tens of thousands were interrogated and tortured into signing confessions to made-up crimes against the Soviet people and government, including giving names of imaginary accomplices to their anti-Soviet deeds. When Stalin was told that this method was bringing forth the desired results, he told the NKVD interrogators, “Give them the works until they come crawling to you on their bellies with confessions in their teeth.” Then, in another purge after World War II, Stalin simplified the instructions even more: “Beat, beat and, once again, beat.”

The Central Planning of Mass Murder and Slave Labor

In the last years of the Soviet Union, when limited access to the secret archives of the Soviet Communist Party and the secret police began to be opened, a retired Soviet general, Dmitri Volkoganov, used the opportunity to write a new biography of Stalin. After the book was published, he told a Western reporter stationed in Moscow:

I would come home from working in Stalin’s archives, and I would be deeply shaken. I remember coming home after reading through the day of December 12, 1938. He signed thirty lists of death sentences that day, altogether about five thousand people, including many he personally knew, his friends . . . This is not what shook me. It turned out that, having signed these documents, he went to his personal theater very late that night and watched two movies, including “Happy Guys,” a popular comedy of the time. I simply could not understand how, after deciding the fate of several thousand lives, he could watch such a movie. But I was beginning to realize that morality plays no role for dictators. That’s when I understood why my father was shot, why my mother died in exile, why millions of people died.

Under Stalin in the 1930s, the Soviet central plan even had quotas for the number of people to be arrested and executed and how many were to be rounded up for forced labor in Siberia or Soviet Central Asia, or in the Arctic region of European Russia. A Russian researcher who also had access to closed archives in the last years of the Soviet Union told a Western journalist:

Recently I read a Central Committee document from 1937 that said the Voronezh secret police, according to the ‘regional plan,’ repressed in the ‘first category,’ nine thousand people – which means these people were executed. And for no reason, of course. Twenty-nine thousand were repressed in the ‘second category – meaning they were sent to labor camps. The local first secretary [of the Communist Party], however, writes that there are still more Trotskyites and kulaks who remain ‘unrepressed.’ He is saying that the plan was fulfilled but the plan was not enough! And so, he asked that it be increased by eight thousand. Stalin writes back, ‘No increase to nine thousand!’ The sickness of it. It’s as if they were playing poking [and upping the ante in tragic human lives].

As the Soviet Union was nearing its end, a Moscow-based reporter for The New York Times was taken on a tour of some of the mass burial sites from the Stalinist period by a Russian historian, including the one at the Donskoi Monastery:

See this gate? … Well, every night trucks stacked with bodies came back here and dumped them in a heap. They’d already been shot in the back of the head – you bleed less that way … They stacked the bodies in old wooden ammunition crates. The workers stoked up the underground ovens – right in through the doors – to about twelve thousand degrees centigrade. To make things nice and official they even had professional witnesses who counter-signed the various documents. When the bodies were burned they were reduced to ash and some chips of bone, maybe some teeth. They then buried the ashes in a pit … When the purges [of the 1930s] were at their peak … the furnaces worked all night and the domes of the churches were covered with ash. There was a fine dust of ash on the snow.

The Soviet nightmare did not end with Stalin’s death in 1953. It continued under his predecessors until the end of the Soviet Union in 1991. In the 1970s, KGB psychiatrists concluded that a clear sign of mental illness was any criticism or opposition to the Soviet State. Since Marxist theory had explained that “history” dictated the eventual and final victory of socialism over capitalism, anyone who challenged Soviet authority demonstrated their break from the “laws of history,” and therefore from reality. Critics would be condemned to forced incarceration into mental institutions, in which various excruciatingly painful drugs would be administered for weeks, months, even sometimes for years, to bring anti-Soviets to their socialist senses.

The Banality of Soviet Evil and the Death of Mankind

The anti-totalitarian philosopher Hannah Arendt once referred to the “banality of evil.” In the totalitarian state, according to Arendt, such cruel, brutal and daily deeds become the institutional commonplace. That made it all even more invidious in that it came to be taken for granted, expected, and practically “routine.” And this was repeated in every country that saw comprehensive socialist central planning control imposed in the 20th century.

Igor Shafarevich was a Soviet mathematician and dissident associate of Aleksandr Solshenitsyn who also spent many years in the Gulag. His book, The Socialist Phenomenon (1980) was smuggled out of the Soviet Union and published in the West. At the end of the book, Shafarevich reached the following conclusion: “Most socialist doctrines and movements are literally saturated with the mood of death, catastrophe, and destruction . . . One could regard the death of mankind as the final result to which the development of socialism leads.”

There is, today, a new chorus of voices once again calling for a socialist future of increased political paternalism and forms of centralized economic planning. It is crucially important for the history of socialism-in-practice not to be forgotten and for it to be known to a new generation who have been fortunate enough not to live under its terrible reality of terror, tyranny, and social disaster. Otherwise, history may tragically repeat itself.