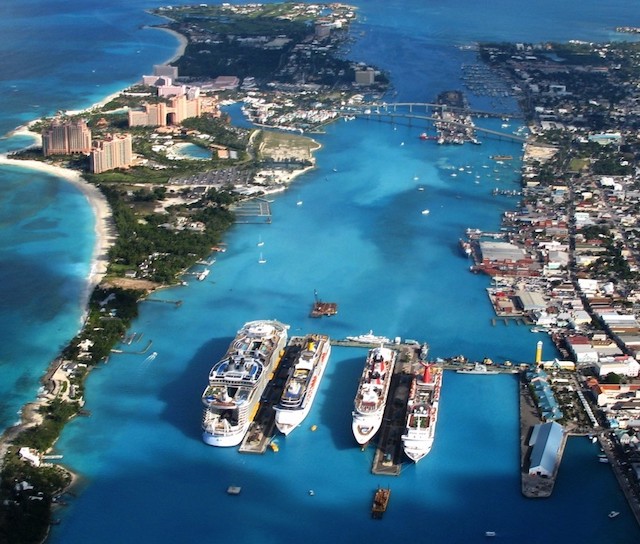 Last October, the  Ministry of Tourism, noting that 3.5 million  passengers  annually were visiting  Nassau via several cruise lines, issued a detailed Request for Proposal (RFP) for “an upgrade and revitalization of  the downtown Nassau tourism product.”  Although we are statistically the largest Caribbean  destination, it was common knowledge that  we ranked low in guest satisfaction and tourist spending.

The  Government RFP demanded not simply physical improvement and expansion of the Prince George Wharf complex, but “upland redevelopment for improving  the guest  experience”. In other words, the winning bidder must  land more  passengers and also show how to  entertain them. Three bids were submitted by the deadline of  December 7th, each meeting the RFP’s required capital commitment of at least  $100 million to its project,  which it would  operate for a concessionary period of 25 years.

Last month the  Evaluation Committee  headed by Director General of Tourism  Joy Jibrilu made its  recommendation to Cabinet,  and now  Government  has  announced  the  winning bidder:  the UK company Global Ports Holding (GPH),  controlled by Turkish principals  but publicly quoted  on the   London Stock Exchange.

GPH started business with tourist ports in Turkey  and the Aegean, and expanded  to  major European tourist travel hubs such as  Barcelona, Lisbon, and   Venice.  Its only Caribbean ports  to date are  the recently opened Havana and  Antigua sites. It  sees  Nassau as its  major entry into this  hotly contested cruise zone,  and has been studying  our city   for over a year, having made   an unsolicited   proposal well before the  RFP was announced.

Since GPH is a public company issuing detailed annual reports , its financial picture and track record are transparent, as are details about more than a dozen ports  it manages, extending as far as Singapore. It’s clearly the  world’s  largest enterprise specializing  in the shoreside  handling of cruise-line passengers. But It should not be forgotten that  two other competent bidders  entered  the lists against this  formidable competitor.

Port of Nassau Partnership  was composed of  two elements:  the Bahamian  company Cruise Ports  International  with a 60% stake, and Cruise Lines  Group, with 40%,  a coalition  of the four leading  cruise lines serving  Nassau, Carnival, Royal  Caribbean, Disney, and Norwegian. The  local ownership was led  by well known retired insurance executive Gerard Strachan who for over ten years has been trying to launch his multi-party “Culture Village” concept .  However, more public attention was focused on the possible conflicts of interest posed by the cruise lines’ major role, and Minister of tourism D’Aguilar emphasized this factor in Government’s  rejection of this bid.

The other rejected bid came from  Nassau Port Partners, carefully constructed by  Kenwood Kerr, CEO of financial firm Providence Advisors, administrator of our largest public pension funds.  Although  technically  Bahamian owned and committed  to opening  a dedicated pier park , this entity had to rely on expertise  from foreign-owned contractors like Metro Cruise Services, a California company managing  cruise ports on the US east and west coasts, a prize-winning  venture but lacking the international scope of  Global Ports Holding.

Neither of these two  candidates could match the proven management expertise and financial  resources of  GPH.  Its video presentation has  been widely seen and has drawn comments from local retailers such as “They were far away the most ambitious of the revitalization project bidders—exactly what downtown has been needing for many years now”—including  a dramatic open-air amphitheatre.

To assure substantial local ownership of the project , GPH is partnering  with investment bank CFAL  in creating a fund to offer participating shares for as little as $1,000, financing a up to 49% of the estimated $250 million capital cost.

Of course, nothing is proven until successful execution, but GPH has already dispatched its senior executive Colin Murphy to shuttle between Miami and Nassau, and Minister D’Aguilar is clearly keen to put a feather in his political cap by welcoming a Nassau renaissance  long  before  the next election.