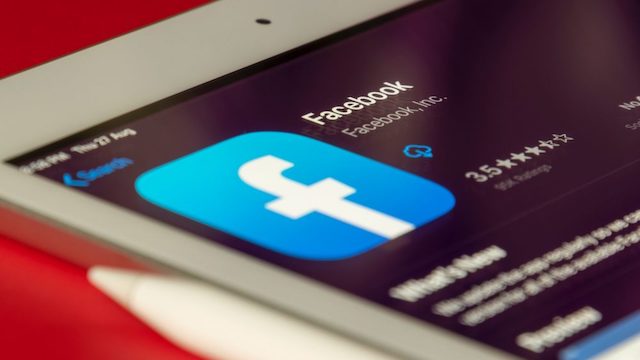 Many people believe they are being censored by social media companies. Those who post views—no matter how evidence-based—that challenge the dominant narratives (on climate change, racism, income inequality, etc.) have had their posts removed or themselves banned from social media platforms.

The investigative journalist Donna Laframboise reports that Facebook recently removed a Wall Street Journal review of physicist Steven Koonin’s book “Unsettled: What climate science tells us, what it doesn’t, and why it matters.” The third-party fact-checkers had concluded that the book review “builds on a collection of misleading and false claims.” Facebook promptly removed the WSJ review, lest any of their users read it—or Koonin’s book.

Such banning of content and users is not based on misrepresentation of facts, nor is it censorship.

As Laframboise shows, users have posts removed (or they get banned) not because they post misinformation, but because they post viewpoints, theories, or evidence that challenges the dominant narratives (aligned with the fact checkers’ views).

For example, according to the UN’s “People’s Climate Vote” survey, 64% of the over million respondents across 50 countries believe that climate change is an emergency. Who is Koonin, formerly a top scientist with the Obama administration, to challenge such a dominant view? Or who is Koonin to contradict the fact checkers who view climate science as settled and themselves as the chosen judges of truth about climate change?

Corporate banning is not limited to social media companies. Most mainstream news media companies have long since given up objective journalism. They have resorted to advocacy on controversial topics, such as climate science or economic lockdowns during pandemics. Even Amazon has started to ban books (or make them hard to find by not showing them in searches) that challenge the “correct” views, such as Koonin’s Unsettled.

Many call corporate discrimination and banning censorship. However, corporations cannot censor, only governments can. Only the government can forcibly restrict internet access of its citizens. Consider China, where the two-million-strong internet police force weeds out content critical of the regime or that violates the communist state’s laws. Similarly, the Communist Party’s newspaper Pravda (Truth) in the Soviet Union in its heyday controlled information—and was the main source of news.

Although banning by businesses makes it harder to access some information and viewpoints and to sell some books, there are alternative social media platforms, news media, and book distribution channels. And if there aren’t enough, people are free to create them. As long as the government doesn’t prevent them from doing so or doesn’t regulate content of media and booksellers, getting kicked off Facebook is merely an annoyance and books not appearing on Amazon searches only a challenge to overcome.

Why do companies ban certain topics and views?

I see two main reasons. One is the wokeness of their executives and staffers. They believe that their views are correct and those of others are not. They want to promote the “correct” views and the “right” facts and thereby make the world “better.” Therefore, they hold, it is OK to ban the “wrong” views and books.

The other, likely more prominent reason is the corporate executives’ pragmatism. They want to sell what customers want. After all, hundreds of thousands of people (according to that UN survey) believe that climate change is an emergency. The executives also want to appease the government, to avoid draconian regulations and other coercion.

Do companies have the right to ban the views (and books) they down like? Yes. They can do whatever they want with their own property (whether social or news media platforms or distribution channels), as long as they don’t initiate physical force or fraud.

Is it moral for companies to discriminate?  No. While companies have the right to do it, corporate banning should be condemned morally. Suppressing alternative viewpoints diminishes human flourishing: best ideas cannot win if they are suppressed, and best products cannot win if they are banned from markets. Moreover, while corporate banning might score political points from governments, it diminishes the profits of the banners, as some customers go elsewhere.

How can we curtail the suppression of alternative views and debate? Some suggestions: companies should either be open about their advocacy, or encourage all views and debate, and let their customers choose. Consumers of media should exercise source criticism and ask: Is this true? What is the evidence? Is the evidence trustworthy? What are the alternative viewpoints, and are they discussed? If the answer is ‘no,’ consumers could seek alternative media.

The real reason that prevents discovery of truth on any issue is government censorship of the internet, the media, publishing, and other business. If we don’t want to become China or Russia, we must defend freedom of speech and favor businesses that embrace it.

Photo by Souvik Banerjee on Unsplash