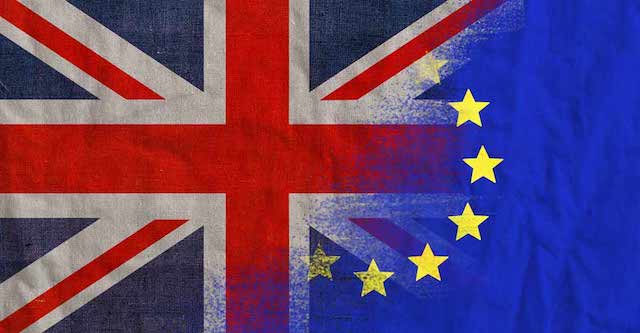 Instead of being deterred by a ‘no deal’ scenario, the UK should adopt a tit-for-tat strategy with the EU

I returned to London early last week to an extraordinary political landscape. Prime Minister Theresa May had suffered a tumultuous week in which she pulled her European Union (EU) withdrawal Bill, as it became clear, after the attorney general had been forced to reveal his legal advice to Parliament, that the “backstop” measures to deal with the Irish border question effectively, and indefinitely converted Northern Ireland and thereby the United Kingdom (UK) to EU vassals. There is little hope this Bill will pass when reintroduced on January 15.

Meanwhile, Mrs May has become a lame duck, having promised to stand down before the next general election, to narrowly win the vote of no confidence brought by the Tory Brexiteers. Mrs May rightly rejected the call for another referendum by the Europhiles as being a betrayal of the democratic decision in the 2016 referendum, which was reaffirmed in the manifestos of both major parties in the 2017 election. So less than 100 days before the UK is mandated to leave the EU, no one knows what form it will take.

The basic problem with this Brexit conundrum is that, from the start (in game-theoretic terms), the UK negotiators (mainly Europhile civil servants) were playing the wrong game with Michel Barnier — the EU’s chief negotiator. They thought they were playing a co-operative 2-person game in which a mutually beneficial solution could be found. In fact, from the statements made by the European Commission — that its aim was to have a Brexit deal which would inflict substantial damage on the UK to discourage other potential “exiters” — the EU was playing a 2-person, repeated non-zero sum, non-cooperative game. The most familiar example of which is the Prisoner’s Dilemma (on which more below).

That the EU was not playing the co-operative game should have become clear with the issue of the Irish backstop to avoid a “hard border” between Ireland and the UK. In an article detailing how this arose, Liam Halligan of Capital Economics argues (in “The ‘vexed question’ of the Irish Backstop”, Sunday Telegraph, December 18) that the responsibility lies with the young, gay, Parsi, Leo Vardakar, the Irish Taoiseach since June 2017. After the Brexit referendum, his predecessor Edward Kenny had sought a negotiated solution. The UK and Irish civil servants set to work, on schemes “to cope with cross-border trade flows which, while important to local communities, are really rather small”. Mr Vardakar disbanded them and ended direct UK-Irish collaboration. In November 2017, Mr Vardakar upped the stakes “demanding Britain sign a ‘backstop’ — making it impossible to leave the EU’s customs union unilaterally, while drawing a border down the Irish Sea.” But as Mr Halligan argues, citing various customs and tax specialists, this ‘hard’ Irish border is fictitious. “The WTO visiting Ireland last month confirmed no new border infrastructure is needed.” The existing largely virtual border “already copes with different currencies, excise duties, VAT rates, income and corporation tax. There is no reason minor trading rule variations can’t also be managed”.

It is time, therefore, for Mrs May to withdraw her Withdrawal Bill, and instead present an exit Bill based on the repeated Prisoner’s Dilemma game, the objective of which is to negotiate a free-trade agreement (FTA) with the EU. As Robert Axelrod showed in his The Evolution of Cooperation, from a tournament of game theorists presenting their strategies for the repeated Prisoner’s Dilemma non-cooperative game, that the winning strategy was “Tit for Tat”.

So, Mrs May should announce in January that the UK will leave the EU customs union and single market as well as the jurisdiction of the European Court of Justice on March 29. But, to facilitate the negotiation of a free-trade arrangement with the EU, the UK will provide duty-free access to imports from the EU for a limited period. If the EU reciprocates with similar duty-free access for British exports for the period it takes to complete a legal FTA, there would be no change in the import/export trading status quo after March 29. There would be no need for lorry parks, stocking of food and medicines, or disturbance of supply chains.

If instead, the EU puts on its external trade tariff for non-members, the UK will also levy its WTO tariffs on EU imports and initiate immediate talks with the US, Australia and New Zealand for FTAs. Given that the bound EU agricultural tariffs are the highest on competitive imports from non-EU agricultural exporters, concluding such FTAs should mitigate some of the damage to the UK’s agricultural exporters, whilst, by allowing imports from non-EU sources, food prices in the UK should fall. The UK’s levying of the bound WTO tariff on agricultural imports from the EU should hurt their agricultural producers, particularly the French who have been the most reluctant to offer the UK a mutually beneficial trade deal. For non-agricultural EU imports into the UK, applying WTO tariffs should hurt Germany — another recalcitrant on an FTA with the UK. Its industrial exports, particularly of cars, would be hit, with it being estimated that this “could slash German exports to the UK by 57 per cent”, threatening “more than 750,000 jobs in Germany which depend on exports to Britain” (Ambrose Evans-Pritchard, “It is time to break free as Germany fears no-deal cost”, Daily Telegraph, December 20).

For non-agricultural UK exports, EU barriers to trade consist of tariffs and non-tariff barriers (like standards). The latter have already been incorporated into UK domestic law through the Great Repeal Bill. This means there would be no change in the administrative processes for meeting these standards for UK exports to the EU (including Ireland), and no need for any new surveillance and administrative machinery after Brexit.

Tariffs would be the only new trade barrier on UK exports. These can be collected and monitored as part of the existing Irish and EU administrative machinery that monitors standards. There is no need for any new physical or other infrastructure, and hence no need for any Irish “backstop”.

Would the replacement of the UK’s current tariff-free access to the EU by the common external tariff charged to non-members greatly damage the UK economy? Under WTO rules, the EU would not be able to raise its tariffs on UK exports above the WTO bound tariff. The table (European Union common external tariffs) shows that the EU’s simple average final bound tariff for all goods is 5.5 per cent, with that for agricultural goods being substantially higher at 13.5 per cent than for non-agricultural goods of 3.9 per cent.

To judge how little this would affect UK exporters to the EU, the graph (British Pound vs Euro) shows the fluctuations in the euro/pound exchange rate over the last year. The rate falls by 5.2 per cent between April and August and rises by 5.5 per cent between August and October. The average EU bound WTO tariff falls within this range. It is difficult to believe that exporters would not be able to easily absorb the tariffs.

That playing tit for tat would work is borne out by the response in the EU and Ireland to the failure of Mrs May’s Withdrawal Bill to pass and the growing likelihood of a “No Deal”. The EU in its “no deal” preparations has already granted a year’s legal reprieve to the derivatives market-based in London and a temporary “basic connectivity” plan keeping British planes flying and lorries travelling to the EU. Whilst Leo Vardakar has suggested Ireland would seek to maintain an open border with the UK even with a “no deal” Brexit, (Financial Times, December 21). This gives the lie to the need for an Irish backstop in a withdrawal Bill. Hence, if Mrs May follows the simple tit-for-tat strategy outlined above, Britain may hope to have a Happy New Year.