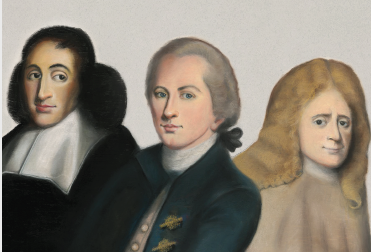 The Essential Enlightenment includes a new book, website and animated videos, which summarize key aspects of the research.

Published by the Fraser Institute, the book (edited by Aeon J. Skoble, professor of philosophy at Bridgewater State University and senior fellow with the Fraser Institute) outlines the Enlightenment’s key ideas of liberty, freedom, limited government and separation of church, which helped change the world.

Prior to the Enlightenment, which began in earnest in the late-1600s, religious and political absolutism dominated Europe. But these ideas—rights, freedoms, liberty—represented a new way of thinking about government and directly challenged the power of monarchs and the church.

Indeed, governments and church leaders banned many of the radical ideas of the movement’s well-known thinkers, which included Baruch Spinoza, Montesquieu, John Locke and Immanuel Kant. Yet ultimately, these ideas lay the foundation for the liberal democratic institutions we take for granted today including impartial courts and the rule of law, democratically elected governments, equality for all people and freedom of speech.

Finally, in addition to significant changes in philosophical and political thought, Enlightenment thinkers such as Adam Smith and David Hume also introduced radical new economic ideas about market economies and increased prosperity, which helped spark even greater change across Europe and North America.

More from this study