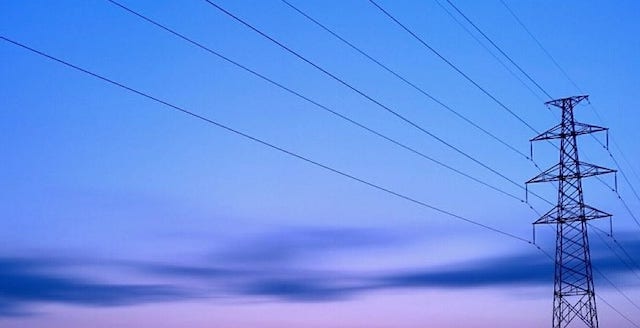 The federal governments in both the United States and Canada are determined “not to let the pandemic go to waste.” They are planning to fundamentally alter our societies and economies by “building back better” through new programs and trillions of dollars in new spending.

These “build back better” schemes are to be funded primarily through more taxes and debt. The latter, of course, is to be paid by more taxes in the future, given that governments are not producers of wealth. They merely spend the wealth that businesses create.

Whether the “build back better” schemes will actually improve citizens’ lives, as the governments imply, depends on the definition of “better.” Both President Biden and Prime Minister Trudeau claim that they want more equitable societies. By “better” they mean equity of income and wealth, achieved through “free” public education (including college) and massive wealth transfers from those who produce more to those who produce less or not at all.

But the “build back better” schemes are not only wealth re-distribution plans. They involve increasing government control in all aspects of our lives. This is what Biden and Trudeau are after. “Better” for their governments also means “greener” economies powered by carbon-free energy (although not nuclear energy), which they believe is needed to avert the “existential threat” of climate change.

The government taking away larger portions of our property through taxes significantly reduces our ability to act. But dictating what kind of energy and how much you can produce, sell and consume (through canceling oil pipelines and nuclear power plants, or imposing carbon taxes and electronic vehicles, for example) also delimits your ability to produce and live. (Such regulation also does next to nothing to alter world’ climate that keeps changing regardless of human activity and poses no threat of a catastrophe. For evidence, see these books by Steven Koonin and Bjørn Lomborg).

Besides our freedom to produce, trade and keep or dispose our property, the governments’ “build back better” schemes also violate our freedom of speech, such as regulating what content tech companies can and cannot publish on their platforms, and what anyone can post  online (the latter is targeted by new amendments to Canada’s Bill C-10). Without freedom of speech, we are not able to criticize the government and defend our freedom to pursue our lives as we choose.

The common factor in both the U.S. and Canadian governments’ schemes to “build back better” is the erosion of individual freedom. That is why such schemes cannot make our societies and economies better. They will make us only poorer—because lack of freedom drives economic poverty.

By violating the producers’ (businesses’ and their employees’) right to freedom by taking their wealth and giving it to those who produce less,  governments do not reduce poverty or make income and wealth more equitable. As we know from all such experiments in the past, high taxes on income and wealth merely cause the producers to produce less, or to move to freer, lower-tax jurisdictions. Witness the exodus of businesses and individuals from California today.

Other violations of freedom (such as the government curtailing free speech or dictating how businesses should operate) further hamper investment in innovation and productivity, both of which are required to create wealth and to raise incomes. The less freedom, the less innovation, productivity, and wealth creation, as Matt Ridley observes in his brilliant history of innovation: How Innovation Works and Why It Flourishes in Freedom.

If the governments in the United States and Canada and elsewhere truly want to help their economies recover from the COVID pandemic and to improve the lives of their citizens, what should they do instead of imposing “build back better” programs?

The governments should perform their proper role: protect our right to freedom against anyone who attempts to initiate physical force. “Better” cannot mean violating that right by forcible transfers of wealth, dictating energy production and consumption, and curtailing free speech. “Better” can only mean what is good by the standard of human flourishing. We can only flourish when we are free: free to think, to invent and create the material values that our lives require, and trade with others.

We are about to overcome the pandemic because businesses were (relatively) free to create vaccines, tests, and therapeutics for COVID. The economy will recover and grow when businesses will regain their freedom to operate—not when governments impose freedom-violating, impoverishing “build back better” programs.