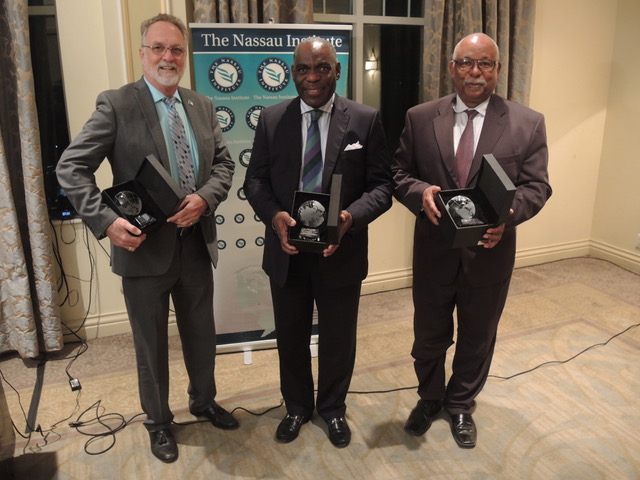 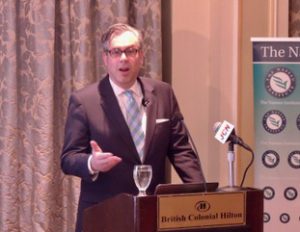 The dinner lecture this year was held on February 15, 2018 and the lecture by Dr. Peter Klein, was entitled Big Business: Friend or Foe?

Summary: Concerns about crony capitalism, corruption, and stagnant economic growth have turned the spotlight on Big Business. Are large, established firms good for the economy, or are innovation and job creation better served by smaller, more entrepreneurial firms? Does government work actively to help politically connected companies, and what does this do to the shape of industry and the economy? This lecture explores the role of big business in society, contrasting the views of Ayn Rand, Murray Rothbard, Alfred Chandler, Joseph Schumpeter, and other influential thinkers. It looks critically at the ways that government intervention affects how firms are structured, managed, and governed, and calls for market forces, not politics, to keep large firms in check.

About the speaker: Peter G. Klein is W. W. Caruth Chair and Professor of Entrepreneurship at Baylor University’s Hankamer School of Business, Senior Research Fellow at the Baugh Center for Entrepreneurship and Free Enterprise, and Carl Menger Research Fellow at the Mises Institute. He is author or editor of five books and author of over 100 articles, chapters, and reviews. His 2012 book Organizing Entrepreneurial Judgment (with Nicolai Foss, Cambridge University Press) won the 2014 Foundation for Economic Education Best Book Prize, and his 2010 book The Capitalist and the Entrepreneur (Mises Institute) has been translated into Chinese and Portuguese. He received his PhD in economics from the University of California, Berkeley, and a BA in economics from the University of North Carolina, Chapel Hill. He has held faculty positions at the University of Missouri, the Copenhagen Business School, the University of Georgia, and Washington University in St. Louis. He was a Senior Economist for the Council of Economic Advisers in 2000-01.

About The Nassau Institute: Founded in 1995 The Nassau Institute is a research institute – a think tank- that promotes capitalism and free markets. Our mission is to formulate and promote public policies for The Bahamas based on the principles of limited government, individual freedom, and the rule of law. The Nassau Institute encourages the revival of historical research promoting the free and enterprising commonwealth and countering the political philosophy of statism in all its forms. The Institute draws from the works of scholars such as Ludwig Von Mises, Friedrich Hayek, Murray Rothbard and others of the Austrian School as well as contemporary economists such as Milton Friedman, James Buchanan, George Reisman and numerous others who have advanced the cause of liberty.

A government that robs Peter to pay Paul can always depend on the support of PaulGeorge Bernard Shaw … (next quote)
%d bloggers like this: