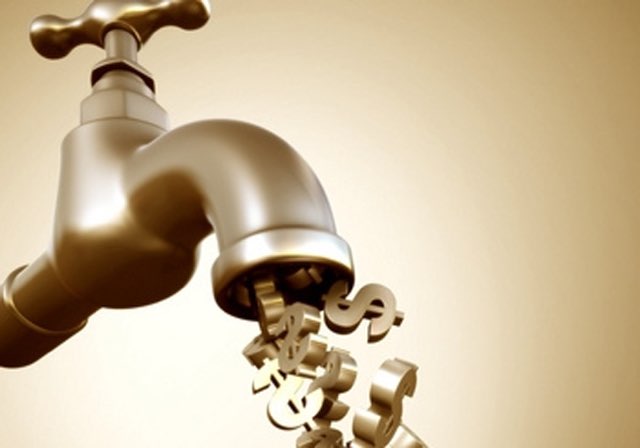 From a leftist perspective, wealth creation undermines people’s happiness (just check the United Nations’ Happiness Report)—and damages the environment through industrial development, pollution, and the depletion of resources. Although common, that perspective is mistaken.

Besides enhancing human happiness (by giving us purpose and material means of survival and flourishing), wealth creation is good for the planet—under the right conditions: private property ownership and protection of property rights. Without these conditions, there is not much incentive to produce, and wealth creation would grind down to a halt, as in Venezuela in the recent past.

Look anywhere in the world where the least wealth is being created, in other words, where poverty is the highest (such as in many places in Africa and other developing countries). These are the places that are also the most polluted, for lack of technology and infrastructure for sewage treatment, for emission controls, for cleaning up—and for the so-called “tragedy of the commons.” When there is little private property, all waste gets dumped onto the “commons” which no-one has an incentive to clean up. It is no wonder that some of the worst cases of industrial pollution were found in the former Soviet Union, and now elsewhere where the state owns all or most property.

How does one solve the problem of pollution? The answer: by boosting wealth creation, which makes possible new innovative technologies for preventing and cleaning up pollution. Boosting wealth creation requires private ownership of property and protection of property rights (by the government). These two conditions will diminish and eliminate problems of pollution. Every time someone violates others’ property rights by polluting their soil, airspace, or ground water, he will be prosecuted and made to pay compensation and fines.

Even if we grant the premise that earth’s resources are being depleted, human ingenuity, assisted by investment from those who create wealth, has always discovered new raw materials and created new combinations of those materials (such as aluminum and stainless steel, and more recently, plastics and ceramics) to replace what was used before.

We don’t use whale oil any more to light lamps but electricity generated by coal, oil, nuclear, or hydro power. And even if some resources are being in short supply—such as the rare earth minerals used to manufacture consumer electronics such as cell phones—companies develop technologies to recycle those materials. Japanese companies, for example, have developed highly advanced methods of recycling almost all rare earth minerals from used cell phones.

Any “depletion” of natural resources can be found, again, primarily in the poorest areas of the world without much private property and limited property rights, such where people live on subsistence farming, such as remote regions in South-America or Africa, or depend on hunting and gathering. Poverty and lack of private property prevent farming practices that allow fertilization, crop rotation, and “resting” of fields and leads instead to soil erosion and depletion of nutrients. Poverty and lack of private property also lead to over-harvesting (of crops and trees), which undermines sustained production. And hunters and gatherers do not produce; they merely consume.

The only antidote to both pollution and “depletion” of natural resources is wealth creation, protected by private ownership and property rights, which makes efficiency-enhancing—life-enhancing—technologies possible. Instead of undermining wealth creation by income “re-distribution” schemes and by regulations hamstringing companies, governments should gradually privatize all property, let companies be free to produce, create wealth, and to innovate—and protect everyone’s right to private property.

The healthy state of industry and wealth is the state of absolute liberty, in which each interest is left to take care of itself. The only useful protection authority can afford them is that against fraud and violence. Taxes and restrictive measures never can be a benefit: they are at best a necessary evil; to suppose them useful to the subjects at large is to mistake the foundation of national prosperity...Jean-Baptiste Say … (next quote)
%d bloggers like this: